“Wash up, kiddos − it’s time for supper!” I don’t know about you, but I can still hear the tenderhearted voice of my mother giving this routine beck and call. My childhood days were spent fighting imaginary wars with my brother and sister in our back yard, playing baseball with my dad, picking strawberries with mom, and having fun outside in the hot Texas sun.

My mother’s hope was that all the grit and grime we picked up during our backyard escapades and baseball games would keep from settling on and around her dinner table. This was a reasonable expectation, considering the copious amounts of dirt we most certainly tracked all over her carpets and floors.

Now, to be honest, mom’s concern wasn’t so much about the “dirtiness” of dirt, as it was about its unsightliness. Mom simply wanted to keep her house and children looking clean, especially during mealtimes. She wasn’t all that concerned about the supposed “danger” of germs. This was because it was generally understood back then that being outside is good for kids and helps them build a strong immunity. 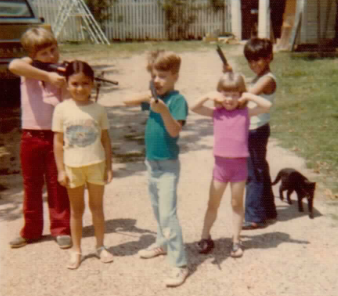 Here’s an old photo with me, my brother Ron, my sister Cherith, and two of our friends playing “cops and robbers” (circa 1976). Yes, that’s me on the left in my pink tank top. LOL!

This is in stark contrast to the sterility mindset of many of today’s parents today who try to keep their children away from dirt in order to protect them from infection and disease.

Why am I bringing all this up, you might be asking? The answer is simple: our natural world is filled with germs. But many of these germs are beneficial for our health, conferring all sorts of protections both in plants and people.

My mother and many others like her never would have been able to verbalize this with any sort of scientific precision. But, they seem to have understood (more so than many people do today), that our relationship with nature is synergistic. That it’s something to be revered and respected, rather than feared.

People from other countries seem to understand this concept better than many Americans do. However, we’re slowly catching on to the myriad ways in which bacteria can aid our health and protect our bodies against disease. I’d like to further help this awakening by introducing you to one of the most amazing probiotic bacterial strains which you’ve likely never heard of.

It’s known as Bacillus clausii, and it’s widely co-administered alongside antibiotic treatments at health clinics throughout Europe, but not yet in the U.S.

This gram-positive, rod-shaped bacteria is a soil-based microbe that’s been in use throughout Europe since at least the 1960s. However, it is said to have been identified by name in 1995 by German bacteriologist Dieter Claus. What sets B. clausii apart from most other probiotic bacterial strains is its unique ability to withstand high pH environments.

B. clausii also bears an exceptional tolerance for antibiotics, making it an effective adjunct for replenishing microbial flora during antibiotic treatment.

This can be a good thing or a bad thing, depending on the nature of the bacteria in question. B. clausii, after all, is just one species in the larger genus of Bacillus bacteria. This grouping boasts roughly 77 different unique bacterial strains.

The ability of Bacillus bacteria to outsmart antibiotics rather than succumb to an inevitable death like most other bacteria do has the potential to make it a malignant “superbug.” Thankfully, B. clausii operates much differently.

A 2007 pilot study published in the Journal of Therapeutics and Clinical Risk Management demonstrates the specific immunoprotective properties of B. clausii in children with chronic respiratory infections. Researchers out of Italy found that a three-month treatment regimen with B. clausii was enough to help reduce not only the intensity, but also the frequency of respiratory infections. Its benefits persisted beyond the trial period, suggesting that B. clausii‘s benefits are potentially permanent.

A study published several years later in the Journal of Yoga & Physical Therapy came to similar conclusions about the benefits of B. clausii in children with chronic diarrhea. I mentioned earlier that this unique bacterial strain survives high pH environments. But this particular study found that B. clausii also survives low pH environments, having a unique affinity for the bowel wall where it affixes and colonizes the bowel mucosa.

The beneficial effects of this, the research reveals, include the ability of B. clausii to survive its way past the digestive juices of the stomach and into the small intestine. There it works its magic in targeting the viruses and bacteria that cause diarrhea both in children and adults. After just 10 days of treatment, patients with watery stools suddenly had soft ones, all without any negative side effects.

B. clausii was also shown to help mitigate the damage caused by antibiotic treatments for Helicobacter pylori, a major cause of intestinal ulcers and other gastrointestinal problems. Diarrhea from other causes was also found to respond positively to B. clausii treatment. This led researchers to conclude that the probiotic strain possesses both antimicrobial and immunomodulatory (able to modify immune response) activities.

All in all, the sum of existing scientific research definitively shows that B. clausii is a unique and powerful bacterial strain. It releases antimicrobial substances that target some of the worst “superbug” strains that humanity faces today, including Staphylococcus aureus (Staph infection), Enterococcus faecium, and Clostridium difficile (C. diff.).

At the same time, B. clausii helps boost the immune system while repopulating the gut with “good” bacteria − a win-win for public health. 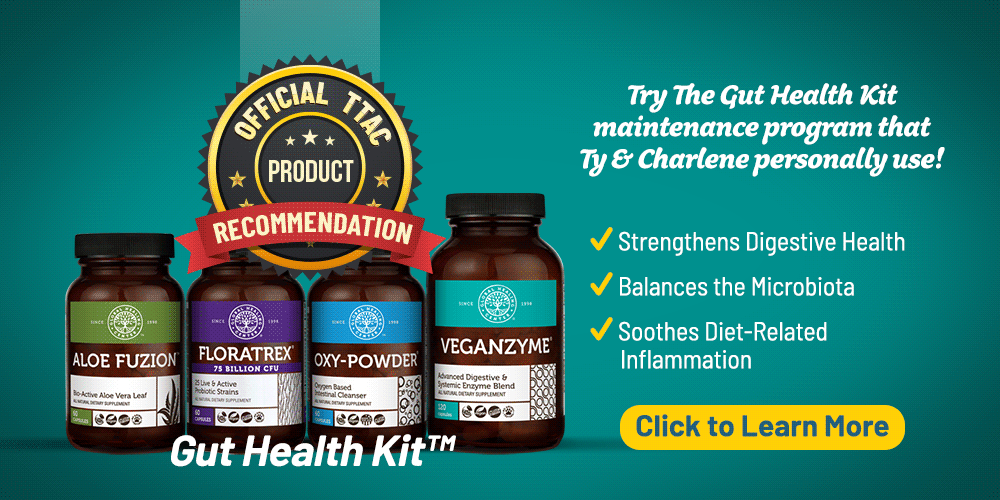 ←
Previous
Communities Worldwide Move to Ban Glyphosate for Good
→
Next
In Sickness and in Health: Everything You Need to Know About the Gut