You are here: Home / Uncategorized / Heavy Metal Poisoning: Are You at Risk? (video) 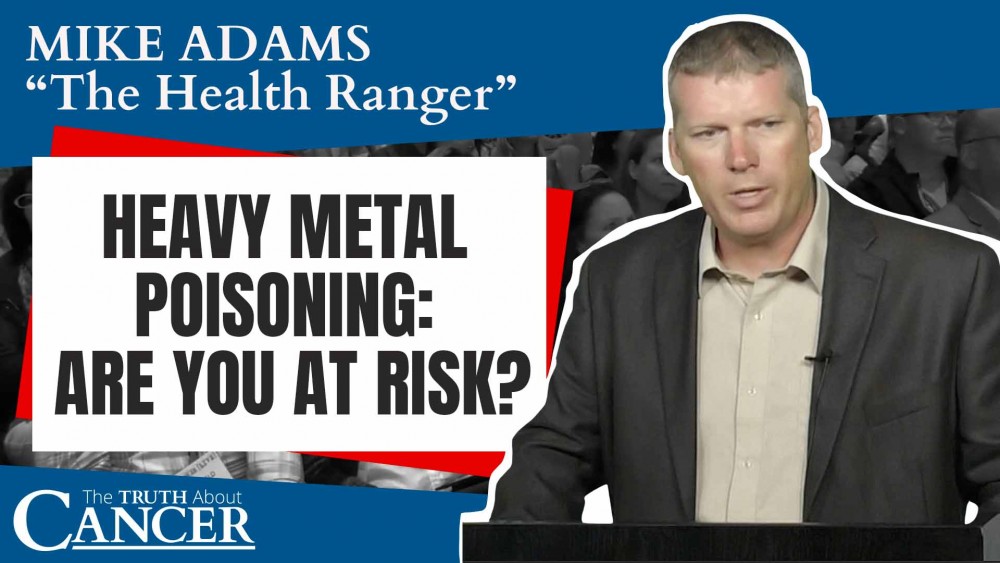 Video Transcript – Heavy Metal Poisoning: Are You at Risk?

Ty Bollinger: Did you know that there may be lead lurking in your drinking water?  Or that some natural medicine from China and India are heavily contaminated with lead? Unfortunately, the lead amount found in some Ayurvedic herbs is astonishing.

Charlene Bollinger: Mike Adams, an outspoken consumer health advocate, award winning investigative journalist, and science lab director, is talking in this video about how you may be exposed to heavy, toxic metals in drinking water and how the government is covering it up.

Ty Bollinger: Make sure to watch this video to the end to discover which lead sources you should be avoiding.

Mike Adams: So, let’s go through the metals now and talk about routes of exposure and how you can avoid these in order to protect your health.

Arsenic is the first one. Now, arsenic is typically known in two different forms called organic and inorganic. Organic simply means that arsenic is one element in an organic molecule, which typically means it has carbon chains.

So, the form of arsenic really, really matters. In certain forms it’s safer; in other forms it’s very dangerous.

Now, mercury is a bit of an exception of this because it’s toxic in every form. There’s no such thing as a safe form of mercury; not ethylmercury, or methylmercury, or organic, inorganic, and so on.

Now arsenic, let’s talk about what it’s linked to in terms of its cancers. Arsenic causes lung cancer, and bladder cancer. There are hundreds of thousands of people that die every year around the world from drinking arsenic out of a water well. Now, that arsenic is “naturally occurring,” but it’s very toxic and it causes cancer and it kills hundreds of thousands of people, and studies have shown that arsenic continues to raise the risk of cancer many, many years after initial exposure.

So, if you’ve ever consumed water from a contaminated well, your risk of cancer is high even if you’re not consuming that arsenic-tainted water today. This underscores the importance of having a good water filter system. If you have well water, you need to have your well water tested.

If you’re drinking city water it’s probably relatively safe in terms of arsenic because federal mandates require testing. Required to meet certain limits, but it’s not a bad idea to test your city water as well for other contaminants. 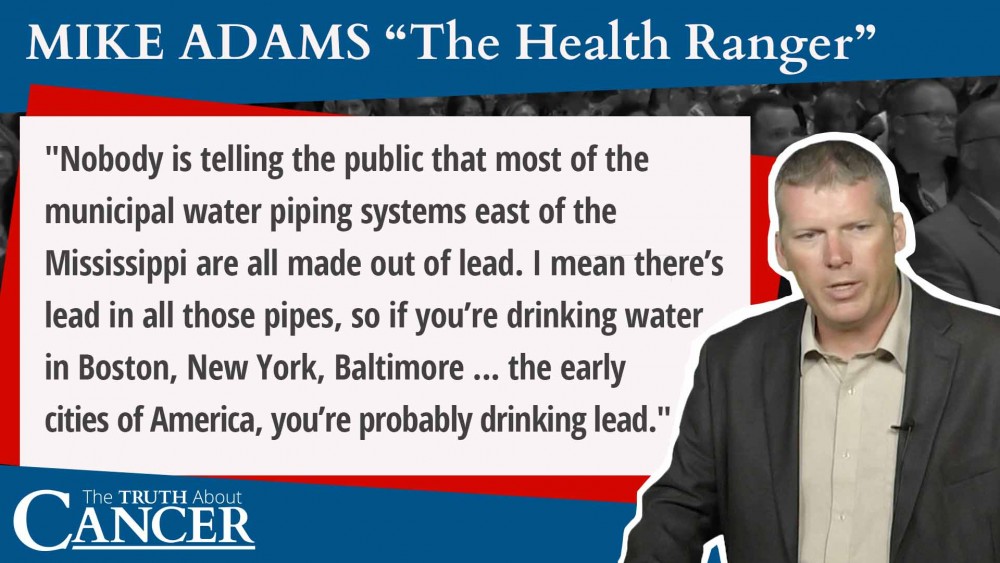 Nobody is telling the public that most of the municipal water piping systems east of the Mississippi are all made out of lead. I mean there’s lead in all those pipes, so if you’re drinking water in Boston, New York, Baltimore, you know especially the east coast region, the early cities of America, you’re probably drinking lead. And yes, they can cover it up and they do, and sometimes they get charged with felony crimes, and sometimes the public never hears about it.

So, if you’re not filtering your tap water, then you may already be brain damaged by lead. That’s all I’m saying. You need to get a water filter. You need to filter water. Don’t trust your city, don’t trust your local government, your local water source. More often than not, they’re lying to you about the actual contaminants that are in the pipes.

Even when they conduct tests they will typically turn on the faucet and run the water for some period of time to clean out the lead residue that has been sitting and gathering in the still water. So, they’re getting an artificially low result that’s not really indicative of what you would be exposed to if you consumed that water yourself.

Be very careful about natural medicine from China and India. The lead that’s found in Ayurvedic herbs is astonishing. It will blow your mind. The mass poisoning that’s taking place in some of these systems of medicine where the production of herbs is not carefully monitored, or they’re doing no testing via ICP-MS. That’s the instrument that I use for heavy metals testing in my lab, CWC labs.

We have consistently seen herbs from China, the traditional Chinese medicine herbs, as well as Ayurvedic herbs, as well as dietary supplement roots, such as turmeric, garlic, and ginger, all heavily contaminated with lead.

Now, a lot of those products are grown in India, and India has a lead contamination problem, but so does China. So, if you’re getting these traditional Chinese medicine herbs from China and you’re not making sure you have lead-tested sources, then there’s no question you’re getting heavy contamination of lead. It’s in almost everything.

←
Previous
Canine Cancer: Are We Barking Up the Wrong Tree?
→
Next
5 Tips When Using CBD For Dogs: The Safest Cannabinoid for Pets