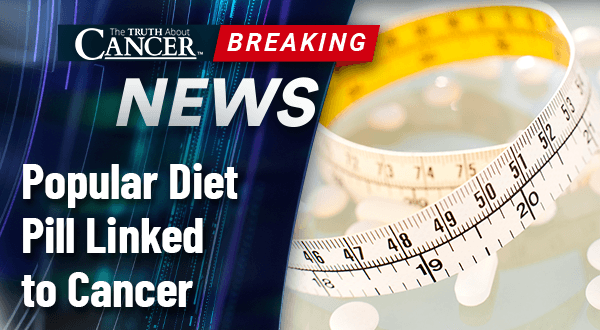 Last week, the FDA issued a warning that the weight loss drug lorcaserin hydrochloride (sold under the brand name Belviq) was associated with an increased risk of cancer. The drug was designed to increase feelings of fullness. While the studies are ongoing, the initial data suggests a connection between the diet pill and cancer.

Researchers don’t yet know the mechanism and can’t say definitively whether there is correlation or causation, but one thing is clear: people taking the weight loss drug are more likely to develop cancer. The research is just recently underway, even though the drug was approved by the FDA way back in 2012.

The decision was a relatively controversial one, given that lorcaserin only showed a 3.3% improvement over the placebo group. There was also concern that lorcaserin could cause heart valve issues, but there was not enough data done to prove it one way or the other. Still, the FDA’s Endocrinologic and Metabolic Drugs Advisory Committee voted 18-4 – with one abstention – in favor of approving the drug.

It was also not the first time that lorcaserin has been before an FDA review panel.

In 2010, Arena pharmaceuticals, the creators of Belviq, went before the FDA committee but was denied approval by a vote of 9-5. The committee members were asked to determine if the medical benefits of the drug outweighed the potential risks.
These members believed that the benefit of the drug was minimal, with less than half of all patients achieving at least a 5% loss in body weight. They were also concerned about data from animal studies that suggested an increased risk of tumors in rodents who received the drug.

The committee recommended in 2010 that the drug not be approved, citing small benefits and potential risks for cancer and valvulopathy (disease of the heart valves). They recommended further research to prove the safety and efficacy of the drug.
Just two years later, Arena brought the same drug in front of the committee. There was still a concern about heart valve disease (and several panelists recommended that patients taking Belviq receive regular echocardiograms as a precaution). And the link between the drug and tumors in rats was waved off as something that should be of no concern in humans.
And while the FDA isn’t required to follow the recommendations of these committees, they nearly ALWAYS do. And that’s a problem, because unlike actual FDA members, these panelists don’t have to report any conflicts of interest.

Often times, the panels can be bought.

A look into the finances of these committee members paints a more sinister picture. Physicians who sit on these advisory boards nearly always end up taking money from the companies relying on their votes. These bribes are not well-masked, showing up as consulting fees, travel compensation, or research grants.

An analysis of pharma payments to 107 physicians who advised FDA on 28 drugs approved from 2008 to 2014 found that a majority later got money for travel or consulting, or received research subsidies from the makers of the drugs on which they voted or from competing firms.”

In this way, drug companies with inferior products or who lack the data to prove their safety simply need to find panelists who will “play ball.” Later these doctors will receive gratuitous speaking engagements and luxury travel accommodation, all while patients around the world suffer and die.

And these kinds of backroom dealings are just one example of the FDA turning a blind eye.

The FDA Does Not Care if Drugs Are Safe or Effective

In just 5 years, the FDA approved at least 24 cancer drugs with no evidence that they were safe or that they even worked.
In the FDA’s warning for lorcaserin, they stated that there was a “possible increased risk of cancer” and that “the cause of the cancer is uncertain, and we cannot conclude that lorcaserin contributes to the cancer risk. However, we wanted to make the public aware of this potential risk.”

They are instead relying on health care professionals to weigh the pros and cons of continued use and to report any adverse effects associated with the drug. Meanwhile, the FDA will continue research on a drug that has been on the market for the better part of a decade and which we KNEW came with an elevated risk of cancer.

This is exactly what happened when the FDA discovered that Zantac was giving people cancer. Rather than pull it from the shelves, they were satisfied to issue a simple warning. Thankfully, a joint effort by major retail pharmacies resulted in a complete disappearance of the toxic drug from store shelves.

And why won’t the FDA pull drugs that could be dangerous until all the research is in? Because they are beholden to the pharmaceutical industry and their lobbyists. Don’t believe me? Just take a look at some of these numbers:

The Truth About Weight Loss and Cancer

And there is something else to mention here – The vast majority of Americans should not be relying on pills to help them lose weight. The problem is our diet and lifestyle. The pill that’s likely giving people cancer won’t even help half of them lose 5% of their body weight. It’s all a scam to make money by convincing people that they don’t need to make the right choices to be healthy – they simply need another pill.

And obesity itself is a major risk factor for cancer. It can lead to heart disease and diabetes and often makes it harder to get the exercise you need each day.

According to studies conducted by the World Cancer Research Foundation, obesity itself is the likely cause of close to 20% of all major cancers, including breast, colon, esophageal, cervical, and more. At the same time, being overweight is a major factor in the onset of 58% of type 2 diabetes conditions as well as 21% of “ischemic heart disease” diagnoses.

Studies also show that exercise can help prevent cancer (and offers tons of other benefits). It is the key to cardiovascular wellness, respiratory productivity, and improved mood.

Another great way to lose weight is a healthy detoxification program. The Standard American Diet is so filled with toxins that it can overwhelm our bodies. The air we breathe, the water we drink, the clothes we wear, and the food we eat can make it nearly impossible to avoid those toxins.

Since toxins are usually stored in fat cells, you can kick cancer to the curb with the right balance of exercise, healthy diet, and a detox regimen.

I know that weight loss can be a challenge. We all have different bodies and you may have an injury or condition that makes it harder to shed the pounds. But the truth is that a healthy diet and lifestyle is your best bet for preventing, treating, and beating cancer.

The FDA and mega-companies like Arena aren’t here to help us heal; they’re here to make money. These drugs are not the secret to a healthier life. In fact, they could be killing you. Stop waiting for problems to arise and then turning to Big Pharma for a cure. Take control of your health today.