You are here: Home / Featured Articles / 3 Ways to Detox With Iodine 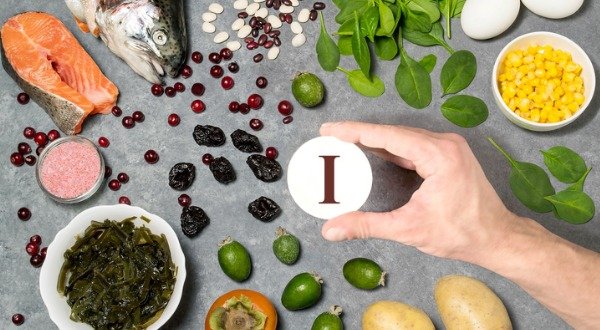 It’s a fact we can’t ignore: we live in a toxic world. In response to this, you have probably also heard about the importance of detoxing your body. You may have even tried cleanses for specific organs such as the gut, liver, or kidneys.

But did you know that there are certain nutrients that can “work their magic” by gently helping the body to detoxify on a daily basis? Iodine is at the top of this list of important minerals which can heal as well as cleanse.

3 Critical Ways that Iodine Can Help You Detox

Let’s get specific when it comes to the toxins that are impacting your health and the health of your loved ones. Many of the dangerous chemicals we take in from the air, water, soil, and food supply are called “endocrine disruptors.”

These endocrine disruptors include bromide, chlorine, fluoride, and their derivatives, such as perchlorate (found in jet fuel), which has a chloride component.

Conditions associated with high amounts of halides in the body include:

Endocrine disruptors like bromide4 do their damage by crowding out iodine in cellular receptor sites throughout the entire body. However, these three areas – thyroid, breasts, ovaries – are where concentrations of iodine are stored and utilized the most. Likewise, they are also the places where halides like to “hang out” most.

This is a big reason why getting enough absorbable iodine into your system every day is so important. Dangerous halides are in just about everything from drinking water to pesticides, and are also in the same category as iodine on the periodic table. This means that while halides can crowd out iodine, sufficient amounts of the right kind of iodine can gently and slowly crowd out halides as well.5

Of equal concern in our toxic world are endocrine disruptors that can come in the form of “xenoestrogens” which mimic aggressive forms of natural estrogen. Like halides, xenoestrogens such as Bisphenol A replace milder forms of estrogen in the body and are increasingly connected to breast cancer, according to a 2010 report published in the journal Hormones and Cancer, 6 among others. Iodine, on the other hand, can help flush out chemically-derived xenoestrogens. 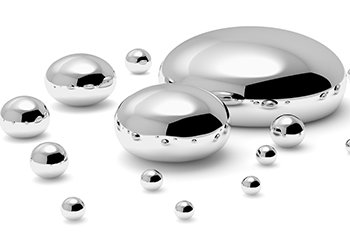 Iodine supplementation may help you detox from heavy metals like lead, mercury, cadmium, and aluminum. Dr. David Brownstein, author of the book Iodine: Why You Need It / Why You Can’t Live Without It and an expert in iodine, states that “Iodine is a chelator of mercury. It will bind with mercury and allow the body to release [it].”7

In a recent live lecture, Dr. Brownstein also stated that he has had much success using iodine to remove this dangerous neurotoxin from his own patients.

Well-known MD and wellness advocate, Dr. Bruce West, stated in his Health Alert newsletter that “[i]t is now proven that iodine…detoxifies the body of halide compounds, such as bromine and fluoride, and the heavy metals mercury, cadmium, and lead.”8

To date, studies that have been done on iodine’s chelation abilities are few and far between. It is clear from anecdotal evidence, however, that there is very likely a connection.

The major detoxification pathways of the body include the liver, the kidneys, the lymph system, and the skin. And guess what? Iodine is a major player in helping each one of these organ systems function at its best. Here’s how:

The Lymph System: Iodine deficiency is a common cause of lymphatic congestion, according to Dr. John Douillard, a global leader in the field of health and Ayurveda.9

The Liver: The thyroid and the liver are intricately connected, and iodine is a key for communication between them. The metabolic thyroid hormone thyroxine (T4) is comprised of 4 iodine molecules and is inactive when it is produced by the thyroid. It must travel to the liver to be converted to its active form, triiodothyronine (T3). When any of the components of this delicate process are off, the whole mechanism suffers, and so does your vital energy and overall health!

According to a 2002 British report, “[t]hyroid dysfunction may perturb liver function, liver disease modulates thyroid hormone metabolism, and a variety of systemic diseases affect both organs.”10

The Kidneys: As with the liver, there is a delicate relationship between thyroid function and the kidneys, in large part mediated by iodine. Several studies have established the link between kidney disease and thyroid malfunction.

Chronic kidney disease (CKD) is often characterized by low T3 production. Hypothyroidism is also very common amongst CKD patients, according to a 2012 study published in the Indian Journal of Endocrinology and Metabolism.11 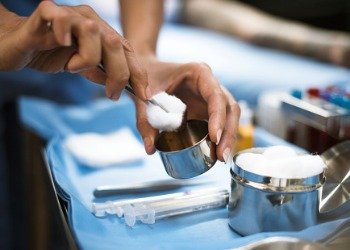 The Skin: Did you know that iodine is a natural antiseptic? In fact, in the 1800s iodine was regularly carried in vials around the neck and used to treat mosquito bites for the prevention of disease. Iodine can be useful in fighting infection and can be used as a wound cleaner. And it’s great for wrinkles on the skin as well!

In truth, iodine’s relationship with the detoxification pathways of the body is really a “Catch-22” and now you can see why! Iodine is needed for healthy functioning of these organs. At the same time, these organ systems need to function in a healthy way to utilize iodine in the first place.

Here’s the bottom line: make sure that you are taking action to help your liver, kidneys, and immune system every day. One of the ways you can do this is by getting enough quality iodine for the hundreds of functions it is involved in within your body.

How to Help Your Body Detox With Iodine

One of the best way to get rid of toxins and help your own natural detoxification pathways is to add iodine to your diet every day. Including more iodine-rich foods to your plate is one good way.

Here are some foods that contain fairly high amounts of iodine:

For some, if not most individuals, getting enough iodine from food alone may not be enough. The World Health Organization states that approximately 2 billion people worldwide have some form of iodine deficiency.12

Always tired? Fuzzy thinking? Weight gain? Then you may have this little-known nutrient deficiency that can contribute to all three problems and more. Discover the best way to fix it now to support high energy levels, sharp thinking, and a healthy weight.

←
Previous
The Magical Medicinal Properties of Cayenne Pepper for Cancer, Digestion, Heart Disease, and More
→
Next
What is Leaky Gut? Symptoms PLUS 7 Things to Avoid