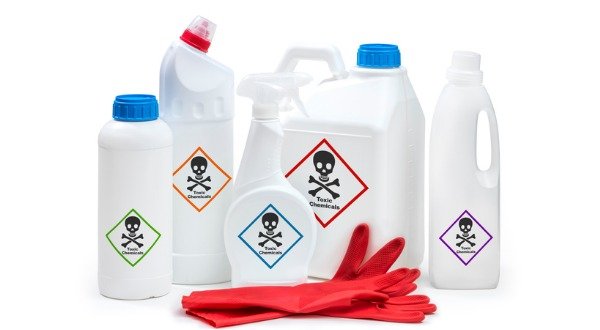 In late May 2018, Lowe’s declared that the home improvement chain would no longer be carrying any products containing the cancer-causing chemical, methylene chloride.

Where Is Methylene Chloride Found?

Methylene chloride is a carcinogenic chemical most commonly found in paint thinners and metal cleaning supplies.

Why Should You Avoid Methylene Chloride?

Exposure to methylene chloride can cause an attack on our nervous system, and in some cases cause liver cancer, fetal development problems, and even death.

How Lowe’s Became Aware of the Issue

Lowe’s became aware of this situation after the healthcare advocacy group “Safer Chemicals, Healthy Families” started petitioning in front of different store locations. Lowe’s acknowledged the petitioner’s concerns and took what they thought was the necessary action.

We care deeply about the health and safety of our customers, and great progress is being made in the development of safer and more effective alternatives. As a home improvement leader, we recognize the need for viable paint removal products and remain committed to working closely with suppliers to further innovate in this category.

Lowe’s also stated they are going to work closely with the Environmental Protection Agency in making sure products containing methylene chloride are off the shelves permanently.

What Health Advocacy Groups Are Saying

Safer Chemicals, Healthy Families, and other healthcare advocacy groups are proclaiming that the federal government has not done enough to ensure the public’s safety when it comes to exposing us to chemicals like methylene chloride.

When facing federal inaction on vital issues facing the American public — some of which are matters of life or death — retailers have a responsibility and an opportunity to do right by their customers.

What Can You Do to Avoid Carcinogenic Chemicals Like Methylene Chloride?

We are all exposed to toxins in our environment on a daily basis that are difficult to avoid. However you have control over the ones you bring into your home. Click here for tips on how to cancer proof your home. Plus, discover ways you can avoid potential toxins hiding in common household cleaning products.

←
Previous
Can Keeping Your Baby Too Clean Lead to Leukemia?
→
Next
An Intro to Homeopathy for the Healing Revolutionist (Video Part 1)