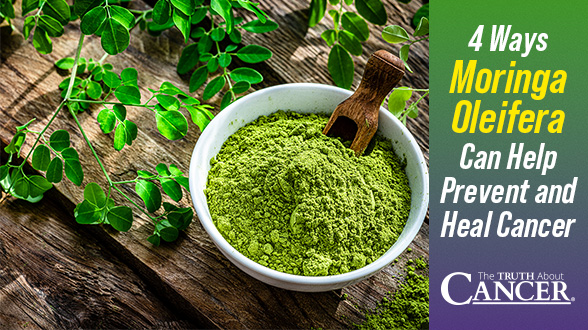 There are so many ancient plants and herbs that can have an effect on cancer. It still amazes me that so many of them are still unknown. Moringa (Moringa oleifera) is a different story, however. Moringa is a tree that grows in Latin America, Asia and Africa as well as parts of Oceania, including Micronesia and Polynesia.

It has been used for thousands of years in these areas but over the last decade or so, it has also been studied heavily in the West. It is often called the “miracle tree” because it can be beneficial on so many levels. The most exciting findings, however, are what this extraordinary plant (used widely in herbal medicine) can do to prevent and fight cancer growth.

In fact, moringa is so powerful, experts mention it multiple times in our documentary, Eastern Medicine: Journey Through ASIA.

Ask any integrative or holistic professional and they will tell you: the main reason for any disease state, ultimately, is inflammation. Inflammation plays such a pivotal role in the development of any condition, including cancer, that even within the mainstream medical community, there is a whole theory based around it. It is called the inflammation theory of disease.1 It is based on years of scientific study which suggests that not only infectious diseases but also non-infectious ones have their root in inflammatory processes gone rogue.

One of the reasons why moringa is called a “miracle tree” is because of its power as an anti-inflammatory substance. One pivotal study was a 2002 French investigation2 which found that Moringa root helped treat acute inflammatory conditions such as rheumatoid arthritis and bronchitis.

Most research points to phytonutrient substances called isothiocyanates as the main compound that effects inflammatory responses in moringa.3 Many whole foods have anti-inflammatory constituents such as isothiocyanates within them. What’s unique about moringa is the amount of these substances that it contains.

Extensive research during last two decades has revealed the mechanism by which continued oxidative stress can lead to chronic inflammation, which in turn could mediate most chronic diseases including cancer, diabetes, cardiovascular, neurological and pulmonary diseases.”

As you can see, the MD Anderson study has been out for close to ten years now. So why isn’t this common knowledge for most Americans? That is an entirely different story, but now you know so spread the word!

Getting back to moringa, several antioxidant substances that can help prevent and fight cancer have been discovered in the plant. These include quercetin, chlorogenic acid, vitamin C, and beta-carotene.

Menopausal women are at a higher risk for reproductive cancer,5 in large part because estrogen levels drop significantly during this time and so do antioxidant levels. One 2014 investigation published in the Journal of Food Science and Technology found that when menopausal women took 1.5 teaspoons of moringa leaf powder every day for three months, antioxidant levels increased significantly.6

Quercetin found in moringa is a powerful antioxidant that has especially been linked to cancer protection. A 2009 study published in the Journal of Cell Biochemistry found that even low doses of quercetin had the ability to inhibit cancer cell progression.7

Moringa leaf extract’s antioxidant effects are so powerful, it can also be used as a food preservative!8

From what you know so far about moringa’s amazing health benefits, it should come as no surprise that moringa can help boost the immune system to fight cancer as well. In addition to its antioxidant and anti-inflammatory phytonutrients, it also contains a variety of essential nutrients that help the body on all levels. We already spoke about moringa’s high vitamin C content in relation to its antioxidant properties. Moringa leaves are also a good source9 of:

Moringa also contains a plethora of essential and non-essential amino acids, which are the very building blocks of life. Some of these include arginine, lysine, tryptophan, leucine, valine, and methionine.10

It should also be noted here that, according to some studies, moringa also contains a certain amount of “antinutrients.”11 These are substances such as tannins, phylates, calcium oxalates, and lectins that can slow or block nutrient absorption. The amount of antinutrients in moringa aren’t a concern for most people.

Keep in mind that while “antinutrients,” like tannins and lectins can block absorption of some nutrients, they are actually considered beneficial phytonutrients in other regards and their presence shouldn’t discourage you from taking advantage of all the wonderful benefits of moringa. Experts suggest, however, that if your diet consists mainly of legumes and grains (which also contain antinutrients), you should contact your holistic health professional or nutritionist to determine a moringa dose that is right for you.12

The nutrients that moringa provides may seem like humble vitamins and minerals that can be found in many vegetables and other whole foods. But remember that food is medicine! Much of the “medicine” needed to boost immunity and fight disease of any kind comes from ingesting foods that contain essential nutrients every day.

Finally, there is strong evidence to suggest that moringa helps fight cancer directly. It does this mainly through substances within it that stimulate the process of cancer cell death known as apoptosis.

This study was significant because it was the first to determine that the bark as well as the leaves of the moringa tree can be cancer tumor-reducing.

Another study conducted by Israeli researchers found that moringa in conjunction with radiation therapy significantly decreased pancreatic cancer cell survival as well as metastasis. It also radically inhibited tumor growth. The investigators concluded that these results could not have been possible with radiation therapy alone. They suggest that:

The combination of moringa plus radiation resulted in an additional inhibitory effect that provided the rationale for further investigation of this combination as a novel strategy to overcome pancreatic cancer cell radioresistance.”14

These are just two examples amongst dozens of research studies15 that have focused on (and proven) moringa’s benefits for fighting cancer. Modern research now knows without a shadow of a doubt what ancient cultures around the world have known for centuries.

Moringa oleifera – the roots, leaves, seeds, and the bark – contains healing properties that have the ability to assist in cancer healing and prevention. Now you are no longer in the dark about this amazing substance. Don’t let your friends and family be either. Spread the word by sharing this article and continue the education and empowerment about natural health! 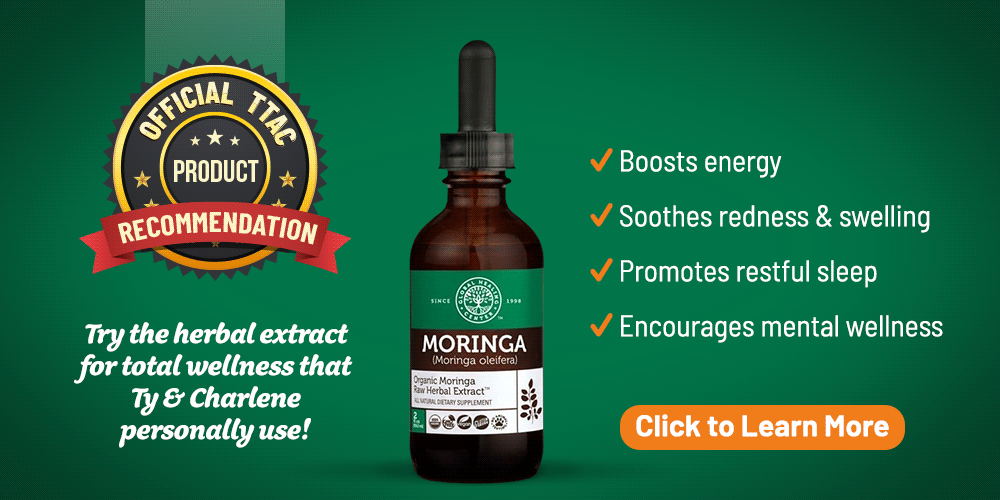 Moringa has been used for centuries to support total wellness, and now you can elevate your health with this concentrated, bioavailable formula.