“It was extraordinary to have so many pioneers of holistic medicine and compassionate healing in the same room together. When I looked at who was gathered and their depth of knowledge, I saw the future of medicine for humanity.” -Mike Adams, Natural News

The charity event gala was attended by notable and pioneering researchers, doctors, scientists, and crusaders in the field of alternative medicine, cancer treatments, cures, and prevention methods.

“It’s our mission to bring real evidence backed cancer treatments and cures, to all those suffering from the many forms of this terrible disease. We want everyone who’s been touched by the devastation that cancer causes to know that there is real hope and there are real alternatives to the standard treatments that often consist of harmful drugs, surgeries, radiation, and chemotherapy,” said TTAC co-founder Ty Bollinger.

In October, TTAC launched its third documentary series, The Truth About Cancer: A Global Quest. Bollinger and his team interviewed over 131 doctors, scientists, and survivors from 27 countries to reveal real breakthroughs, therapies, and treatments to eradicate and cure the cancer pandemic. The 9 part docu-series was released online for free to the public and currently has over 5 million views on YouTube.

Since TTAC was founded less than 22 months ago, it has become a leading resource for those seeking to heal and treat cancer. The website: www.thetruthaboutcancer.com had over 4.7 million visitors since its launch on May 20, 2014.

Last year TTAC donated over $60,000 to charities and made a goal and commitment to triple that in 2015. Not only did they reach that goal, they exceeded it by donating almost $200,000 to numerous charities such as The Independent Cancer Research Foundation (ICRF), The American Anti-Cancer Institute (AACI), Healing Strong, and Cancer Crackdown. 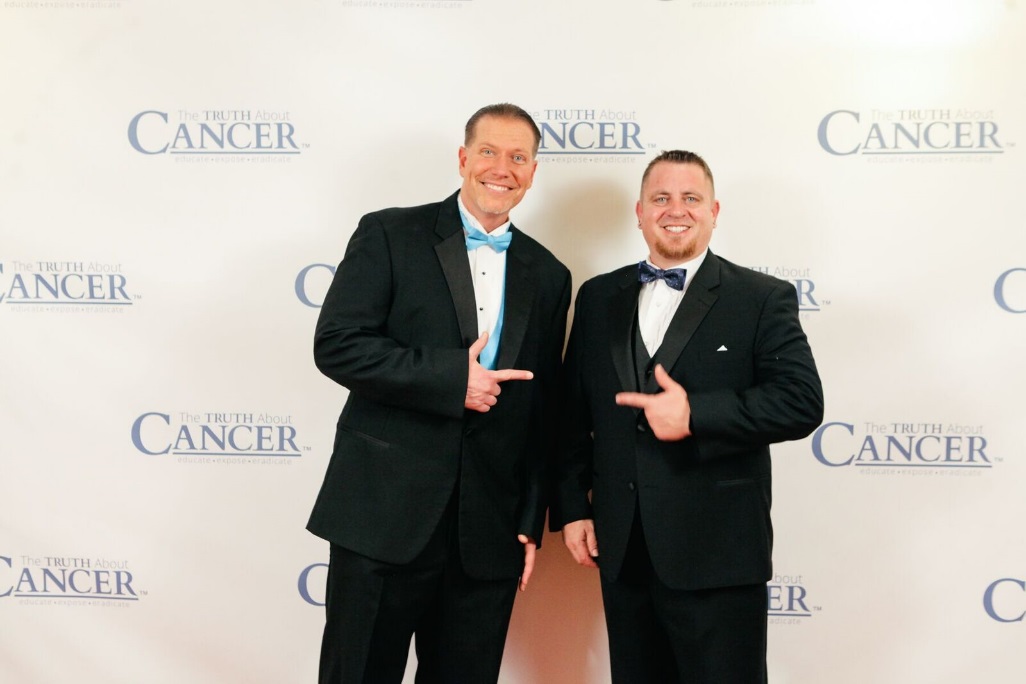 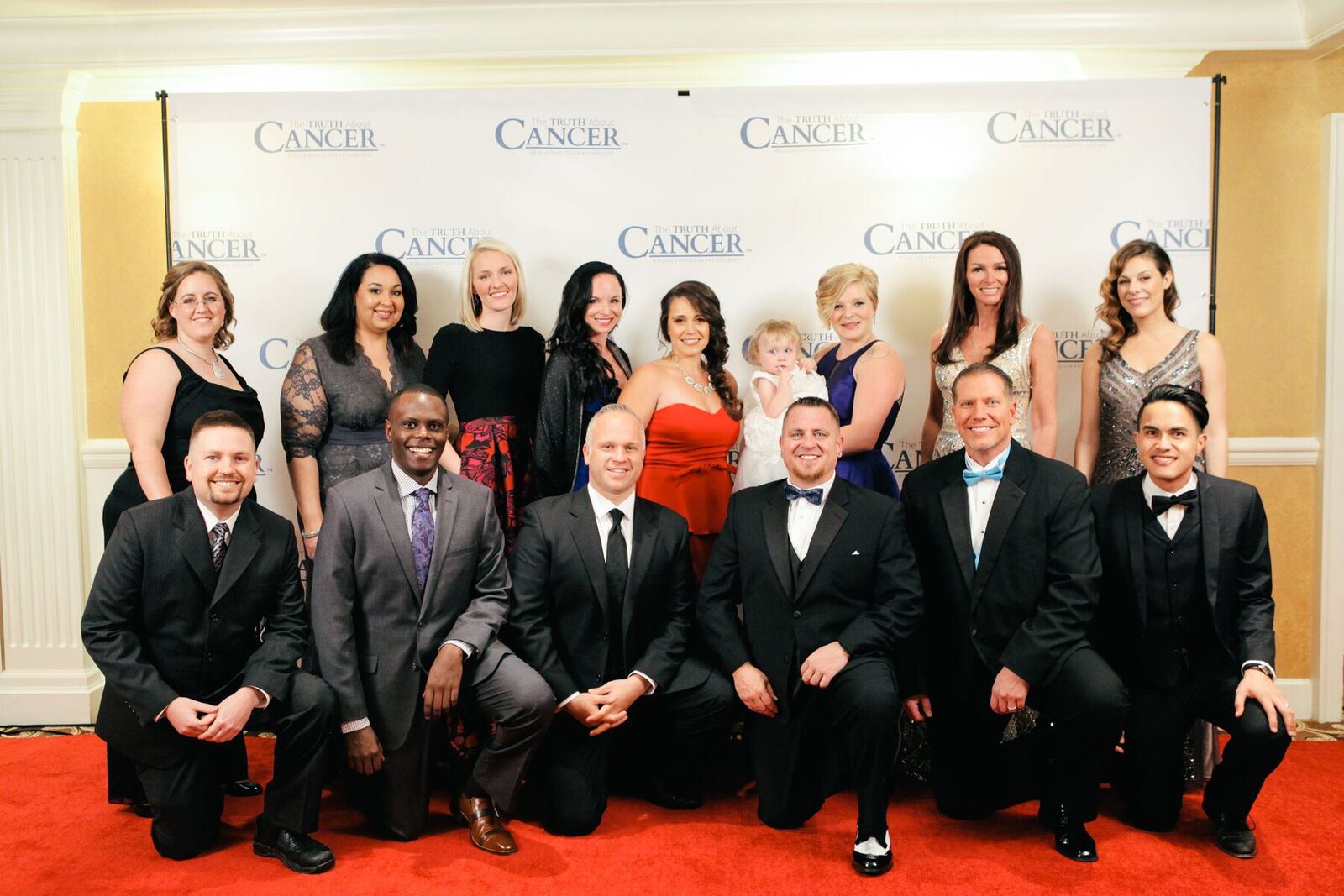 Lifetime Achievement Awards Presented by The Truth About Cancer: 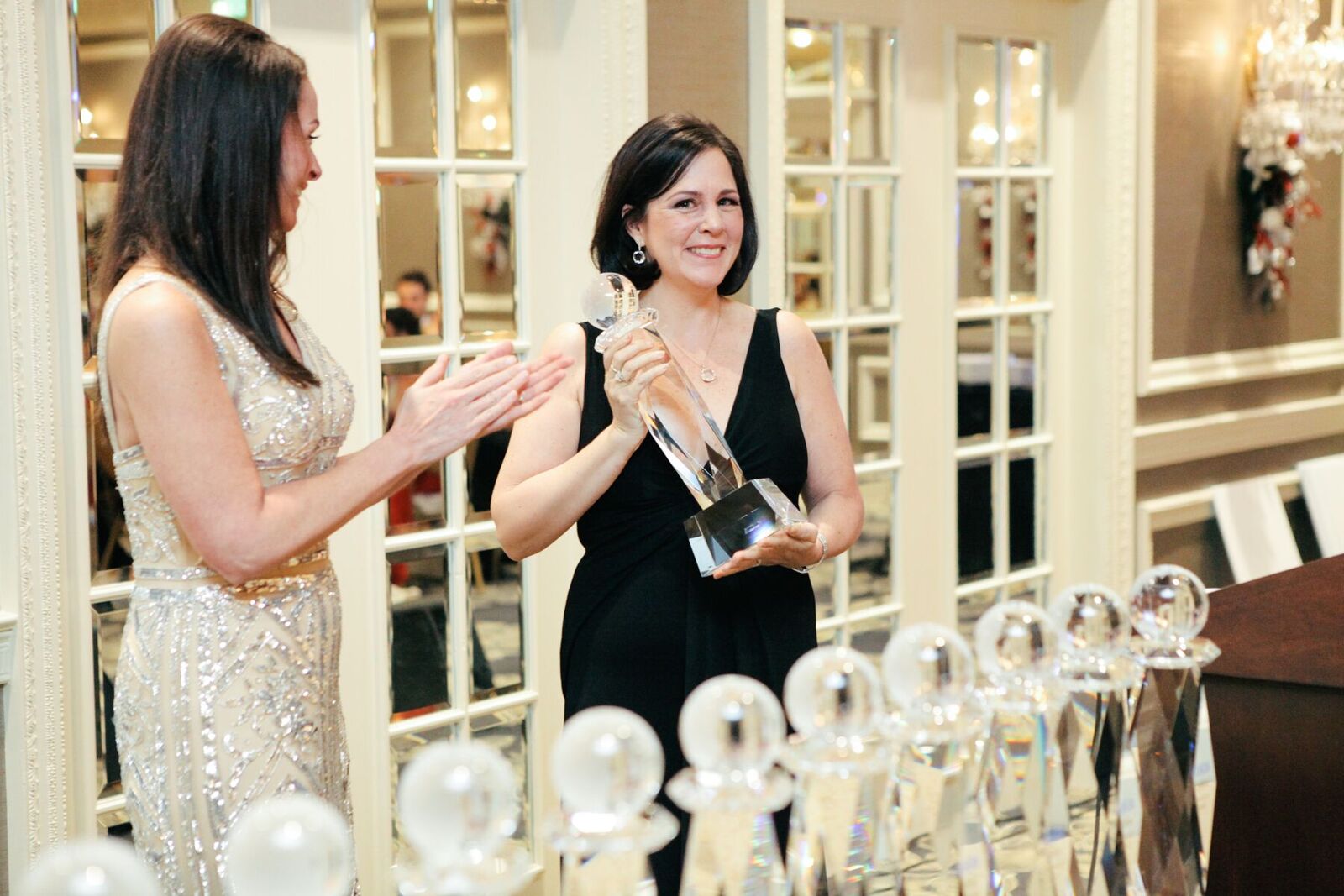 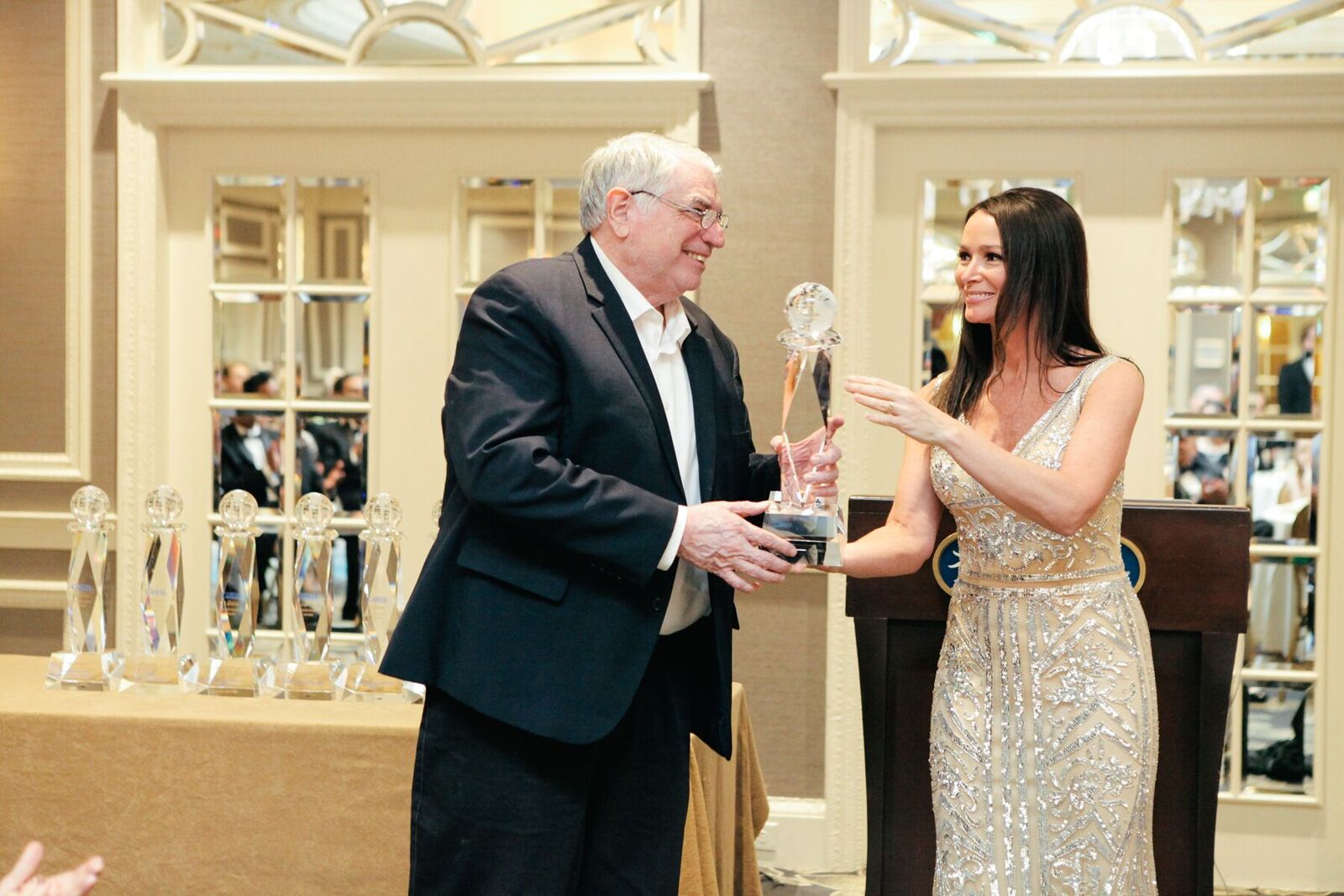 R. Webster Kehr, is the founder of the Independent Cancer Research Foundation (ICRF) and founding editor of CancerTutor.com, a leading research website providing information on natural and effective cancer treatments for more than 7 million visitors yearly. Kehr began his journey in 2003 after experiencing adverse effects from a drug prescribed to him for prehypertension. His research into natural treatments for hypertension led to his discovery of natural cancer treatments and has influenced leading natural health practitioners worldwide. 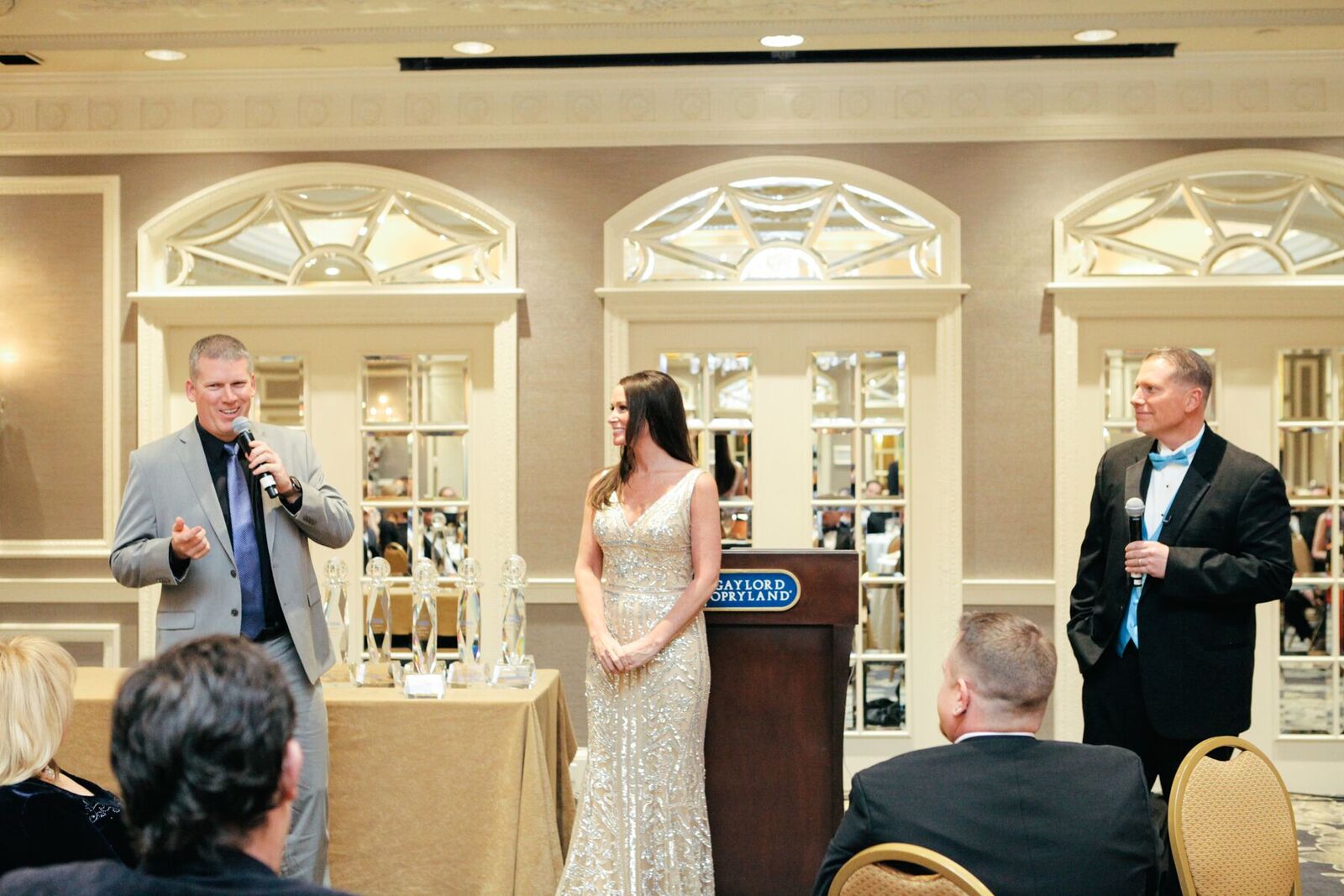 Mike Adams, the “Health Ranger,” is an outspoken consumer health advocate, award-winning investigative journalist, internet activist and science lab director. He is the founder and editor of NaturalNews.com, the internet’s most-trafficked natural health news website. He is also the creator of CounterThink.com, FoodInvestigations.com, HealingFoodReference.com, HonestFoodGuide.org and several other websites covering natural health topics. 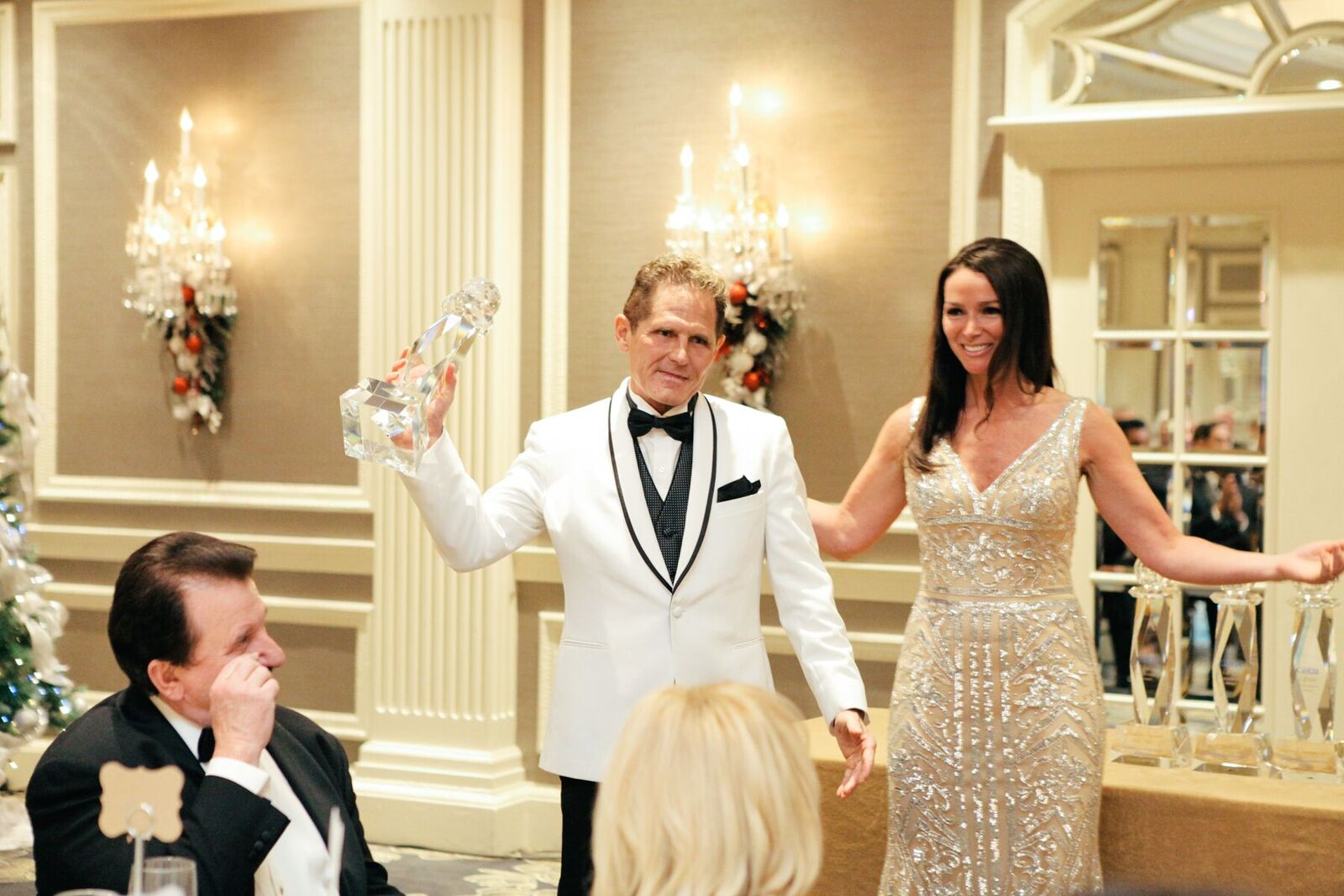 Dr. Darrell Wolfe, Director of The North American Institute for the Advancement of Colon Therapy for 15 years and was also the head of one of North America’s leading natural cancer treatment and preventative care centers. Dr. Wolfe’s home base is Kelowna, British Columbia, where he treats and consults patients at the Doc of Detox Clinic, locally and globally. He is the director of the prestigious International Training Institute of Health, where he teaches and certifies his unique method in Wolfe Deep Tissue Restoration & Whole Life Coaching to students, health professionals, corporations and holistic schools worldwide. 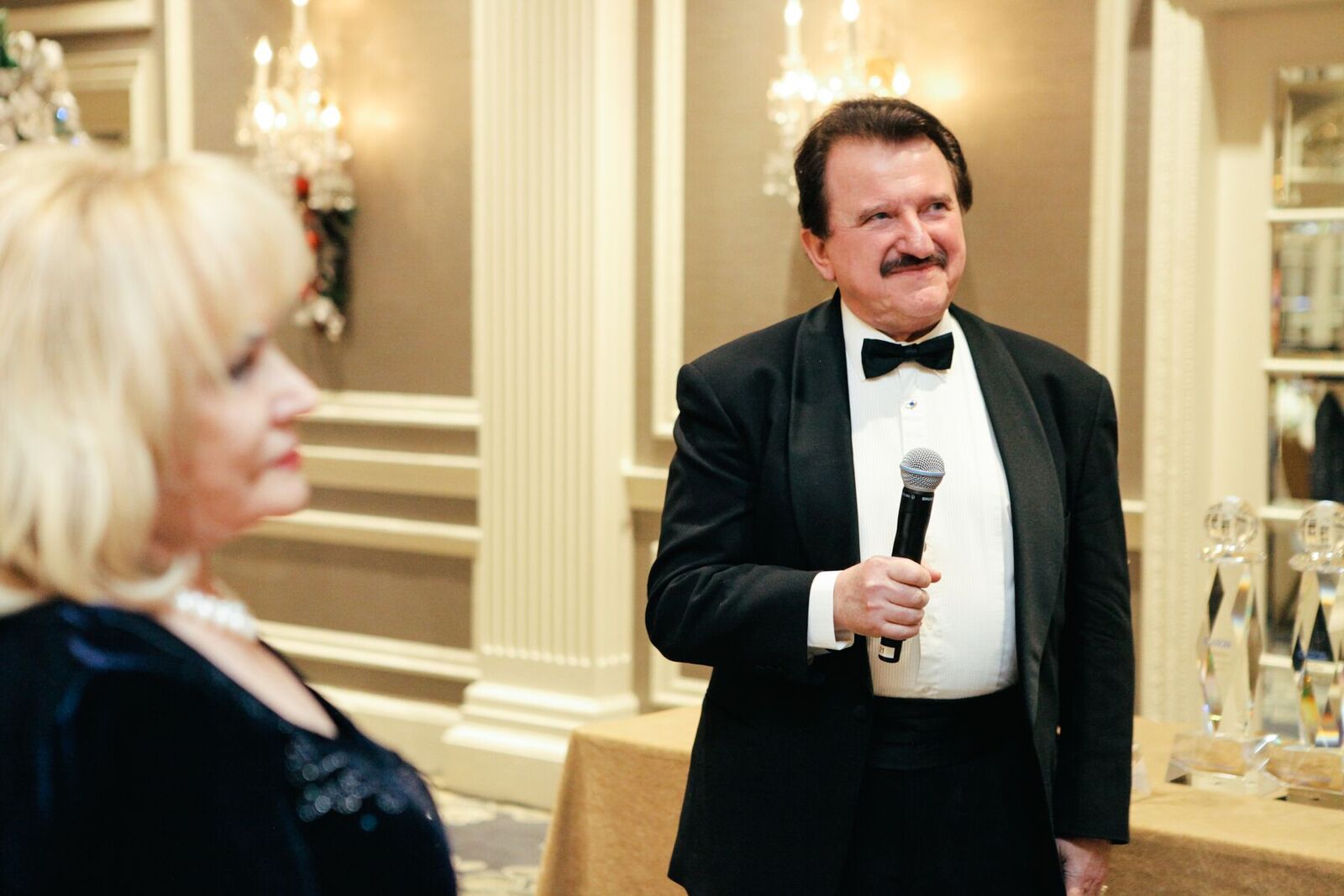 Dr. Stanislaw Burzynski, a nationally and internationally recognized physician/investigator, pioneered the use of biologically active peptides for the treatment of cancer. Dr. Burzynski has extensive experience treating cancer with combinations of targeted agents and the drug phenylbutyrate (PB), which targets multiple genetic abnormalities simultaneously. He has also been heavily persecuted for his successful use of antineoplaston therapy, especially in the treatment of brain cancer. Several documentaries have been based on the life and career of Dr. Burzynski. 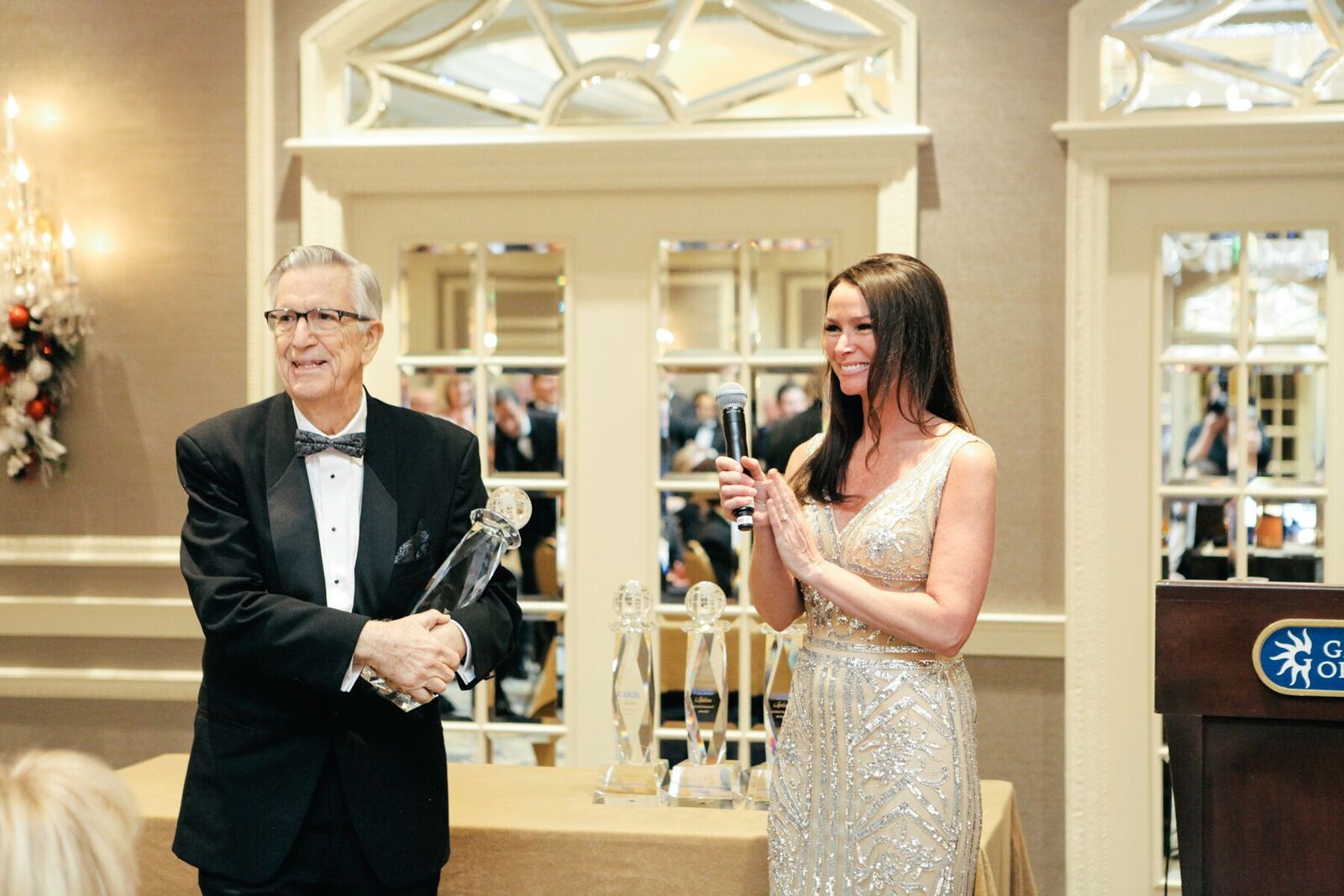 Bill Henderson, a retired Air Force Colonel, an independent researcher, cancer healing expert and author of Cancer-Free: Your Guide to Gentle, Non-toxic Healing. He has coached over 8,000 cancer patients in 86 countries and helped them to become cancer free. In his own words, it is purely a “labor of love.” 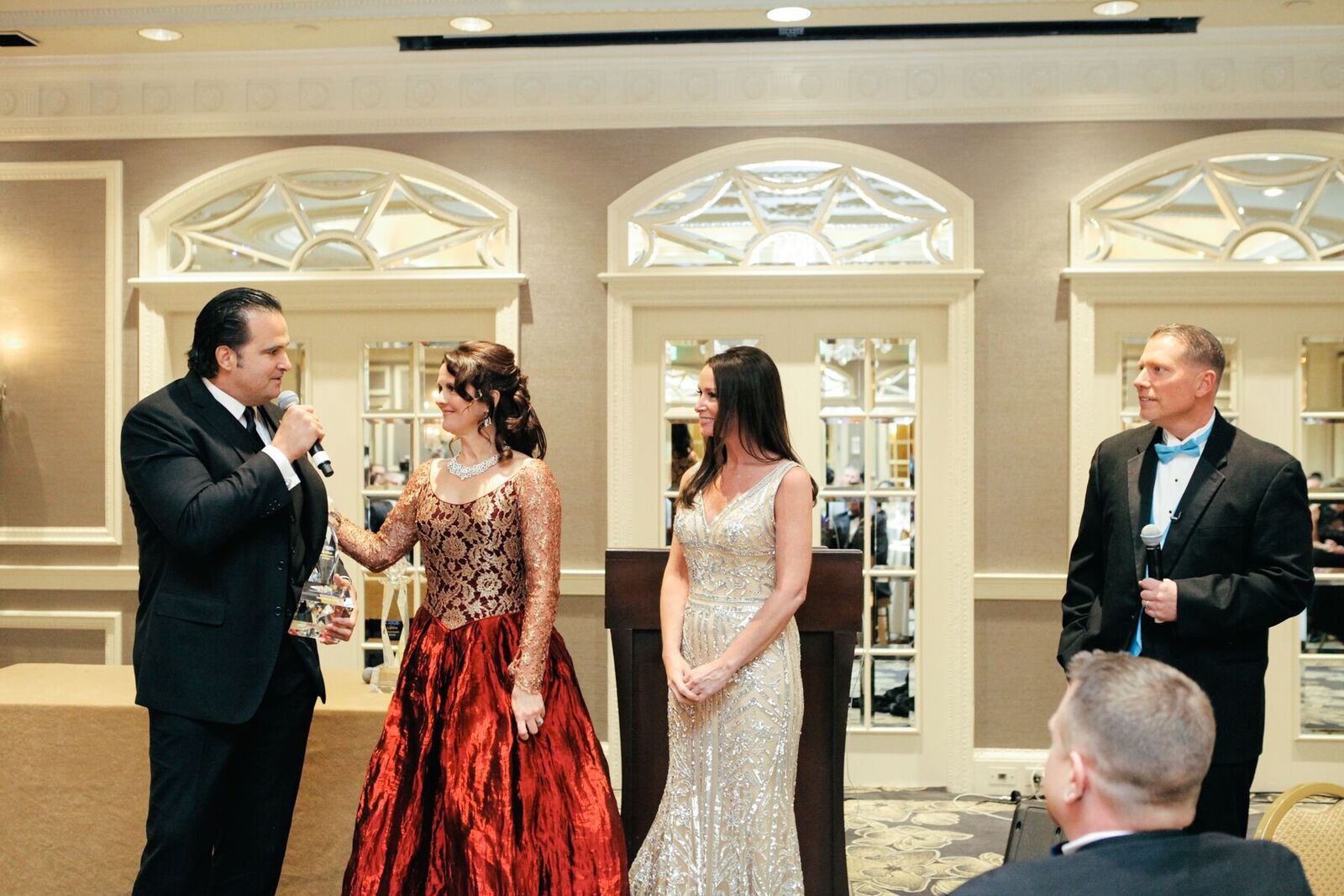 KC Craichy, is Founder and CEO of Living Fuel and best-selling author of: SuperHealth, 7 Golden Keys to Unlock Lifelong, Vitality and The Super Health Diet: The Last Diet You Will Ever Need! KC created Living Fuel to help overcome the health challenges faced by his wife Monica, a former Miss Florida and Miss Florida USA. Monica’s experiences of anxiety, fear, panic and major depression, and the futility of conventional medical approaches (drugs, psychotherapy) inspired KC to find an answer in a natural approach. KC coined the phrase “superfood nutrition.” 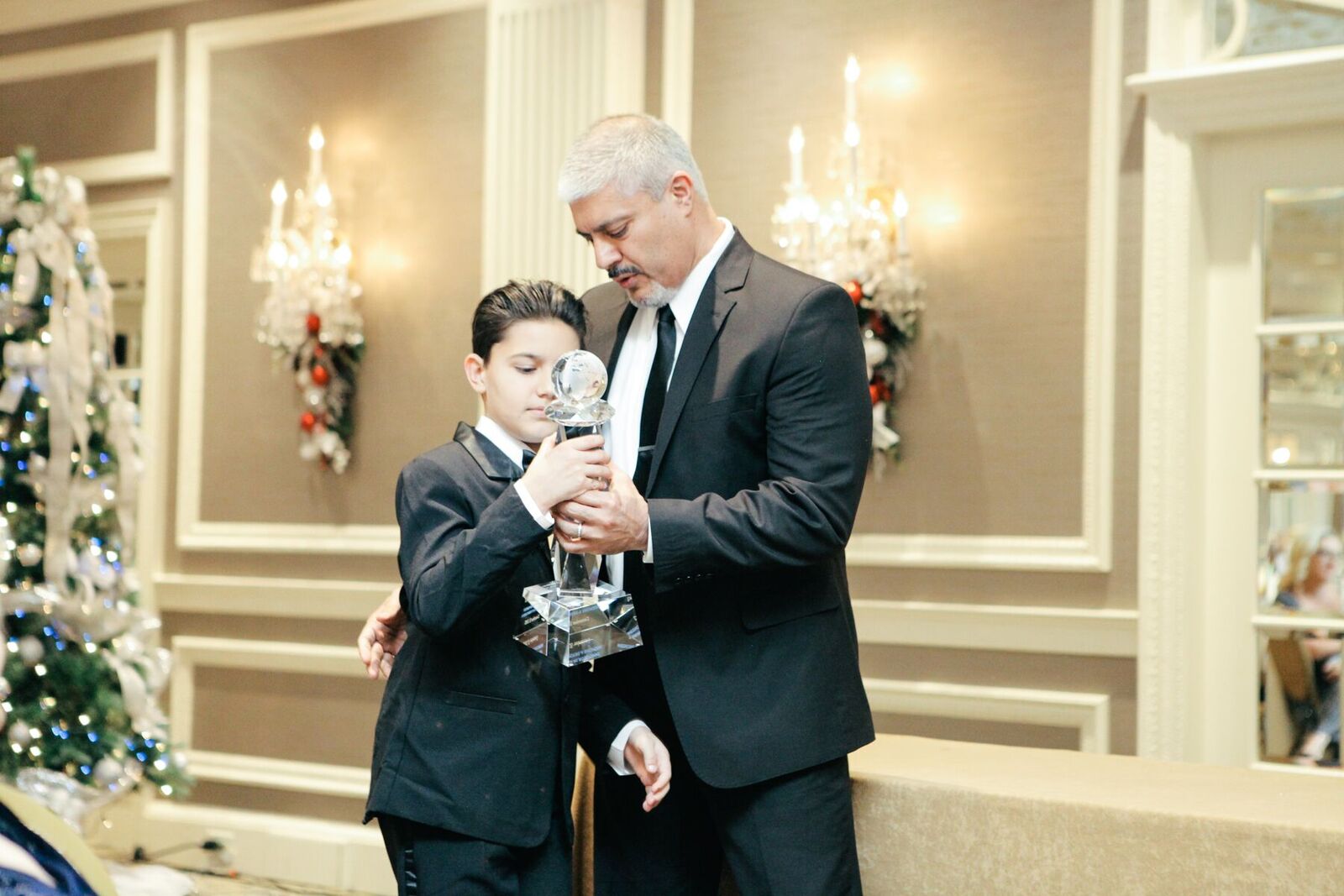 Dr. Rashid Buttar, founder of the Center for Advanced Medicine and Clinical Research. Dr. Buttar’s goal to give those with “untreatable conditions” an opportunity to recover. Over time, he acquired the reputation of specializing in “treatment failures”, i.e., patients sought treatment at other medical facilities for their treatments. Many of Dr. Buttar’s patients drive long distances, fly across the country, and others travel from distant parts of the world to get help for their previously “unsuccessfully treated” medical ailments. 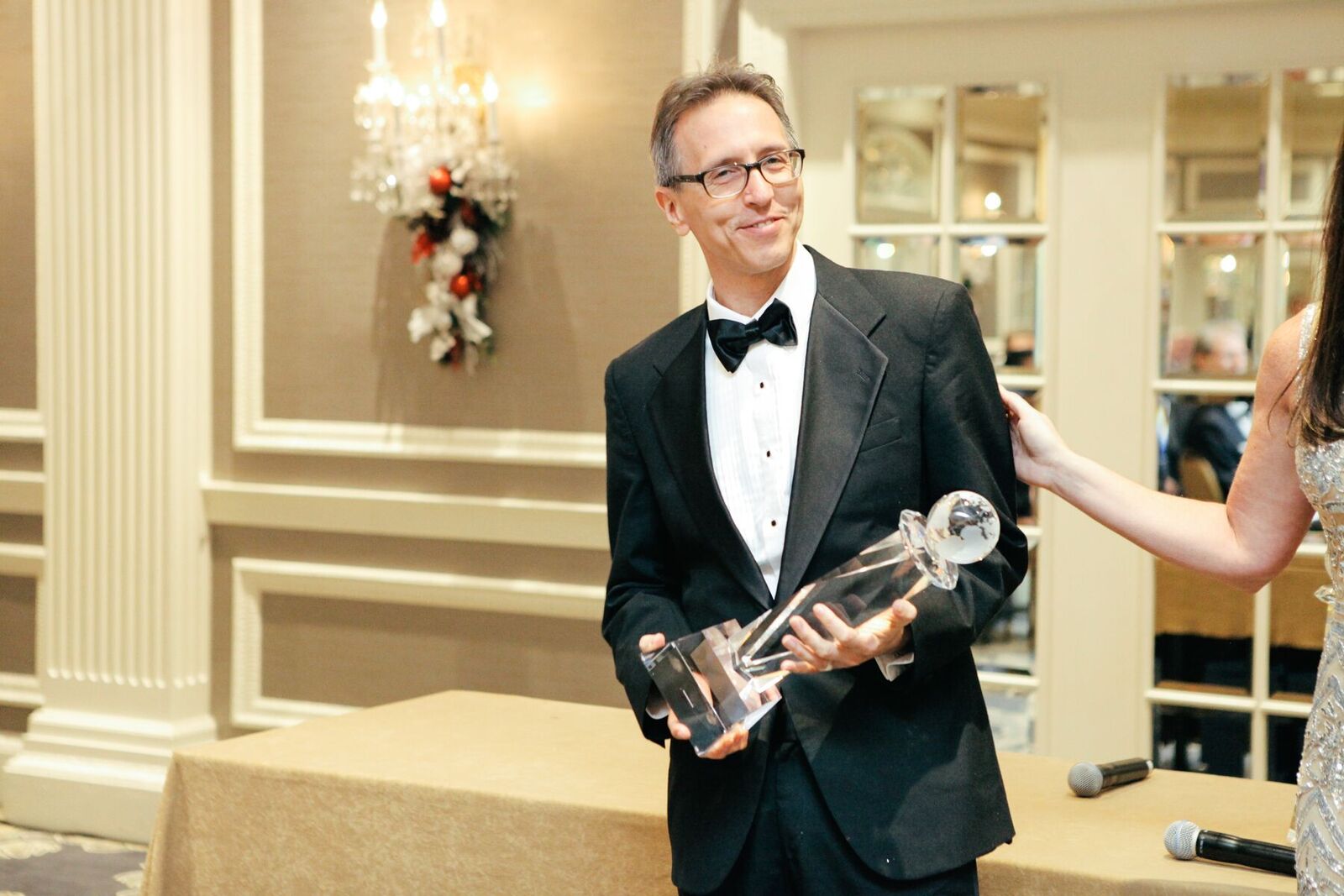 Six days a week Robert Scott Bell empowers his listeners through his two hour radio show on everyday health issues from the perspective of alternative/holistic health care. Robert tackles the tough issues and shows no fear when confronting government and corporate bullies who would stand in the way of health freedom. His message is simple – “stop asking for permission where none is required, and always remember that the power to heal is yours.” 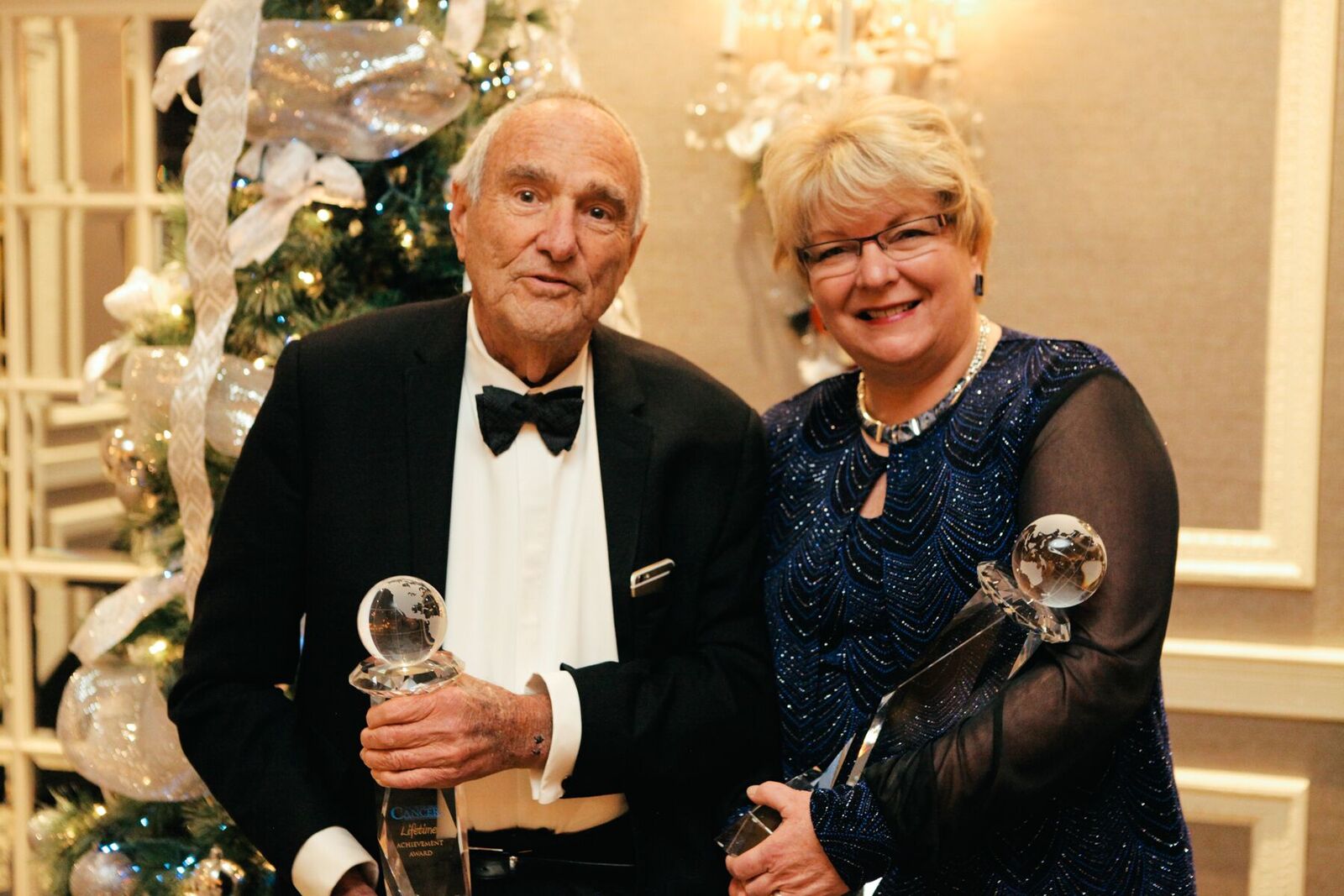 Burton Goldberg, one of the original voices of alternative medicine, has traveled the world in search of the top therapies and treatments available from the fields of natural healthcare and alternative, integrative, and conventional medicine. He is well known as the “Voice of Alternative Medicine.”

Dr. Sherri Tenpenny, an outspoken advocate for free choice in healthcare, including the right to refuse vaccination. As an internationally known speaker, regarding vaccination hazards and warnings that are rarely portrayed by conventional medicine – she offers hope through her unique treatments offered at Tenpenny Integrative Medical Center for those who have been injured by vaccines.

The inaugural Lifetime Achievement Awards was created to generate awareness and recognize leaders in medicine and health that are often overlooked by the conventional health care system. These experts and doctors are featured in the latest 9-part global docu-series, The “Truth About Cancer: A Global Quest” which contains interviews with 131 of the world’s leading physicians, scientists, and researchers that are successfully using innovative life-saving technologies and practices.

In addition TheTruthAboutCancer.com exposes the “history and the business of cancer,” which forces patients to continue outdated and overpriced toxic treatments – profitable to the pharmaceutical industry. Its ultimate goal is to eradicate the global cancer pandemic, by providing free knowledge to those searching for cures, with the primary mission being education and awareness on cancer prevention and alternative cancer treatments.