“When we began this journey almost 20 years ago, we never dreamed how it would touch millions of lives. We are so thankful that it is, and we’re so honored and humbled to help people learn the truth about cancer.” –Ty Bollinger, Co-Founder ~ The Truth About Cancer

The second annual charity event gala was attended by distinguished and innovative researchers, doctors, scientists, and crusaders in the field of alternative medicine, cancer treatments, cures, and prevention methods.

“I am overjoyed and humbled to be able to present charitable donations to these worthy organizations and amazing people,” said Ty Bollinger, co-founder of TTAC.

“Our global documentary series reveals that there are real evidence back cancer cures, treatments, and prevention methods that don’t involve dangerous surgeries or harmful drugs. We want everyone that watches the series to know the real truth about cancer.

We’ve interviewed some of the most knowledgeable scientists, doctors, researchers and cancer survivors in the world and we know that their methods and treatment options provide a positive alternative to the current cancer treatment options. It’s truly awe-inspiring. Because of this rewarding work we are able to give back in a big way and plan to do much more in the future.”

Bollinger lost several members of his family to cancer, including his parents. His devastating loss inspired him to go on a quest to find real answers about cancer treatment methods and the medical industry. Through the tireless efforts of Ty Bollinger and his wife, Charlene, along with co-founder Jonathan Hunsaker, it became their mission to discover real treatments, breakthroughs, and therapies to prevent and even cure cancer without resorting to harmful surgeries or dangerous conventional treatment options.

In less than 22 months since TTAC was launched it has become a leading resource for those seeking to heal and treat cancer. The website: www.thetruthaboutcancer.com had over 4.7 million visitors and 21 million page views since its launch on May 20, 2014.

The Truth About Cancer: A Global Quest, the third docu-series by TTAC, was launched in October. Bollinger and his team interviewed over 131 doctors, scientists, and survivors from 27 countries to reveal real breakthroughs, therapies, and treatments to eradicate and cure the cancer pandemic. The 9 part docu-series was released online for free to the public and currently has over 5 million views on YouTube. 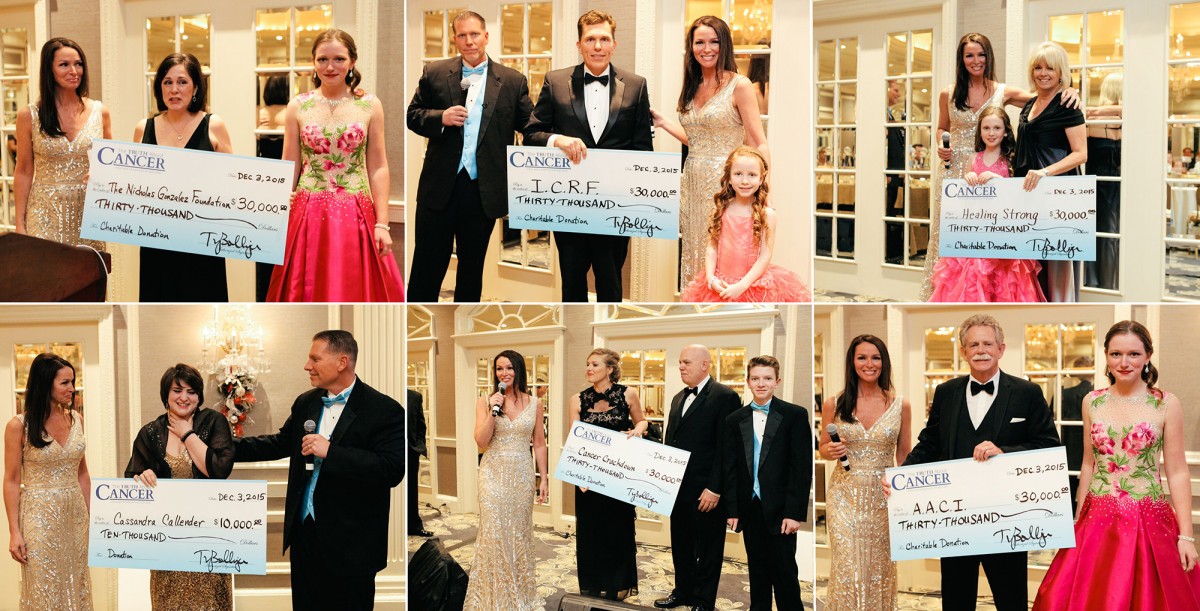 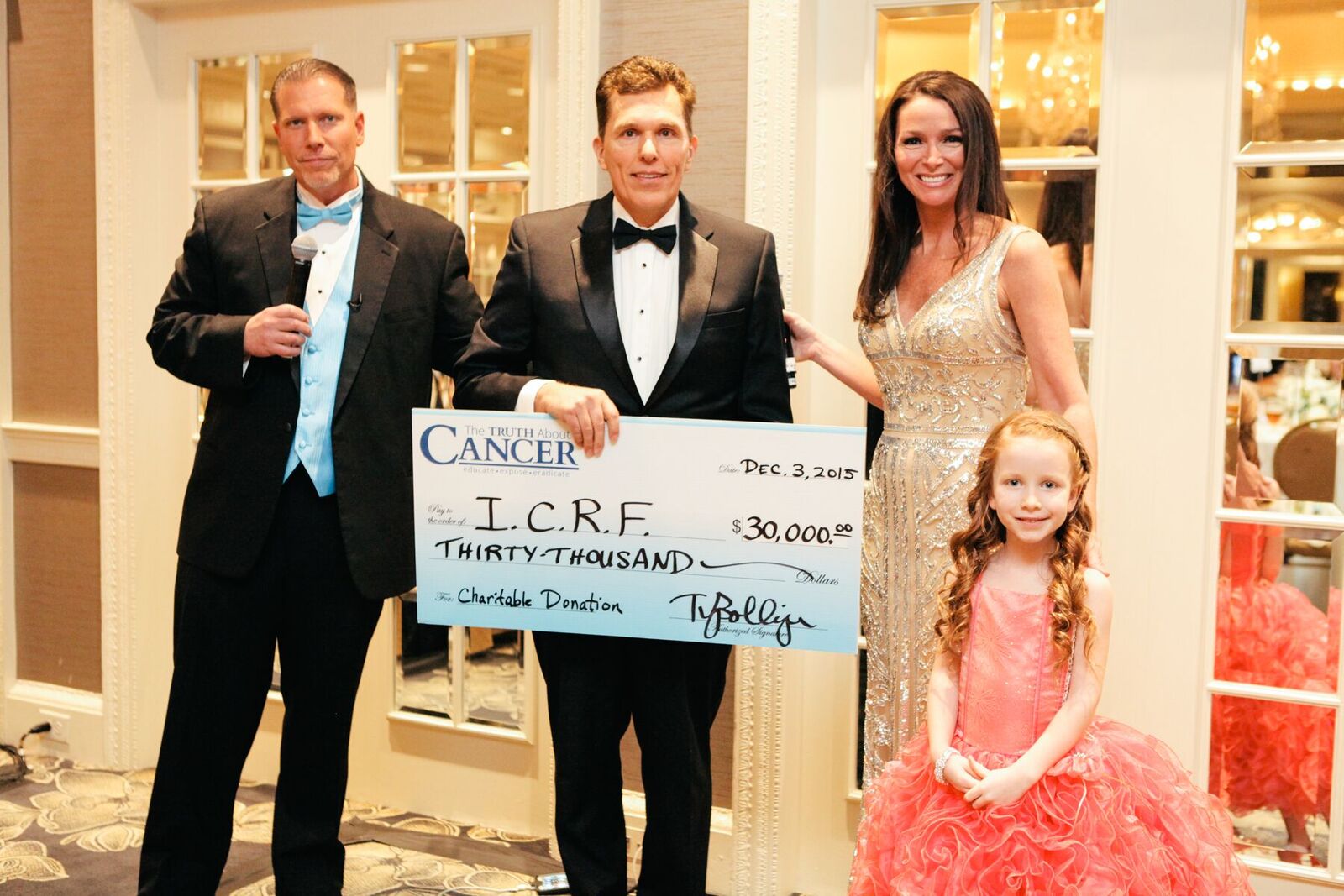 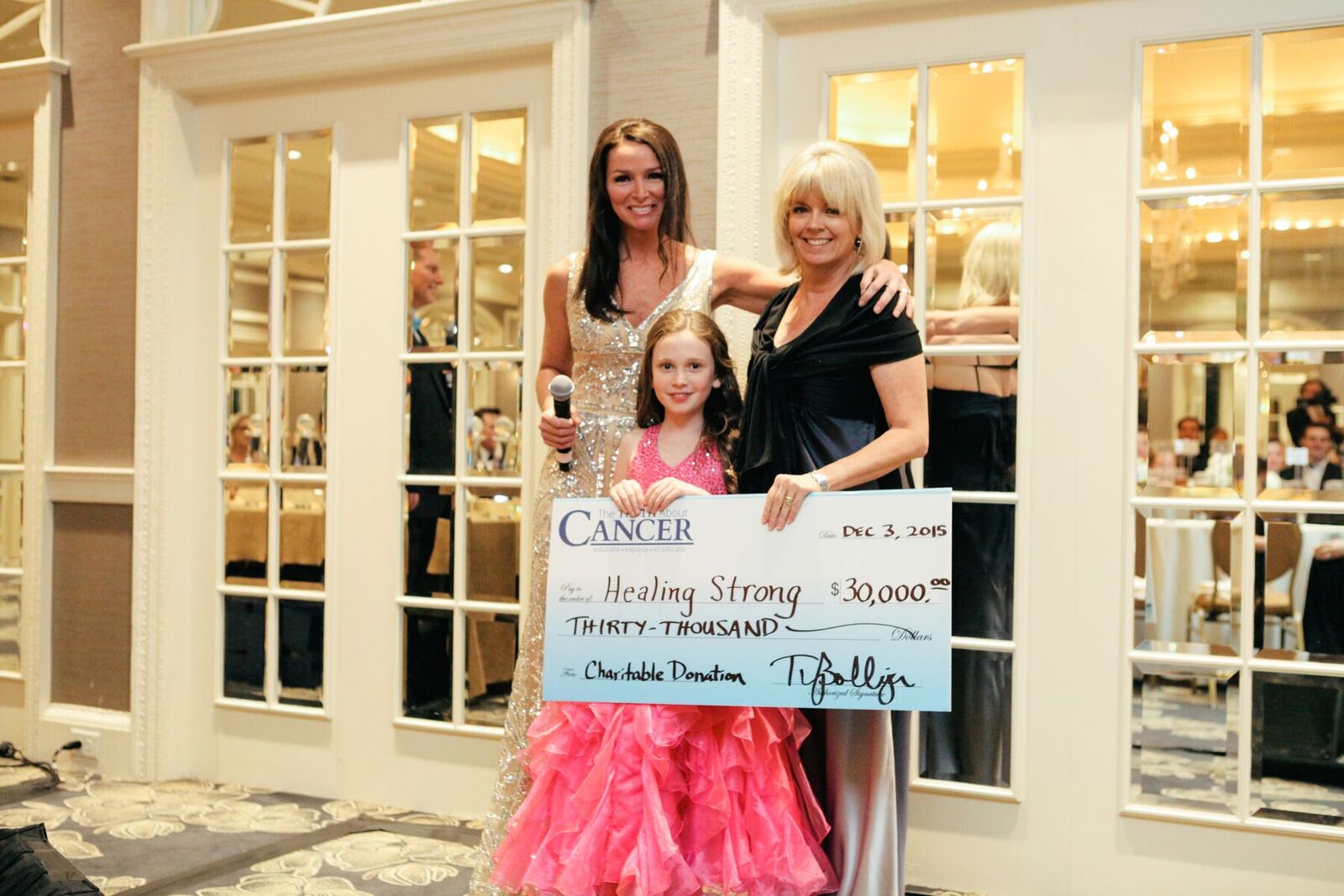 Healing Strong is a cancer resource organization educating, connecting, and encouraging those seeking comprehensive, natural strategies to heal strong and stay strong. Their mission is to connect, support, and educate individuals facing cancer and other diseases with evidence-based non-toxic therapies to help them Heal Strong. 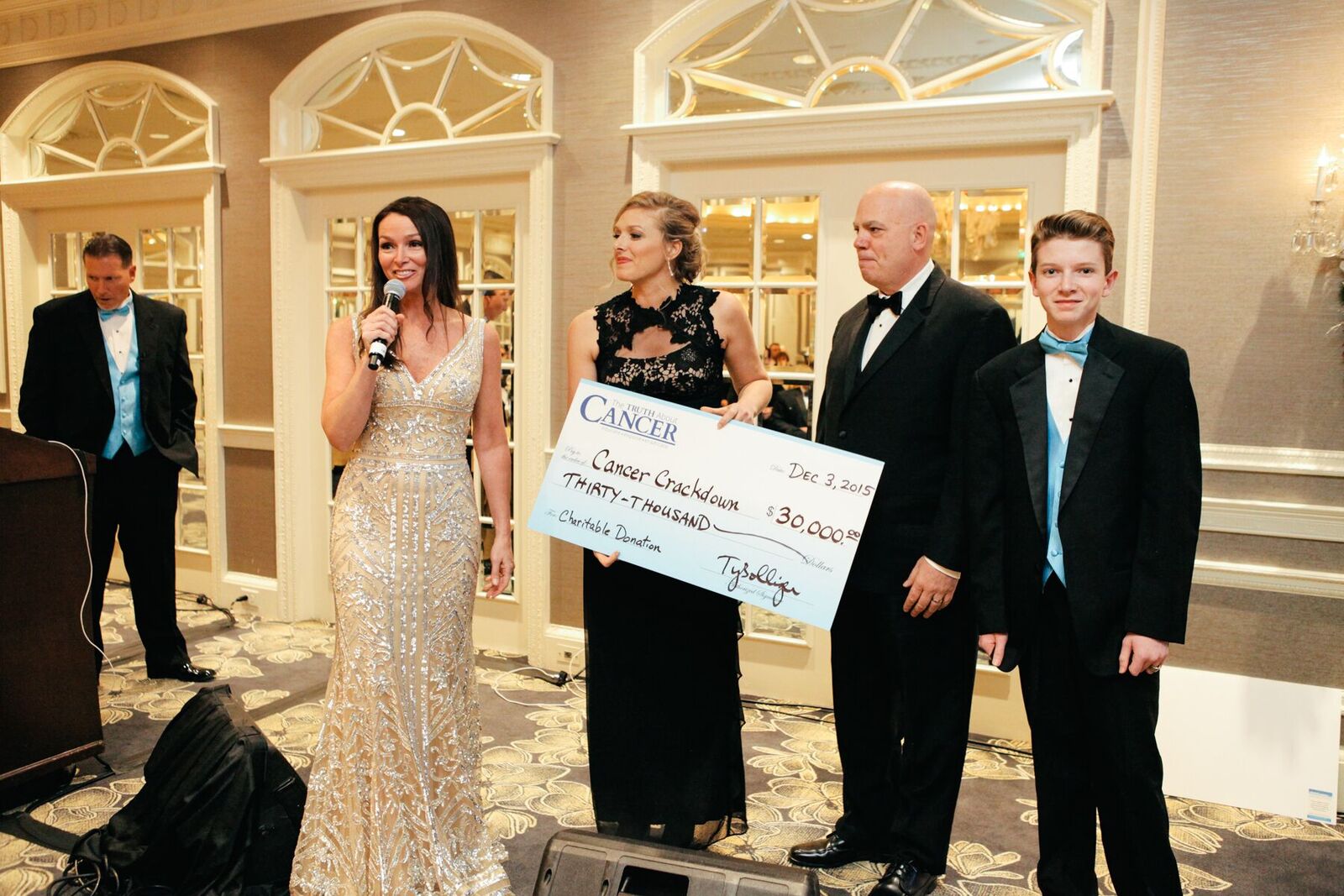 Cancer Crackdown is a 501(c)(3) Non-Profit organization, with a passion to help fighters take their battle with cancer to the next level using natural therapies. They partner with fighters and survivors by supporting and navigating them through their battle, while working to develop a unique plan that is specific to each individual. 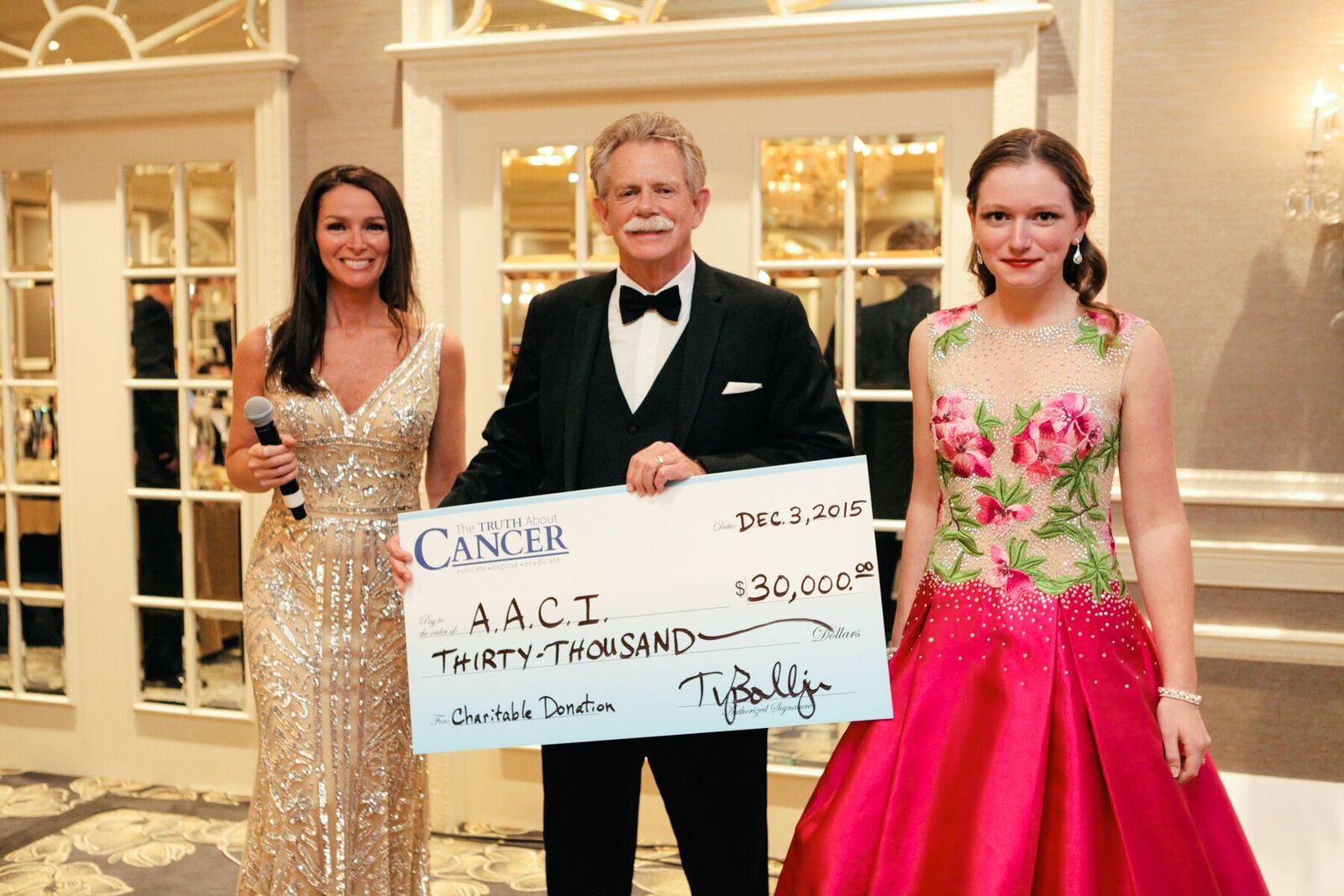 The mission of the American Anti-Cancer Institute, is to eradicate cancer and other immune-degenerative diseases in humans through the Hippocratic philosophy of Natural Medicine. 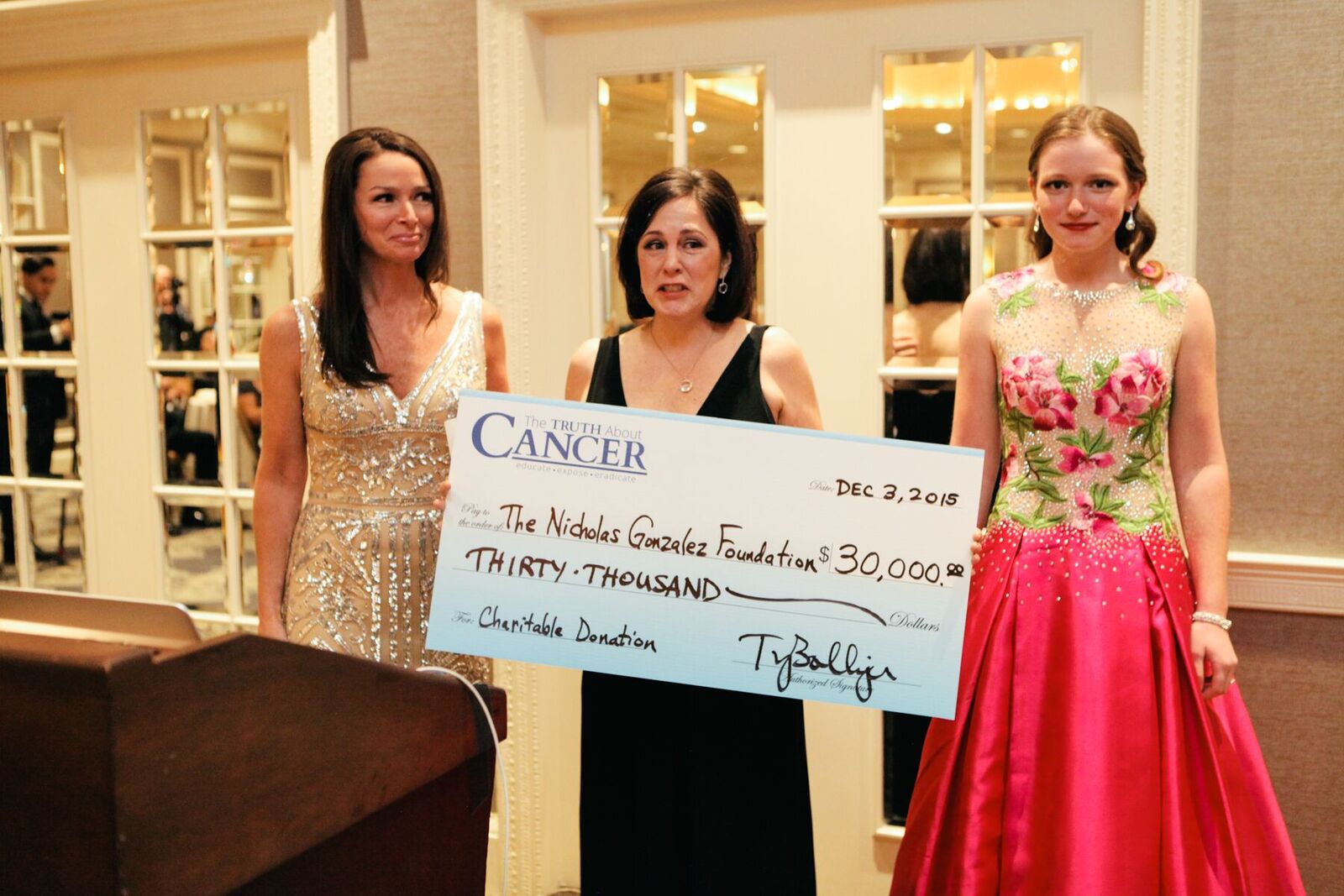 In the wake of the untimely death of Dr. Nicholas Gonzalez in July 2015, his wife Mary Beth created The Nicholas Gonzalez Foundation. The Nicholas Gonzalez Foundation is a non-profit organization committed to honoring and promoting Dr. Gonzalez’s legacy and wisdom of natural therapeutics through education, research, publications, workshops, retreats, investigation, scientific studies, community outreach, cooperation with other natural health groups, and specific education of those in the medical community interested in enhancing their natural healing methods. The Foundation will publish the research of Dr. Gonzalez and disseminate the truth about science-based cancer treatments and their efficacy.

Mike Adams, the “Health Ranger,” announced that he and NaturalNews.com would match the $30,000 contribution to the Foundation.

TTAC donated to the Connecticut teenager who made national headlines after being forced chemotherapy against her wishes. 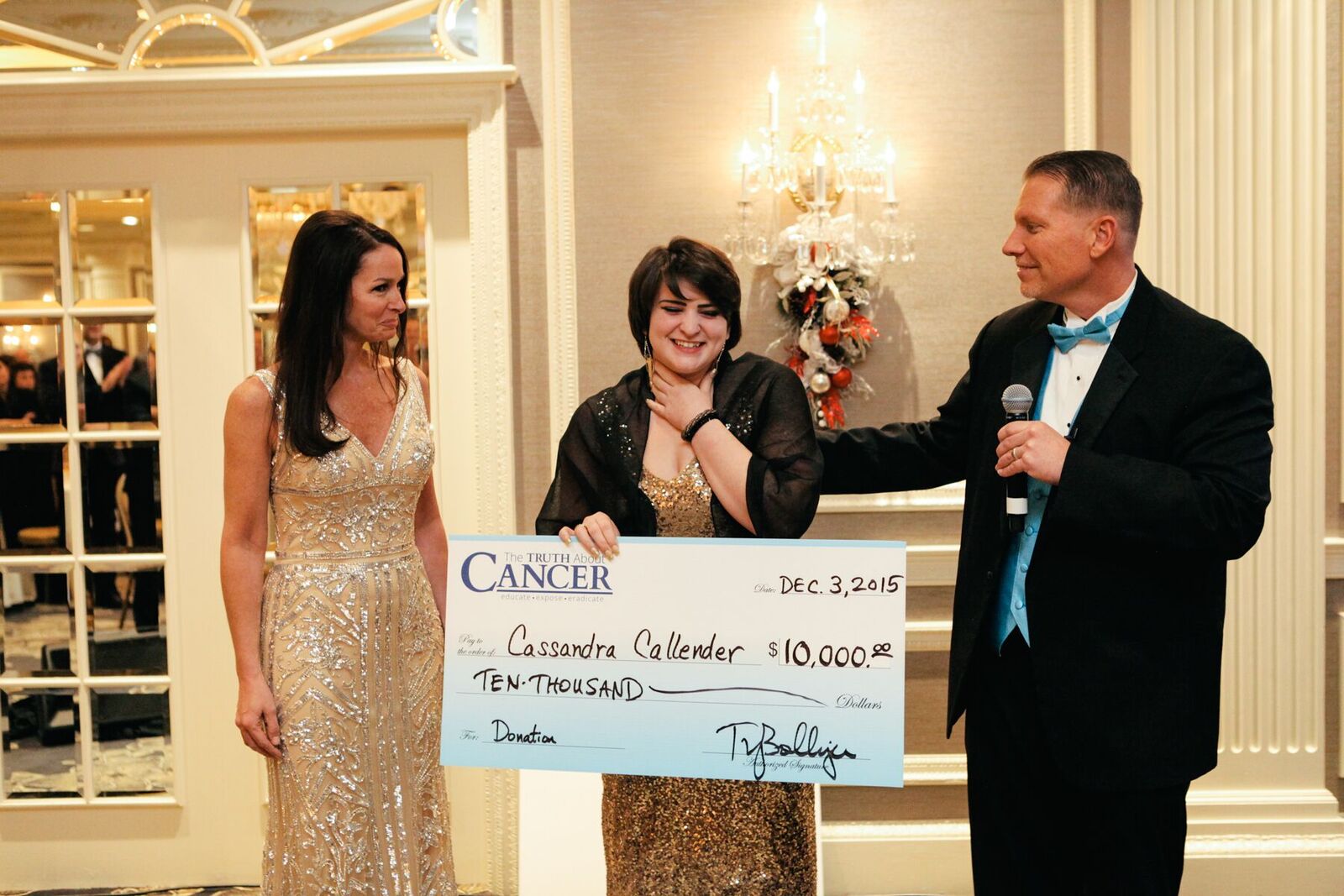 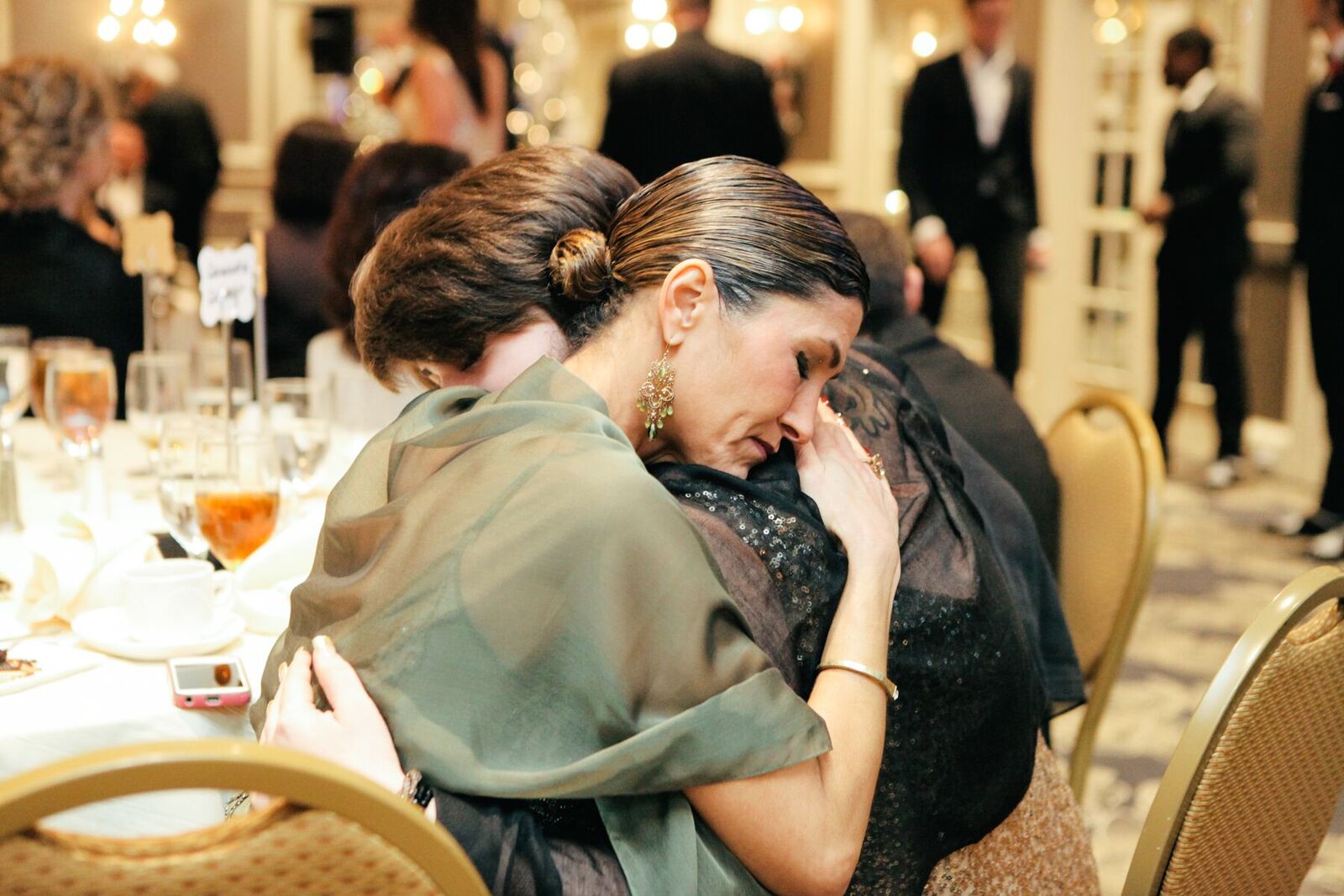 Entertainment was graciously provided by the KAJ Brothers. 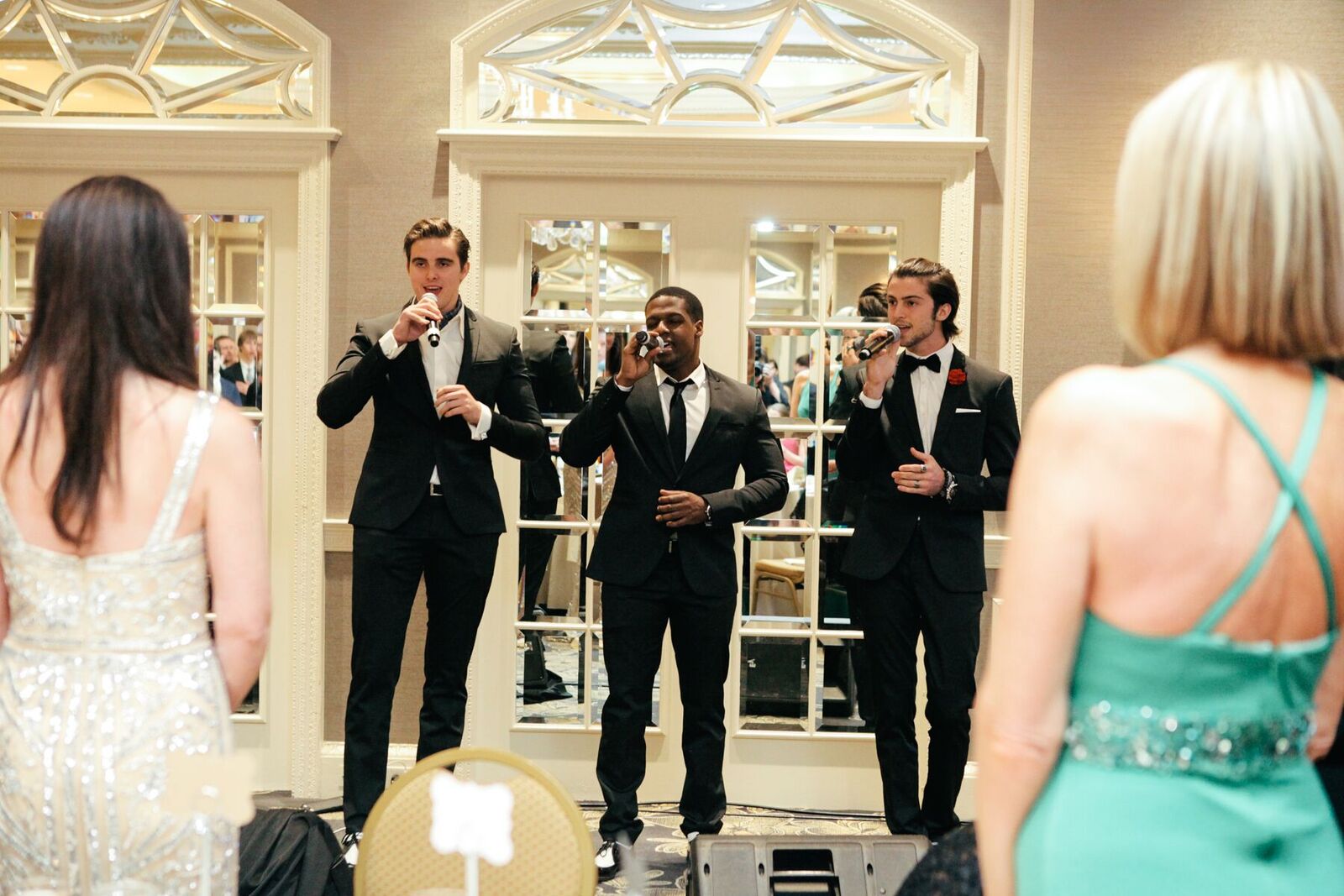 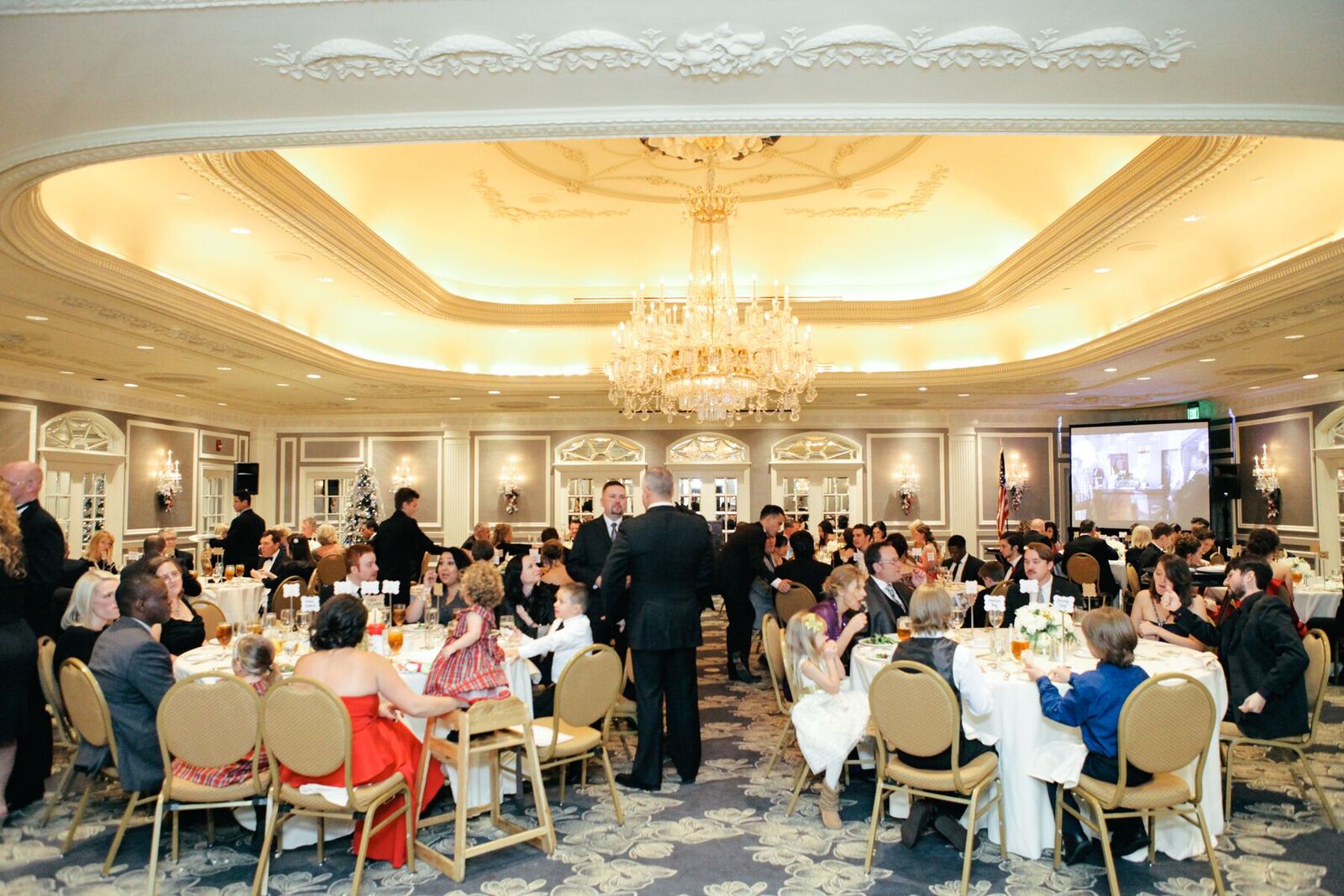 The Truth About Cancer charity gala and Lifetime Achievement Awards were created to build awareness and recognize leaders in medicine and health that are often overlooked by the conventional health care system. These experts and doctors are featured in the latest 9-part global docu-series, The “Truth About Cancer: A Global Quest” which contains interviews with 131 of the world’s leading physicians, scientists, and researchers that are successfully using innovative, life-saving technologies and practices.

In addition TheTruthAboutCancer.com exposes the “history and the business of cancer,” which forces patients to continue outdated and overpriced toxic treatments – profitable to the pharmaceutical industry. Its ultimate goal is to eradicate the global cancer pandemic, by providing free knowledge to those searching for cures, with the primary mission being education and awareness on cancer prevention and alternative cancer treatments.