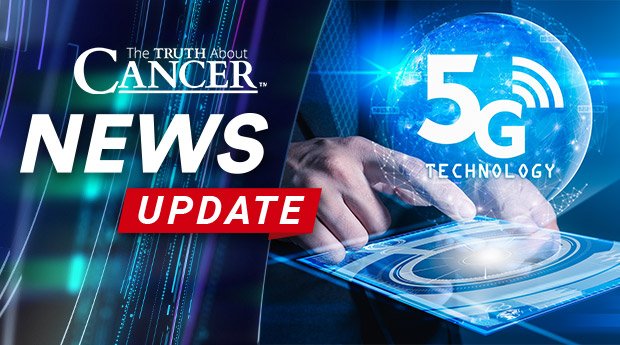 In March, we talked about the cities that are fighting against the installation of 5G networks. Since that article, they’ve been joined by dozens more, including the capital city of Belgium. But while many groups are demanding accountability for the health risks the new networks pose, telecom providers are continuing their frenzied push to be the first to roll out 5G.

Here’s some of the latest, and what you can do about it.

5G is considered by proponents as a necessary step to handle the increasing number of mobile devices and the internet of things. It is also considered essential for the development of self-driving cars.

Read more about the 5G network and EMFs here>>

Earlier this month, Brussels, the capital city of Belgium, put an abrupt stop to the deployment of 5G networks. Last summer, lawmakers and telecom companies agreed to relax the city’s stringent radiation standards. Now, government officials say that it is impossible to know how much radiation the new network will introduce, or the effects of that radiation on humans and other organisms.

I cannot welcome such technology if the radiation standards, which must protect the citizen, are not respected, 5G or not. The people of Brussels are not guinea pigs whose health I can sell at a profit. We cannot leave anything to doubt.”

This is what leadership and public service should look like. While there are some studies into the effects of 5G radiation, there is still much that is left unknown. It could be decades before the impact of 5G on our health is truly known.

Brussels is the first major city to put a stop to the construction of 5G networks, and the decision could have substantial impact in Europe. Although the European Union does not have an official capital, its most important institutions and governing bodies are found in Brussels.

Even introductory 5G pilot programs are not permitted under Brussels’ radiation standards and Fremault has said she does not plan to make an exception. Hopefully, the leadership we’re seeing in Belgium will spread throughout Europe and to the rest of the world. And the people seem to stand behind them.

European telecom company EE announced just days ago that it would be testing their new 5G network at Glastonbury, one of the world’s largest music and arts festivals. EE’s marketing and communications director Pete Jeavons couldn’t be more excited:

Smartphones have become a festival must-have as we’ve seen each year with more and more data being consumed at Glastonbury Festival. As the long-standing technology partner to this iconic event, we are committed to building a network powerful enough to cope with this huge demand. With the introduction of 5G this year, we are able to trial this new technology at Worthy Farm and make history as the UK’s first 5G-connected festival.”

And while the company is excited to be a pioneer of the new tech, attendees are more skeptical. In fact, some are rethinking their decision to even attend in the wake of the news. They’ve been vocal on social media about the risks of 5G and, more importantly, the serious lack of sufficient studies. Festival goers do not want to become guinea pigs for the telecom industry.

In an interview with The Daily Mail, Dr. Joel Moskowitz, a public health professor at the University of California, Berkeley said the following:

The deployment of 5G, or fifth generation cellular technology, constitutes a massive experiment on the health of all species.”

And while telecom operators continue to repeat their mantra that “5G is safe,” some independent studies show otherwise. And that’s why some nations are beginning to treat 5G like the experiment that it is.

Following major vocalization from her citizens, Switzerland announced last week that they will introduce a federal monitoring system to evaluate radiation levels and the effects of the network on public health. According to Reuters, more than half of Swiss citizens believe that radiation from cell towers may be dangerous, and that part of the problem is that network radiation is not measured regularly.

Major telecoms operator Swisscom has already begun to roll out the new 5G network in over 100 locations throughout the country. CEO Urs Schaeppi has said that Swisscom plans to cover 90% of the country with 5G by the end of the year.

But some areas are fighting back, as 4 districts – or cantons – including Geneva, Neuchâtel, Vaud, and Jura, have suspended authorizations for the installation of 5G transmitters. There is currently a study underway that will be presented to the Swiss government this summer, which the 4 cantons will use to inform ongoing decisions about the network.

As we begin to see major cities taking action abroad, it’s important to look at what’s happening in the U.S.

Telecommunications and the FCC

5G networks in the U.S. have been supported by the Federal Communications Commission (FCC), whose policies offer telecom companies millions of dollars in incentives, restrict the ability of municipalities to charge for access to utility poles, and require expedited review of new permit requests by city officials. The FCC is corrupt, and its leader is heavily invested in the telecommunications industry.

Even the president has helped to expedite the new network, working with the FCC to auction off massive chunks of spectrum for the new networks. During the announcement, the President made clear his intentions, saying: “The race to 5G is on and America must win.”

And while the increased technological ability would undoubtedly lead to a new era of innovation, the health risks may outweigh the benefits. But just like the pharmaceutical and agricultural industries, human safety is often put aside for new financial opportunities. The telecommunications industry stands to make billions with the new technology, and they’ve made sure to purchase friends in Washington who will help pave the way.

But as we’ve seen in small towns like Portland and Brussels, they can be stopped. When enough of us stand together, our voices WILL be heard. You can make your voice louder by writing your representatives, signing petitions, and refusing to support any person or entity involved in cronyism.

Protect yourself and your family against the devastating effects of EMFs! Qi Technologies is a German-patented technology that cancels out the EMF frequency, giving you a safe EMF-free zone for you and your family. 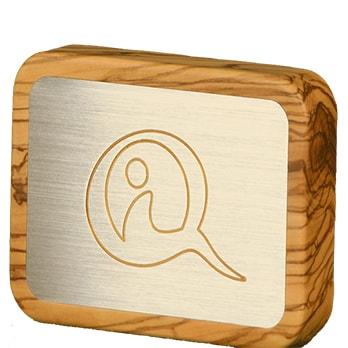 ←
Previous
Bacillus Coagulans: A Resilient Probiotic for Maximum Digestive Support
→
Next
The Fab 3: Swimming, Walking, and Rebounding for Senior Health