Dr. Gaston Cornu-Labat: So BEC5 went through a very interesting development phase with using it on skin cancers. Actually, it’s still being used on skin cancer. This is a cream that’s over-the-counter in those jurisdictions where it’s legal. It can be bought over the counter. You apply the cream and it starts killing, layer by layer, the cancer cells of the skin cancer. You know, skin cancer is the most common cancer. And it just eliminates the cancer.

Ty Bollinger: But just the cancer.

Dr. Gaston Cornu-Labat: At the beginning it’s very impressive because the characteristic with this early cancer is that the cancer cells are quite a bit more spread than what is evident. So you start applying it and suddenly redness starts spreading out. There is a rough reaction. There is a little bit of an open wound in the first week or two that is a lot bigger and scary because it’s bigger than what you thought it was.

After the second or third week, then you start seeing normal skin coming in, coming in, coming in, and covering it up. The majority of times there’s not even a scar left because there’s no destruction of the tissue structures. If the cancer did not alter the skin layers and it was only superficial, all the cancer cells are kicked out and the normal cells go back into place. 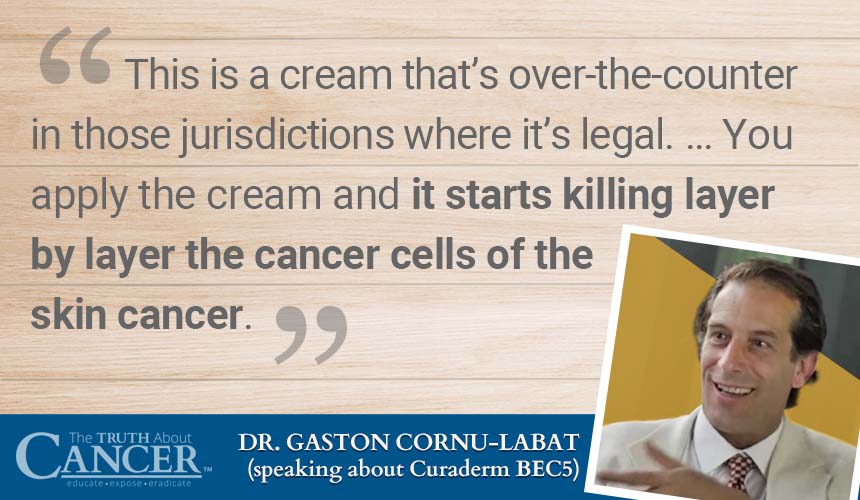 Dr. Gaston Cornu-Labat: You can react to the vehicles used in the cream which is salicylate and urea, I believe. Which are the carriers for the medication. You may be allergic to the glycoalkaloids and may have a reaction to the glycoalkaloids. But per se, it has almost no toxicity.

I say “almost” because at some point there was one clinical trial, a phase one clinical trial that was run on very advanced stage three and stage four cancers, renal carcinoma and another one, where intravenous BEC5 was used. What was found out is that at high dose intravenously, it can increase the liver enzymes. So there’s a suggestion that it produces some kind of liver toxicity.

When that happened the drug was immediately stopped. The medication was stopped and the liver was normalized.

Ty Bollinger: The liver enzyme count went back to normal.

Dr. Gaston Cornu-Labat: Went back to normal. So other than that, there are no known side effects or toxicity from this medication. So it’s a fantastic cure for an estimation which is like three million Americans right now with some form of skin cancer. This is an easy over-the-counter solution for them. They just have to apply a cream for a few weeks until all the cancer is gone. What I’ve seen is it works consistently every time.

Of course, if you have a very advanced cancer and you have a rate—the cream is limited. So if it’s growing really fast, the cream can kill so many layers, but underneath it’s growing a lot faster. Then you may get into a negative equation there. But otherwise it works, systematically, every time I’ve seen it in action.

Ty Bollinger: That’s pretty fascinating. So it is selectively toxic to just cancer cells and doesn’t really have side effects – comparatively – to the standards.

Dr. Gaston Cornu-Labat: To the standards that we were discussing, yes very minimal. Nothing. 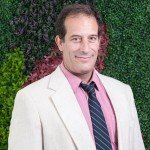 Dr. Gaston Cornu-Labat is a physician and surgeon who has been exploring holistic medicine for over 20 years. Dr. Gaston emphasizes truly holistic healing for all levels of your being. His practice integrates nutritional medicine, natural medicine and body work with novel pain neutralization techniques, together with his knowledge of diverse spiritual and energy healing practices and counseling. He specializes in connecting with his patients to truly understand their concerns and needs while implementing multi-faceted treatment programs that may include, when appropriate, bio-identical hormones, micronutrient replacements and specialized preparations, gentle body work for effective pain neutralization, self-healing techniques, and surgery if it is truly indicated.