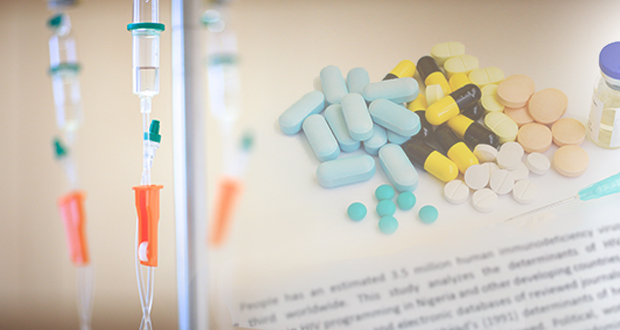 For all the bracelets, clothing, social media campaigns, walks, and races dedicated to finding a cure for the world’s second leading cause of death, cancer is still a hallmark disease of modern society. A disease that for all intents and purposes is just as untreatable today as it was 40 years ago − at least from a conventional perspective.

There have been a a few minor advancements in the way socially accepted treatments like chemotherapy and radiation are administered to cancer patients. Aside from this, there have been few, if any, advancements outside the realm of the slash (surgery), burn (radiation), and drug (chemotherapy) paradigm that the establishment continues to hold up as the only form of “science-based” cancer medicine.

It’s not that more effective alternative treatments for cancer don’t exist − they most certainly do. Sharing this information with as many people as possible is why The Truth About Cancer exists! It’s just that the allopathic system isn’t at all interested in divulging real cures. This is because healthy, cancer-free people don’t sign up for expensive therapies that generate billions of dollars a year in profits for the cancer industry.

Chemotherapy, modern society’s “holy grail” of cancer treatment, is actually a product of World War II chemical weapons programs. It emerged as an afterthought in the wake of many decades worth of failed cancer treatments using radiation and surgery. Eventually it became an adjunct to these protocols − a typified example of the “better living through chemistry” philosophy that swept the nation during the 1950s.

By pumping patients full of toxic chemicals, it was believed, cancer tumors wouldn’t stand a chance at survival. And for some types of cancer, it appeared as though this hypothesis was correct − at least to an extent, and in the short-term. Chemotherapy does, in fact, kill cancer cells. But it also kills healthy cells, along with a patient’s immune system and, really, anything else that crosses its path.

Truth be told, chemotherapy is the definition of a genotoxic treatment protocol, meaning it damages human DNA. And damaged DNA is a leading cause of cancer, as per the “mutational theory” of cancer that is widely accepted among scientists as the impetus behind cancer’s emergence and spread.

What this means is that when chemotherapy is introduced into a person’s body, it causes mutational changes to occur at the cellular level that actually promote the growth and spread of malignant cancer cells. Unlike the various selectively cytotoxic anti-cancer compounds found naturally in certain herbs and plants, non-selectively cytotoxic chemotherapy chemicals destroy both good and bad cells leaving aggressive cancer cells behind and leaving patients prone to more cancer.

The fact that many of the most popular chemotherapeutic drugs currently on the market are classified by the World Health Organization (WHO) as human carcinogens illustrates the backwards nature of conventional cancer treatment. Tamoxifen, for instance, one of the leading chemotherapy drugs used in the treatment of breast cancer, not only causes more cancer (along with more than 24 other deadly side effects), it is also often ineffective. 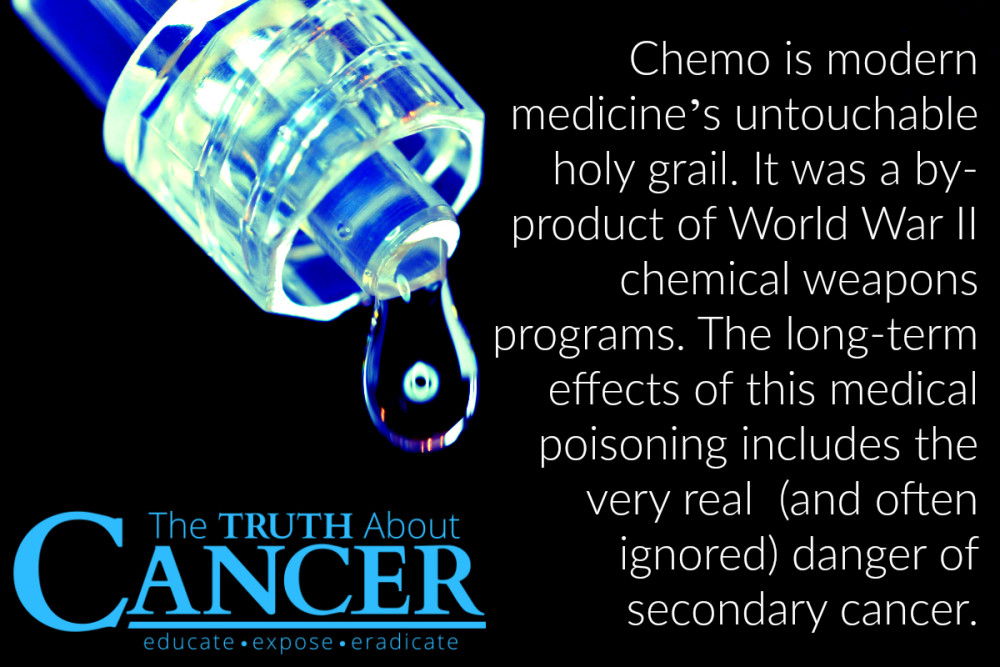 Radiation is Equally Ineffective as a Cancer Treatment

The same is true for radiation treatments, which are increasingly being shown to trigger secondary cancers in patients within years after administration. Let’s use breast cancer as an example. Women who opt for radiotherapy often end up developing more serious cancers like cancer of the lungs later on down the road. This is due to the fact that irradiating breast tissue induces cancer-causing DNA damage at the cellular level.

“When a breast tumor is exposed to radiation, the cells within that tumor are not uniform, but have great heterogeneity,” writes Sayer Ji of GreenMedInfo about the intricacies of how cancer tumors work, and the failure of currently accepted cancer medicine to properly address them.

“Some of the cells are fast-replicating, whereas some are slow-replicating and benign. Some cells are older, technically senescent, and by their very existence are keeping neighboring cells within the tumor and with great potential for malignancy from breaking out into invasive growth.”

In other words, the idea that simply blasting an area of tissue with radiation in the hopes of eradicating all malignant cells and curing cancer is exceptionally short-sighted. Cancer cells are smarter than both radiation and chemotherapy. They tend to find other ways of surviving and growing stronger when targeted with poisonous therapies that destroy the body’s own natural line of defense against cancer − the immune system.

This is why we rarely hear about patients actually being cured from cancer when opting for chemotherapy and radiation. At best, these treatments might help extend a person’s lifespan by a few weeks, months, and sometimes years − albeit with serious side effects and greatly reduced quality of life. At worst, such treatments kill patients more quickly than if they had chosen not to undergo them at all.

There’s No Money in Cancer Prevention, Only Cancer Treatment

So why do oncologists continue prescribing chemotherapy drugs like tamoxifen and deadly radiation treatments to their patients? Because these are the only cancer treatment methods accepted and endorsed by the federal power structure as legitimate cancer medicine. Even though evidence continues to mount showing their ineffectiveness.

Ever since former president Richard Nixon declared a national “War on Cancer” in 1971, very little progress has been made in actually curing cancer − and this is no accident. The primary focus has remained on how to capitalize on cancer rather than cure it. Hence the reason why the general public has been offered only drugs and radiation as opposed to curative protocols centered around therapeutic nutrition and lifestyle changes.

As many as 90% of all cancer-related deaths have nothing whatsoever to do with cancer − that’s right, 90 percent! Cancer-related deaths are a product of cancer treatments killing patients over time through the destruction of immunity and a failed “management” system that gives patients a false hope of survival, all while enriching the drug industry.

“The focus is on fine-tuning drugs rather than investigating how cancer functions,” maintains physician and cancer expert Dr. Josh Axe. “The most narrow focus is rewarded rather than a systemic view; cooperation and collaboration are absent and there is too much emphasis on some magic bullet of a cure (pharmaceutical drugs) rather than prevention.”

There’s no money to be made in prescribing prevention advice like eating fewer chemicals and exercising more. The “bread and butter” of the cancer industry is unleashing the next, latest-and-greatest cancer drug. Not telling you how to avoid cancer in the first place.

This is why it’s up to you to take matters into your own hands, rather than rely on a failed corporate system that’s more concerned with making money than with keeping you and your loved ones healthy and cancer-free.