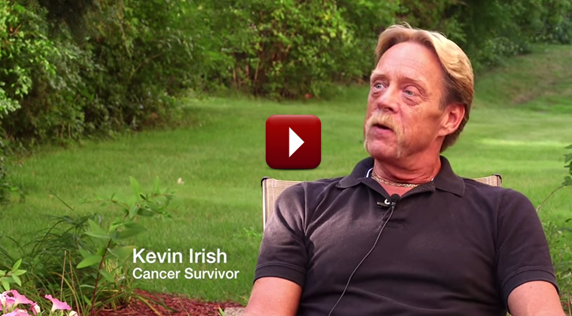 Ty Bollinger: Were you a smoker before that?

Kevin Irish: Yes, I was. About 1.5 packs a day. So it’s self-inflicted. I didn’t want any pity. But nonetheless, we’re human. It’s the only vice I had, and now it’s gone. But the terror and the fear were immediate.

And yeah, I broke down in tears. And my doctor had ordered CAT scans that were ordered stat. He said “you’re going to go right to the hospital and have this done.” Needless to say, I was terrified. And I cried the whole time there.

So later that evening, about 9 o’clock at night, my doctor had called me at home, and he said, “Kev,  it’s stage 4, inoperable.”

And I collapsed on my kitchen floor, and I cried. But I got my composure back real quick, and I said, “what do I do?” He said, “Kev, we’re going to try to get you as much time as possible.” He said, “tomorrow morning you’re scheduled to go in for a biopsy.” He said, “just be there and they will take you the minute you go in.”

And that’s what I did.

Ty Bollinger: So that’s 5 years ago. Stage 4 inoperable lung cancer. What was the prognosis at that point? You’re 5 years out now.

Ty Bollinger: Okay, over 5 years. So what was the prognosis for you lasting 5 years from that point?

Kevin Irish: The prognosis from my research, because the first thing I did was I wanted to research what was going on…

←
Previous
Coconut Oil — Hero or Villain?
→
Next
Have You Been Lied to About Fluoride?