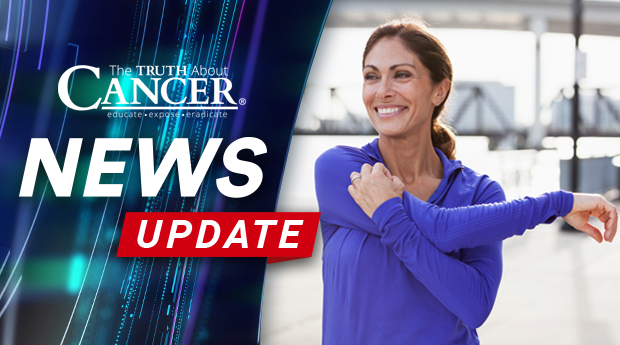 Does exercise keep you young? A new article by NPR highlights research that says those who have been exercising regularly for decades can be as healthy as those who are much younger. In fact, the study found that septuagenarians (people in their 70s) who had been exercising regularly had muscle health that was indistinguishable from the muscles of people in their 20s.

The 1970s brought on a major health boom, with activities like running, cycling, and swimming becoming increasingly popular. Recently, scientists have been able to study that generation, many of whom have exercised as a hobby for the last 50 years. The results were impressive.

Cardiovascular and skeletal muscular health were dramatically improved in people who had been exercising consistently. Does exercise keep you young? Scott Trappe, an exercise physiologist who led the study, was shocked by how significant the difference was:

We saw that people who exercise regularly year after year have better overall health than their sedentary counterparts. These 75-year-olds — men and women — have similar cardiovascular health to a 40- to 45-year-old.”

This improvement is likely due to an elevated ability to process oxygen. After age 30, the body’s ability to utilize oxygen begins to decline by nearly one percent each year. It becomes more noticeable as people approach their 50s, marked by shortness of breath and increased difficulty exercising. This is known as VO2 max, which measures a person’s maximum oxygen intake.

According to NPR, “The age-related reduction in VO2 max is directly associated with an increasing risk of multiple chronic diseases, mortality and loss of independence.” At TTAC, we’ve discussed the importance of aerobic exercise and cardiovascular health. It wasn’t that long ago that we wrote about the dangers of a sedentary lifestyle, and how sitting can be as harmful as smoking – if not worse.

The study also evaluated the muscular health of its subjects. The results were even more staggering. The muscles of 75-year-old people who were lifelong exercisers were nearly identical to the muscles of 25-year-olds. Nearly 50 years later, their muscles were in almost perfect shape.

“50+ years of aerobic exercise fully preserved capillarization and aerobic enzymes, regardless of intensity. These data suggest that skeletal muscle metabolic fitness may be easier to maintain with lifelong aerobic exercise than more central aspects of the cardiovascular system,” the researchers said.

The study, though small, is one of the first to examine lifelong exercise (LLE) and its effects on the human body. There’s very little data available on men and women who have been exercising regularly for 50+ years, but the results so far have been impressive.

I recently published an article about healthy aging in which we discussed the importance of cellular health as the body goes through the natural changes associated with age, and we’ve talked at length about the benefits exercise. We know that it can keep you healthy, but does exercise keep you young? Thanks to this new study, we can confirm that making a consistent effort to exercise regularly can keep your body both healthy and young.

Frailty and weakness have come to be expected in old age, but the evidence shows that regular exercise – even 30-60 minutes a day – may help reverse many of the signs of old age. Even better, these benefits don’t require extreme training or ultra-intensive workouts. The researchers found that the intensity of the exercise didn’t really matter; just the simple act of keeping your body moving is enough to keep your body young. Trappe elaborates:

If you want to do 30 to 45 minutes of walking a day, the amount of health benefit you are going to get is going to be significant and substantial. Will it equal the person training for competitive performances? No. But it will outdo the couch potato.”

The benefits of lifelong exercise may also help to prevent cancer. Reduced obesity and better blood pressure can both reduce your risk factor. Exercise can also help boost the immune system, the body’s natural defense against disease.

So, does exercise keep you young? Absolutely. But perhaps most importantly, elderly people who have exercised regularly have capacities roughly 40% higher than those who were are not active. We all wish for a long life, but the quality of that life is just as important, if not more so. Making the right choices now can help us “build a reserve” that will pay physical dividends down the road.

How would you like an easy-to-follow, step-by-step guide to building a better, healthier, cancer-free life? TTAC’s Ultimate Cancer Prevention Program is based on all the cancer-fighting solutions we learned from the experts while producing A Global Quest. Click here to find out more about this life-saving resource.

←
Previous
PSK: Popular Japanese Cancer Treatment STILL Not Approved in the U.S.
→
Next
How to Resist Chemotherapy: A Step of Faith (Part 3)