You are here: Home / Cancer Treatments / Essential Oil of Sandalwood Shows Efficacy in Fighting Cancer, Especially When Combined with Frankincense 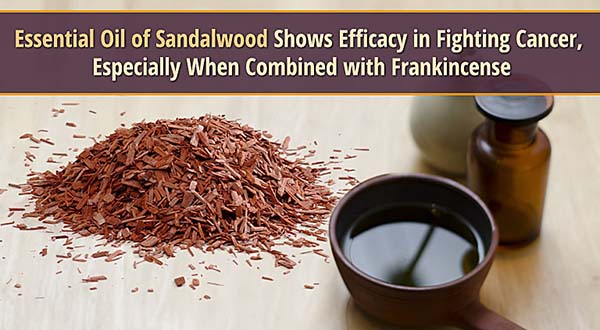 Imagine yourself journeying across Southeast Asia and encountering giant trees giving off a fragrant, earthy aroma marked by a tinge of sweetness and a hint of fruit. A local expert in Ayurvedic medicine informs you that deep within the heartwood of these trees is a precious substance that has been used by traditional healers for centuries to fend off debilitating disease.

The trees being described here are known as sandalwood, and they really are one of nature’s perfect miracles when it comes to healing. From a cancer perspective, the essential oil of sandalwood, which is tapped from the centermost area of sandalwood tree trunks and roots, is a time-tested remedy for preventing tumors and their associated cancers.

Though technically endangered, sandalwood trees are now being grown sustainably in various parts of the world, including in Australia and Indonesia. While generally more expensive than many other essential oils, sandalwood oil remains among the most powerful anti-inflammatory and chemo-protective serums available – and it smells incredible! 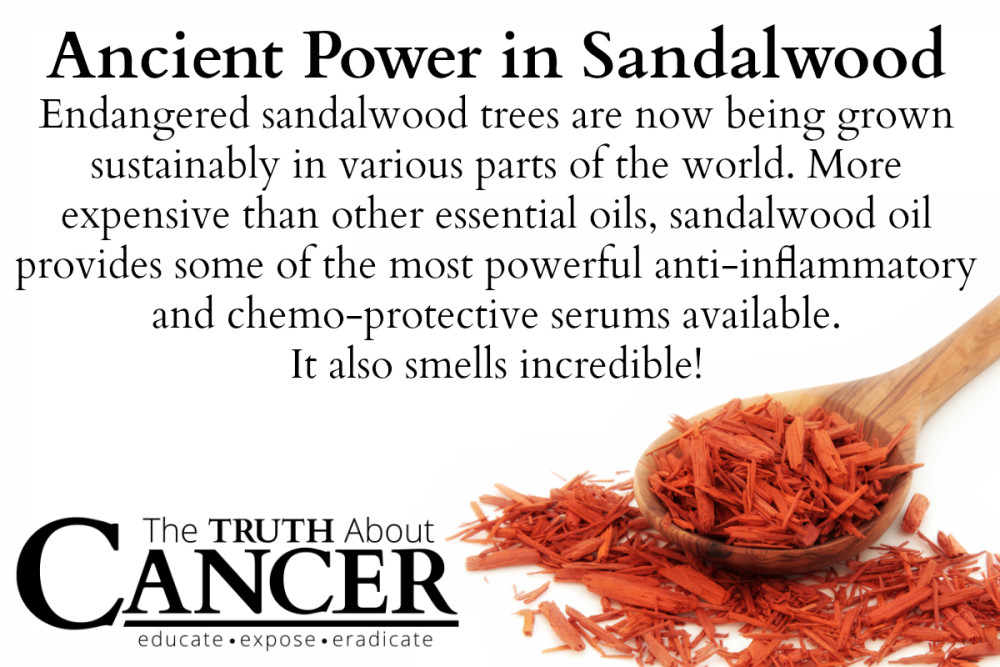 A 1997 study published in the European Journal of Cancer Prevention made some interesting observations about sandalwood’s chemo-protective effects, particularly with regards to skin cancer. Rich in sesquiterpenes, sandalwood has long been used by traditional herbalists to make healing skin pastes, and it appears as though one of the uses may have been in the treatment of skin papillomas.

Based on the study’s findings, which showed that sandalwood oil decreased papilloma frequency by 67 percent, the authors concluded that it may be an effective way to protect against skin cancer.

A more recent paper published in the journal Chinese Medicine further identified sandalwood’s anti-cancer potential alongside that of a related oil, frankincense. Operating in coordinated but distinct ways, these two precious oils were observed to both promote cancer cell death and inhibit cancer cell potency.

The latter effect is where sandalwood oil really got to show off its power, halting the viability of two particular cells implicated in human bladder cancers: J82 and UROtsa. Like frankincense oil, sandalwood was shown to activate certain signaling pathways in order to fight against these cells, but its mode of achieving this was found to be distinct from its partnered oil.

For their research, scientists used volume-to-volume oil ratios of 1,400-600 dilution for frankincense and 16,000-7,000 dilution for sandalwood. Be sure to consult with a qualified physician before attempting to treat any form of cancer using essential oils.

←
Previous
Figs — The Delicious, Weird Superfood That Fights Cancer
→
Next
How Legumes Fight Cancer (and Gas-Free Tips to Boot)