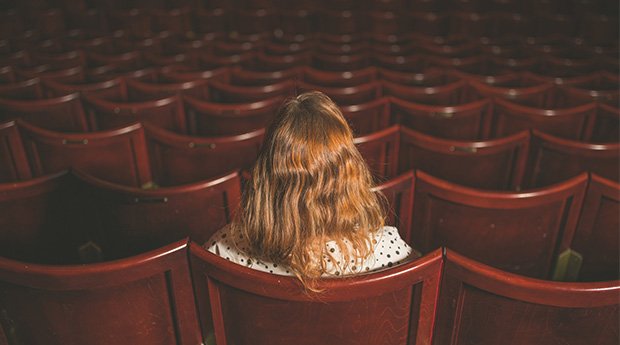 Did you know that that loneliness can literally break our heart and make us sick? According to recent research, this most uncomfortable emotion is associated with heart disease as well as high blood pressure. And those two conditions seem to be just the tip of the iceberg when it comes to the correlation between feeling lonely and disease. Studies also reveal the link between social isolation and cancer.

Study Says Feeling Lonely Affects Us on a Biological Level

A meta-analysis of 70 studies done by Brigham Young University recently found that feelings of loneliness can increase a person’s chance of dying by 26 percent. This is even more than depression and anxiety, which is associated with a 21 % increase in mortality. A ground-breaking joint study conducted in part by research teams from the University of Chicago and the University of California, Los Angeles, may have discovered what makes this emotion so harmful on a biological level.

“The level of toxicity from loneliness is stunning,” said University of Chicago psychologist and expert on loneliness John Cacioppo in an interview about the subject for MSN News.

The harm, according to the report published in the November 2015 Proceedings of the National Academy of Sciences, can be seen at the cellular level. Cacioppo and others found that loneliness can lead to long-term “fight or flight” stress signaling which affects immune system functioning − in particular the production of white blood cells.

The 2015 study did a deeper dive into previous research conducted by the same team. In those previous studies, they found that feelings of loneliness can be linked to a phenomenon called “Conserved Transcriptional Response to Adversity” or CTRA. This is when there is an increase in gene expression for inflammation while at the same time there is a decrease in expression of genes responsible for protection against viruses.

The 2015 study looked at leukocytes, or white blood cells, which help the body fight pathogens. They found that white blood cells of lonely humans and animals showed signs of CTRA. In animal studies, the researchers also found higher than normal levels of norepinephrine, a neurotransmitter commonly connected to the fight-or-flight response.

They also discovered that the CTRA process and lonely states seem to have a “reciprocal relationship.” In other words, CTRA can propagate states of loneliness and visa versa. The relationship between chemical and biological functions and loneliness, according to the researchers, was independent of other factors such as depression, generalized stress, and whether or not a person has social support.

What does this mean for those wanting to heal or prevent cancer? Simply put, people who feel lonely have less immunity and more inflammation than people who aren’t. These conditions are directly related to what happens when the body is in a chronic stress state and these same conditions have been linked to up-regulation of genes that can contribute to cancer.  According to a previous study conducted by UCLA genetic researcher Steven Cole:

“Beta-adrenergic signaling from the sympathetic nervous system has been found to up-regulate a diverse array of genes that contribute to tumor progression and metastasis, whereas glucocorticoid-regulated genes can inhibit DNA repair and promote cancer cell survival and resistance to chemotherapy.” 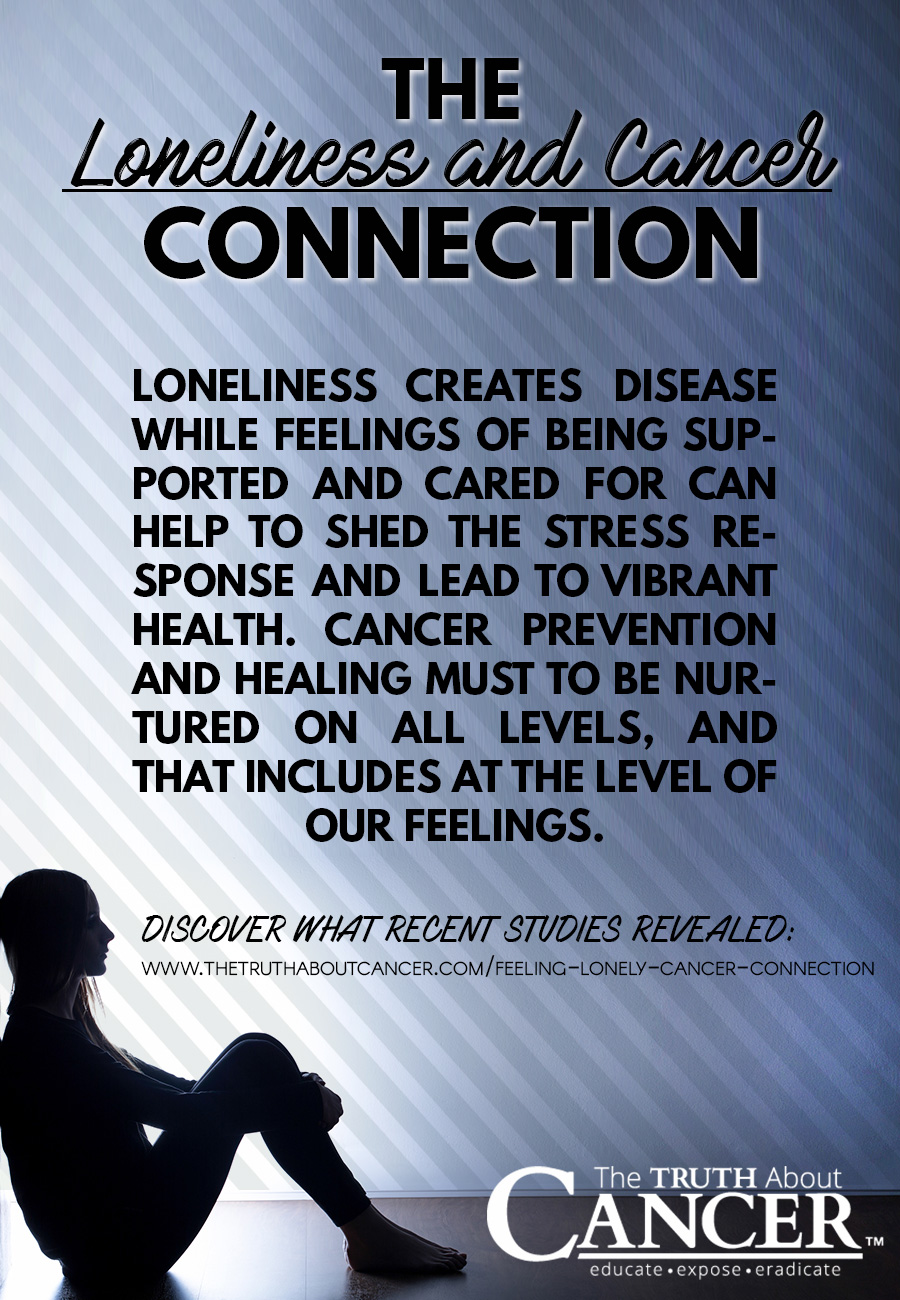 The Roseto Effect: Can a Sense of Community Actually Heal Disease?

Interestingly, through the years other research has pointed to the fact that the opposite may also be true. Feelings of social inclusion and support may actually lead to disease resistance.

The “Roseto Effect” was coined after a groundbreaking 50-year study of residents of Roseto, Pennsylvania, by Dr. Stewart Wolf (then head of Medicine at the University of Oklahoma) and his team. Several studies were conducted in this enclave of mostly Italian immigrants over the the course of five decades. Comparative studies were also conducted in the nearby towns of Bangor and Nazareth.

In the 1960s, heart disease was on the rise in the United States overall while the incidence of heart disease and other diseases was practically non-existent in Roseto. Dr. Wolf and others were dumbfounded as to why this was since Roseto residents were, for the most part, sedentary and overweight. They smoked stogies and drank red wine with “abandon.” Most of the men worked in the local slate quarries where they were exposed to harsh environmental toxins.

Eating habits did not play a part in their seeming good health. Genetics didn’t either; relatives of Roseto residents who lived in nearby towns experienced the same rate of heart disease as the rest of the country. Dr. Wolf also observed, however, that the first generation of Roseto residents existed in a tight-knit community were traditions were upheld. No one owned a TV and celebrations and group dinners were a nightly occurrence.

Dr. Wolf and his team eventually concluded that a low-stress lifestyle and close social ties directly contributed to the disease-free state of that first generation of Roseto residents. By the 1970s, however, the second generation of Roseto residents began to conform to the national average for heart disease as they also conformed to the more “American lifestyle” of TV watching, social isolation, and higher stress levels at work and at home.

“An isolated individual can become easily overwhelmed by the challenges of everyday life,” explained Dr. Wolfe in one of the study reports. “This kind of overwhelm can trigger stress responses in the body. (The stress response) in individuals surrounded by a supportive community relaxes. This kind of relaxation translates into positive effects on the body’s physiology, leading to disease prevention and sometimes disease remission.”

Either way you look at it, you can draw the same conclusion: loneliness creates disease while feelings of being supported and cared for can help to shed the stress response and lead to vibrant health. Cancer prevention and healing must to be nurtured on all levels, and that includes at the level of our feelings. If you are feeling lonely, don’t just push it under the rug. Contact a counselor, reach out to a friend, join a support group in your area, or even consider bringing a dog or cat into your home. Not only will you feel better emotionally, you will be giving your body the amazing gift of healing as well!

←
Previous
Why Are Childhood Cancer Rates on the Rise? (video)
→
Next
PNC-27: The Promising Cancer Cure That’s Not Available to Americans