You are here: Home / Cancer Prevention / The Healing Power of Forgiveness

Georgia Congressman John Lewis is an African-American civil rights activist who suffered through unspeakable oppression in the racially-divided American South of the 1960s. Some 30 years after he suffered a severe beating for standing up in solidarity for racial equality, he wrote a (now famous) op-ed piece for The New York Times following the death of one of his most outspoken political persecutors.

In the piece, Lewis surprised the nation when he offered up words not of hatred against the man, but kind-hearted reprieve and forgiveness.

In case you’re unfamiliar with this particular tidbit of American history, former Alabama Governor George Wallace was said by many to have been one of the most staunchly segregationist voices of the time. Rather than shame Wallace’s legacy in one of the world’s most widely-circulated newspapers, Lewis (who grew up watching Wallace promote black-white division on the national stage), openly and publicly forgave his former archrival… much to the surprise of the American people.

Lewis highlighted the incredible transformation he observed in Wallace after finally meeting him in person for the first time in 1979. Lewis wrote about how Wallace had changed, and was now seeking forgiveness from all he’d harmed, expressing deep sorrow and remorse over what he had done.

Lewis recalled feeling a deep sense of empathy towards Wallace in his state of humble remorse, prompting him to forgive Wallace right then and there. The beauty of this exchange and how it softened both men’s hearts, opening the door to true reconciliation, is captured in this one simple sentence penned by Lewis:

When I met George Wallace, I had to forgive him, because to do otherwise − to hate him − would only perpetuate the evil system we sought to destroy.”

It no longer mattered after that point all the horrible things that Wallace had done during his political tenure to fight against civil rights; at least not in terms of the legacy he would ultimately leave in Lewis’ mind. That’s because Lewis, as he openly admitted in his editorial, recognized in his heart of hearts that every human being has the capacity to change for the better.

And more importantly, that grace and forgiveness are the most powerful drivers of such change. Not only in those to whom they are granted, but also in the person granting them.

This is the essence of forgiveness: extending grace to others and letting go of the ways in which they’ve harmed you, in order to foster reconciliation and peace.

In Lewis’ case, forgiveness came a lot easier because Wallace was no longer his old self, having had his eyes opened to the fact that his former wrongs needed to be made right. But even if Wallace hadn’t experienced this dramatic life change, forgiveness still would have been in the best interest of Lewis. Not only for his conscience’s sake, but also for his own peace of mind. 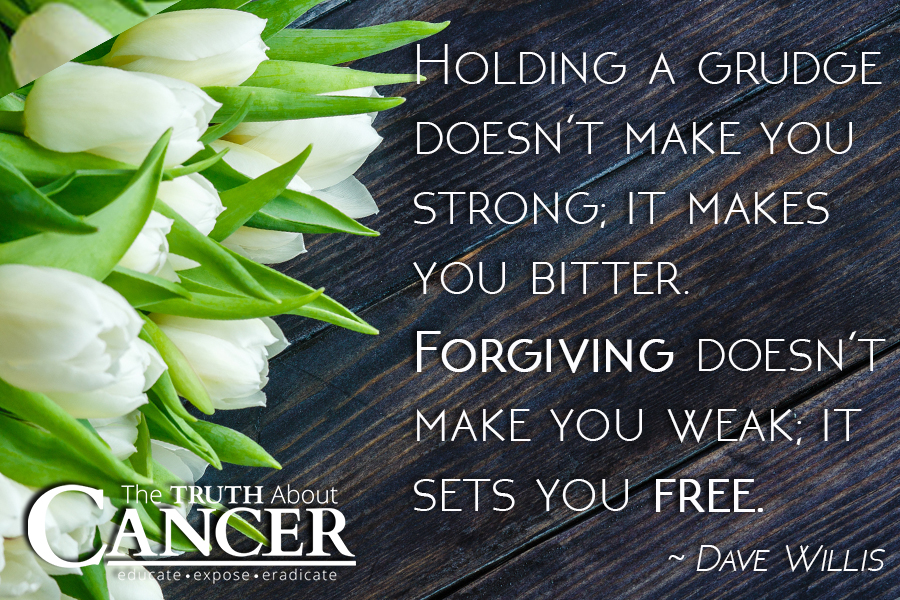 Holding Grudges Eats Away at You

The fact of the matter is that forgiveness is a two-way street. It has the power to heal the forgiver just as much as the one being forgiven − something that many of us often forget. Holding onto grudges and bottling up negative emotions that stem from past grievances only makes the situation worse for the one who was wounded in the first place. In the end, it eats away at you emotionally and physically.

In order to find release and move forward from past wounds, it’s absolutely vital to learn how to forgive those who’ve harmed you and let it go. The Bible describes this process as “turning the other cheek,” which involves not only treating others how you wish to be treated (even when they treat you wrongly!), but also recognizing that we’re all flawed and in need of forgiveness.

In a practical sense, it’s mastering the art of letting go. Whether it be letting go of anger, resentment, bitterness, or a feeling of needing to “get even” with someone for hurting or betraying you. When you fail to forgive, you end up hurting yourself more than the person who hurt you.

But when you embrace forgiveness, you release all the pain, distress, and baggage that, if left unchecked, interferes with your emotional, spiritual, and even physical wellbeing.

Even if You Can’t Forget, Learn to Forgive

The old adage “forgive and forget” sounds nice, but let’s face it: forgetting isn’t always feasible. Severe emotional and physical traumas can inflict lasting damage. So much so that truly forgetting they ever happened is sometimes an impossibility.

But the forgiving part is always possible, and it’s the only way to ultimately release the pain and oppression brought on by the offense requiring forgiveness.

There’s another saying that says refusing to forgive someone is like drinking poison and waiting for the other person to die.

Remember: it’s not about justifying someone else’s bad behavior against you, but rather releasing all the negative energy that it sent your way in order to find peace. This in turn will help your other relationships, promote spiritual and psychological wellbeing, reduce stress and blood pressure, boost your immunity, and help bring lasting joy and happiness into your life.

Some Helpful Tips for Learning How to Forgive:

On a final and important note…

Often the most harmful “grudges” we hold onto are against members of our own family and past friends, whose transgressions against us years or decades ago are all the more painful because they were people we trusted.

And often this harmful anger and angst is buried so deep that we don’t realize how much it is harming us. That is, until we consciously “look it in the eye,” recognize it for what it is, and decide to let go and forgive.

Then it can feel like a thousand pounds were lifted off our hearts, and indeed even our physical and mental health can improve!

Have you experienced the power of forgiveness in your own life? Please share in the comments section below.

Editor’s note: This post was originally published in August 2016. It has been updated and republished in September 2019.

←
Previous
Healing from Lyme Disease: A Natural Journey to Recovery
→
Next
The Politics of Cancer (Part 3) – The Marriage of Modern Medicine & Big Pharma