You are here: Home / Nutrition / Food & Drink / The Surprising Health Benefits of Coffee 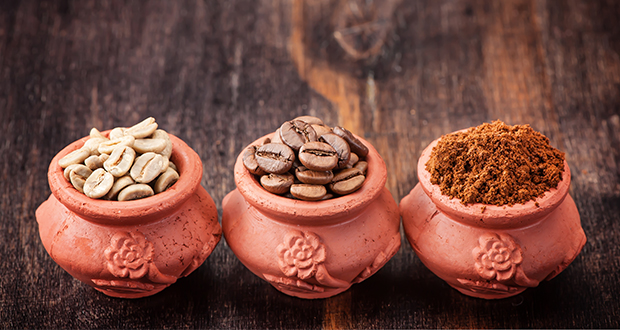 Coffee is a diverse beverage enjoyed by people the world over. As one of the most popular drinks on the planet, experts estimate that approximately 400 billion cups of coffee per year are consumed! While many people use coffee as a stimulant to get them going in the morning or help them through the afternoon slump at work… there are health benefits to coffee and it can actually be good for you.

That isn’t to say that drinking two pots by yourself every morning is good (you need water!), but 2 cups a day of the antioxidant-rich brew made from quality coffee beans can go a long way toward helping your body stay healthy and strong.

So what about information that’s been floating around for decades that coffee is “bad for you?” This myth was actually laid to rest several years ago.

In a 2008 study led by the Harvard School of Public Health, it was determined that men and women who drank as much as six cups a day did not increase their risk of disease or early death. Rob van Dam, Assistant Professor in the Department of Nutrition, was one of the study researchers and explained, “For the general population, the evidence suggests that coffee drinking doesn’t have any serious detrimental health effects.”

Those involved in the 20-year study realized that prior “coffee is bad for you” data was not taking into account the unrelated bad habits of participants such as smoking, physical inactivity, or overall poor diet. That means you can enjoy the benefits of real coffee without guilt.

The active compounds in coffee not only neutralize free radicals in your body, they also work to repair the damage they cause. Since cancer cells result as mutations to healthy cells, the possible applications of coffee against cancer is fascinating! As a matter of fact, studies have shown that coffee can decrease the risk of colon cancer, breast cancer, and liver cancer. Not only does coffee help prevent liver cancer, but it has also been shown to drastically lower the risk of developing cirrhosis of the liver as well.

Coffee has also been shown to improve heart health (due to fewer calcium deposits), decrease the risk for MS and Parkinson’s disease, and improve brain health, since caffeine promotes production of the neurotransmitters serotonin, dopamine, and noradrenaline. It has even been shown to play a role in fighting type 2 diabetes!

How to Get the Best Coffee for Your Health

The benefits of coffee depend on where the beans are grown and harvested as well as how it is prepared. It is a naturally low-caloric food, before cream or sugar is added, containing only about two calories per cup!

One important consideration is that many so-called coffee shops these days are selling coffee “concoctions” filled with health-harming sugars, fats, and artificial flavors. These are not beneficial for your health, and are not the same as drinking actual coffee. Also, most coffee beans are sprayed heavily with pesticides. So you should select only coffee beans that are certified organic.

According to researchers at the University of Scranton, coffee is the number one dietary source of antioxidants in the United States by a large margin.

Not only are there loads of antioxidants in coffee, your body absorbs them effectively! If you want to limit your caffeine, you might be surprised to learn that caffeinated and decaffeinated versions of coffee have almost the same benefits. That means you can get the good stuff without the jitters. This is particularly important for those who have difficulty getting quality sleep or suffer from anxiety. Fully caffeinated foods can heighten such feelings, so choose decaf!

The Health Benefits of Coffee Go Beyond Waking You Up

Naturally, if you have stomach issues, the acidic nature of coffee may worsen your symptoms. Women who are pregnant or wishing to become pregnant and those with unregulated blood pressure should limit their daily intake. Instead, consider one of the other cancer-fighting beverages on our list such as tea.

For those of you worried about the health of your daily java – drink up and enjoy every rich and delicious drop! 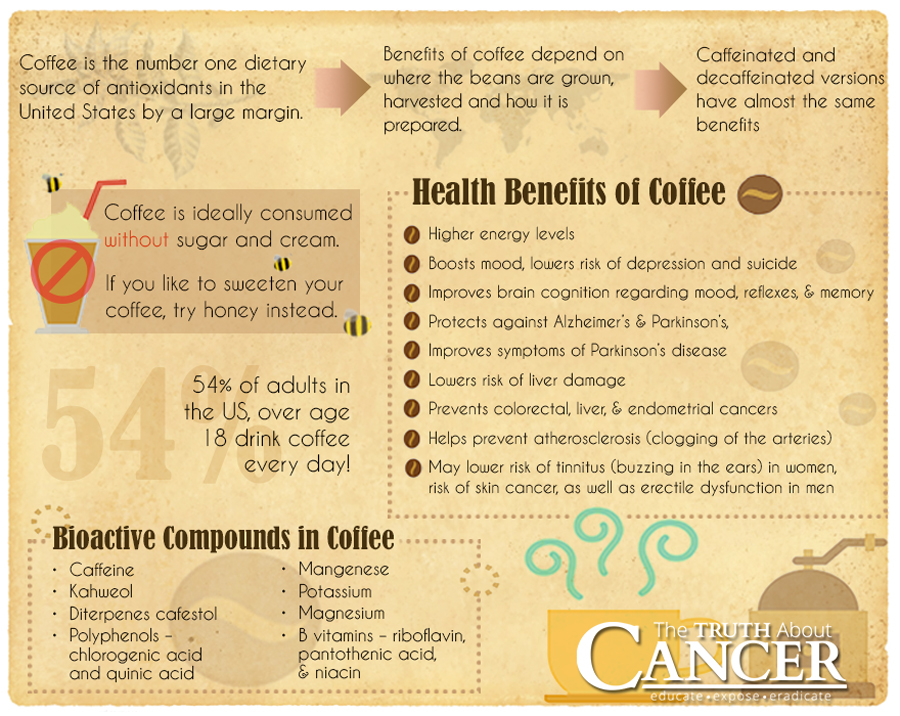