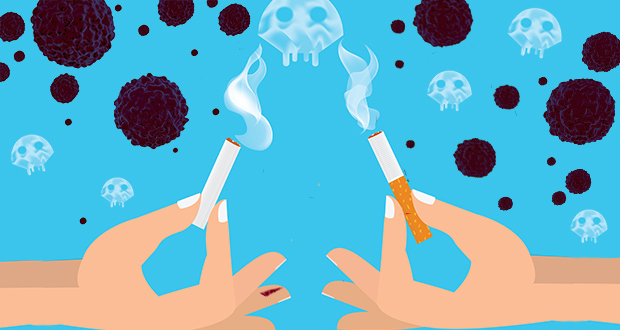 Not even 100 years ago, it was the norm throughout society… and shockingly enough, doctors actually recommended it for improved health. But the tables have turned dramatically as far as public perception on smoking, which is now recognized as the number one cause of preventable disease and death in the United States.

The Deathly Link Between Smoking and Lung Cancer

The latest statistics from the Centers for Disease Control and Prevention (CDC) reveal that smoking kills roughly half a million Americans annually. Nearly 50,000 of these deaths due to exposure to second-hand cigarette smoke. These statistics are staggering, especially considering that smoking rates have been progressively dropping since the turn of the century.

The temporary satisfaction that smokers get from inhaling that plume of ashy smoke and watching it bellow into the air − a moment of relaxation in a busy and increasingly stressful world − just isn’t worth the long-term health risks. And with national “Kick Butts Day” on March 16th, I feel as though it’s my duty to warn our readers of the importance of kicking this dirty habit.

If you’re a smoker, you’re probably acutely aware of the fact that commercial cigarettes aren’t good for you. I mean, heck, national anti-smoking campaigns have been aggressively urging the public to stop smoking for at least the past 20 years. You’d have to have been living in a cave to miss it.

Anti-tobacco sentiments date back many hundreds of years. In fact, some of the earliest historical records show that during the 1600s Roman Catholic popes banned tobacco use in holy places. King James I even issued “A Counterblaste to Tobacco,” which stated that tobacco smoking is a “custome lothesome to the eye, hateful to the nose, harmful to the brain, dangerous to the lungs, and in the black and stinking fume thereof, nearest resembling the horribly stygian smoke of the pit that is bottomless.”

Quite the strong opinion, wouldn’t you say? And yet, minus the religious connotations, this isn’t much different from the message being broadcast by public health officials today. These men and women continue to drive the point home that smoking kills − and it definitely does!

Inhalation of smoke in any form isn’t good for your lungs. However, it is especially the case when that smoke is laced with thousands of chemical additives − 69 of which are known carcinogens! This is what you’ll find in the average commercial cigarette, by the way, which is orders of magnitude more toxic than cigarettes of old that contained just tobacco and paper.

Tobacco, and even nicotine, isn’t inherently toxic, it turns out. Nicotiana Tabacum, as well as its cousin Nicotiana Rustica, are the plants from which tobacco is derived. They have been used for thousands of years in both medicine and religion. Only within the past 100 years has tobacco become a dirty word with an even dirtier reputation… and it’s all in the roll. 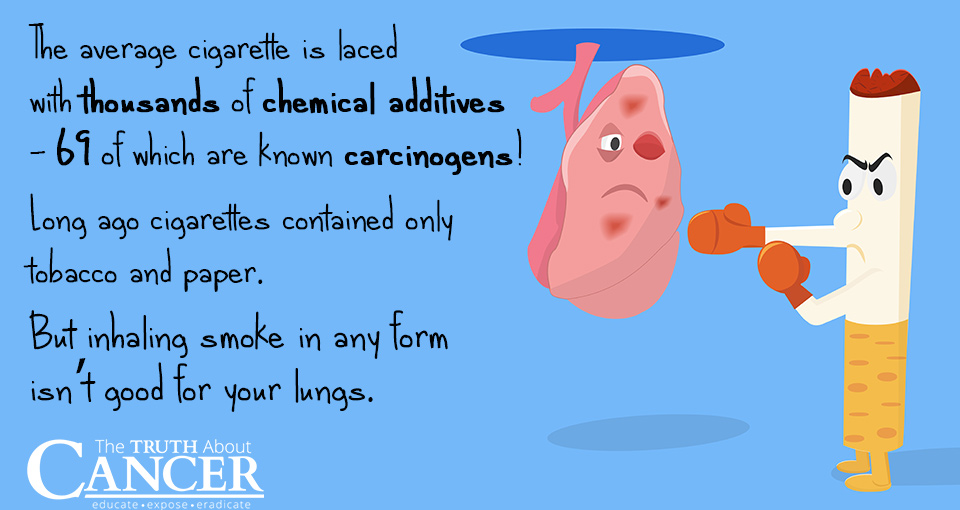 Some of the more surprising, scientifically-backed health benefits of tobacco include:

Inhaling Cigarette Smoke is a Recipe for Health Disaster

In my view, the research behind all this points to the potential health benefits of tobacco itself, not smoking − so don’t get too excited and rush out to the store to pick up a pack of lights! Smoking tobacco is a bad idea, no matter how you look at it. There is significant science suggesting that engaging in this dirty habit is far more destructive than it ever could be helpful.

The National Cancer Institute (NCI) lists the following as being a few of the more than 250 chemicals in tobacco smoke known to damage human health:

And the list goes on and on, with all sorts of heavy metals, plastics, and other chemicals that are generated every time a smoker lights up. The short-term effects of this exposure are disastrous in and of themselves, but the long-term effects are even worse.

Lung cancer is the most obvious consequence of a smoking habit, as is emphysema and chronic obstructive pulmonary disease (COPD). But smokers are also at risk of developing similarly devastating diseases such as diabetes, osteoporosis, rheumatoid arthritis, age-related macular degeneration, pneumonia, chronic inflammation, and depressed immune function. 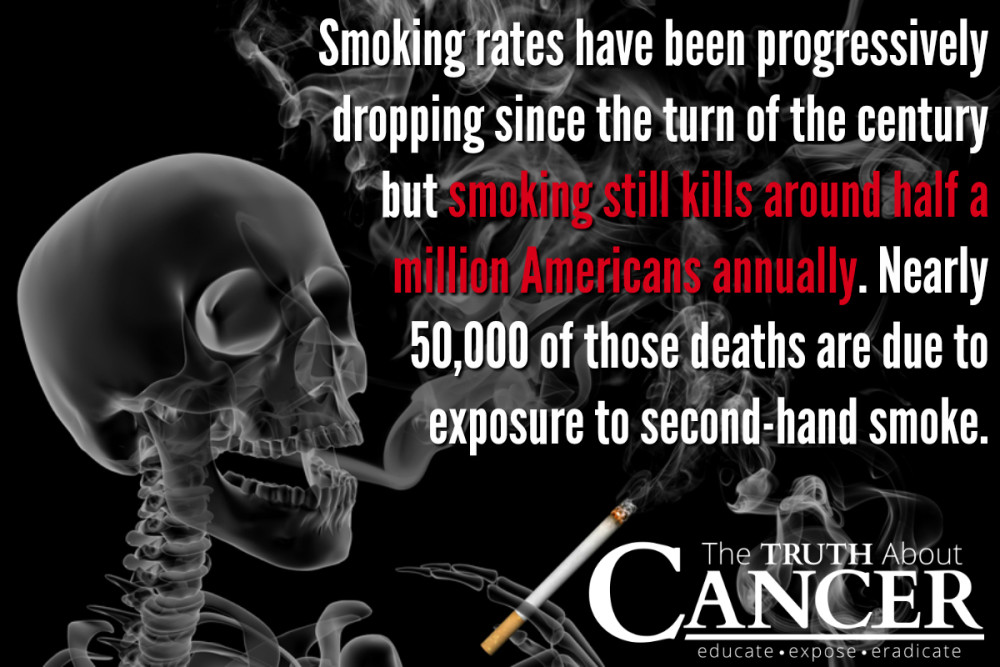 Kick the Habit and Regain Control of Your Health

I’m not here to harp on you if you’re a smoker who’s trying to quit, or even if you’re not necessarily trying to quit. I recognize the difficulties of breaking this addictive habit when it’s been a part of your life for many years. But I will urge you to make every attempt possible to quit, for your own sake and for the sake of your family and friends.

I’ve witnessed too many loved ones die from cancer to keep quiet about this, especially when smoking-related health damage is completely preventable. With Kick Butts Day as a reminder, you have the opportunity to join tens of thousands of others in the same boat who are committing to “kick butts” and take names.

It’s never too late to stop smoking. Believe me when I say that the human body has an incredible ability to heal itself, even if you’ve been smoking since as far back as you can remember. But you’ve got to decide to take the first step, and that means quitting.

Go pick up some nicotine replacement patches, or even enroll in a local smoking cessation class. Whatever it takes to stop polluting your body with cigarette smoke, just do it! Your friends, your family, and ultimately your body will thank you.

←
Previous
9 Ways a Cancer Coach Can Help You Beat Cancer
→
Next
How Safe is an Airport Full Body Scanner?