You are here: Home / Cancer Causes / Is There Any Such Thing as “Healthy” Potato Chips? 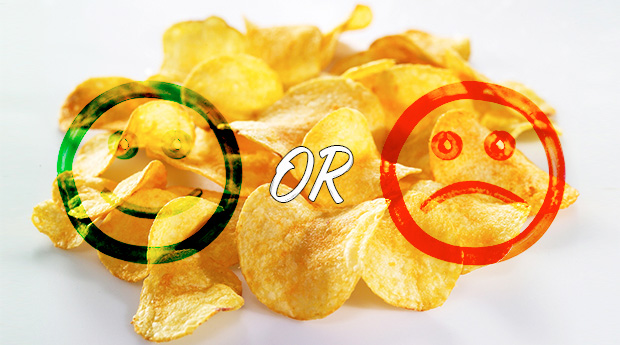 It’s very likely that you’re already aware of the link between fried potatoes and cancer. And that potato chips are generally considered to be a “junk food” with no place in an anti-cancer diet.

However, when potato chip companies make claims that their products are “organic,” you might find yourself rethinking your decision to cut them out of your diet. You may even be led to believe that there are certain types of chips such as “kettle-style” chips or “baked” chips that are actually healthy.

Kettle chips are simply regular potato chips that are fried in a kettle. The kettle method is the way chips were originally prepared in the “old fashioned” days when all chips were made from real organic potatoes.

In this procedure, each group of chips is supposed to be fried as a single batch, as opposed to the more commercial continuous-frying method. Alternately, the kettle method is supposed to process chips in smaller, individual batches. But is it really possible for each batch to be separately prepared? I would venture to say that in a commercial factory it probably doesn’t really happen that way.

The reason this kettle chip process is viewed as “healthier” is that the oil cools somewhat in between batches. Thus, the potatoes are cooked at lower temperatures. This supposedly decreases the amount of acrylamide, a carcinogen that forms when carbohydrates are cooked at high temperatures (above 212 F or 100 C).

Technically, if you fry thinly sliced potatoes in a pot at home then you have kettle chips. So, the question is… are kettle chips healthy potato chips? Unfortunately, the answer is no.

There are several forms of carcinogenic compounds that form as a result of potato chip processing. Let’s take a closer look at four types of carcinogens that can form while potato chips (and many other foods) are being processed:

This dangerous chemical is created when starchy vegetables, especially potatoes, are baked, fried, toasted, or roasted at temperatures of 212 degrees Fahrenheit or higher. As the carbs are cooked, the sugar combines with asparagine, an amino acid, and forms acrylamide. One telltale sign that acrylamide is present is their signature yellow brown color that forms on foods cooked at these temperatures. This chemical has been proven to increase cancer risk, and affect the nervous system as well.

These carcinogenic compounds are formed when smoke from the grill, oven, or stove gets into the air while cooking at high temperatures. These carcinogens then penetrate the food and you consume them. If you are smoking meats, vegetables, or even cheese on the grill or in a smoker, your vegetables will be impregnated with these cancerous carbons.

Inhaling is another way to get intoxicated while you are grilling meat or veggies. Technically anytime you burn food and the house fills with smoke you are breathing in toxic PAH vapors. But in the factory where the chips are being manufactured the concentrations are even higher because of continuous processing. As a result the chips are getting a significantly concentrated dose before they’re even packaged.

These detrimental gems are formed from over-cooking food at high temperatures, thus charring the food. Any overcooked chips potentially contain HCAs even though they are more commonly found on meats. Studies have shown that consuming charred food increases your risk of developing cancer.

Glycation occurs when food is cooked at high temperatures, which is done to sterilize it from pathogens. Sugar combines with protein to produce these end-products that accumulate in the tissues. The result of high concentrations of AGEs in tissues is low level chronic inflammation, oxidative stress, and kidney failure.

According to scientific research, nearly every chronic illness has its roots in AGEs. AGEs contribute to an increased cancer risk because inflammation and circulating free radicals trigger cancer cell formation. If the kidneys can’t flush these toxins out, then the body is flooded, which taxes the immune system further. So, it becomes apparent that the cancer has the opportunity to become rampant in the body as the systems to protect the body become weaker.

It may seem counterintuitive, but potatoes that are thinly sliced, doused in oil, and then baked can contain up to three times the acrylamide, according to the FDA (Federal Food and Drug Administration). The reason is that baking also allows the yellow/brown acrylamide to form on the surface. Since potato chips are thin, they are fully concentrated with acrylamide.

Oil fries the chips faster in the big vats so they are processed for a shorter time period. But, the oven takes longer so their exposure is increased, causing more acrylamide to form simultaneously. Therefore, baking is not exactly better. However, if you bake at a very low temperature, say 115 degrees Fahrenheit, then the likelihood of acrylamide formation is decreased. As a rule of thumb low temperature cooking is key to safer food.

Now that we understand the dangers of processing potato chips, what carcinogenic ingredients do these so-called “healthy chips” contain that affect your likelihood of developing cancer?

In addition to the processing issues that we discussed above, further hazards to your health include the MSG (Monosodium glutamate) disguised under the term “yeast extract,” Maltodextrin, and sunflower oil.

Eating foods containing this ingredient causes your pancreas to produce a large amount of the growth hormone insulin in an attempt to balance out your blood sugar levels. This is a big problem because an overproduction of insulin allows for rapid growth of tumor cells due to hormone imbalances. This in turn can lead to breast, ovarian, and prostate cancer along with obesity, diabetes, high cholesterol, Alzheimers, and stroke.

Maltodextrin is also typically produced from corn starch. This means it is very likely developed from genetically modified corn which is another issue that affects your gut health.

Although sunflower oil sounds like it could be healthy, it’s actually on the list of the main oils to avoid. This is due to the heavy refining process that it undergoes to produce more volume. Therefore, sunflower oil is a hydrogenated fat, something to be avoided. Although healthy, cold pressed fats can do wonders for the body in the right amounts, hydrogenated fats are truly the opposite. They contribute to obesity, diabetes, high cholesterol, high blood pressure, heart disease, hormonal imbalances, toxic buildup, and sooner or later − cancer.

Your safest bet when it comes to potato chips is not to indulge at all. For an enjoyable snack, try a reasonable serving of vegetables dipped in a healthy dressing with high quality, unheated fats instead. These contain good fats that your body needs for optimal functioning. For example: it only takes a few minutes to whip up a guacamole with lemon juice and sea salt dip for broccoli, celery, and cherry tomatoes. This combo does not contain any of the carcinogens listed in this article, and you’ll get a healthy does of nutrients instead of a bellyful of carcinogens.

Here is a yummy chips alternative recipe you can try at home. This recipe is far healthier than normal potato chips, as zucchini is low in carbohydrates, plus you are baking them with coconut oil instead of sunflower oil. You can also prepare these zucchini chips in a dehydrator and avoid baking completely. 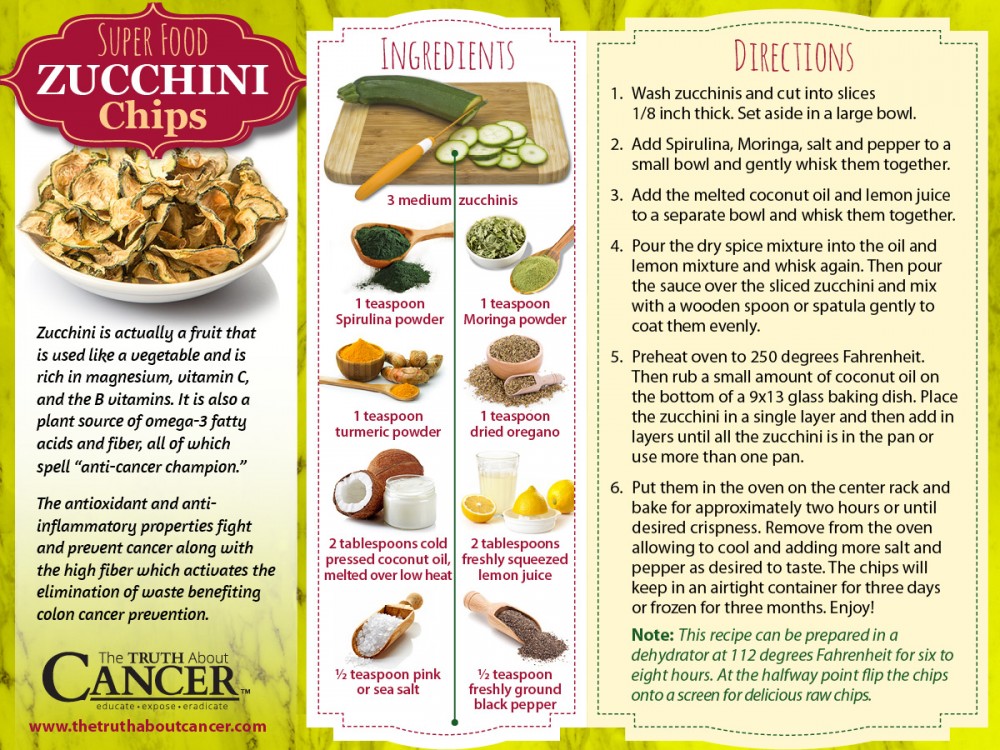 ←
Previous
How to Keep Circulating Tumor Cells Under Control (video)
→
Next
Be the Storm: Cancer is NOT a Death Sentence! 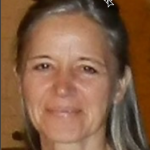