Johnson & Johnson (J&J) is exploring a plan to offload liabilities from widespread baby powder litigation by creating a new business that would then seek bankruptcy protection, Reuters reported.

During settlement discussions over its talc-containing baby powder, a J&J legal representative told plaintiffs’ lawyers the company could pursue placing a subsidiary in bankruptcy as part of a strategy to settle thousands of claims linking the product to ovarian cancer.

If executed, the plan could result in lower payouts for cases that do not settle beforehand, according to people familiar with the matter.

According to the Wall Street Journal, bankruptcy can be a powerful tool for companies facing a large number of lawsuits over allegedly defective products, or other mass-tort claims. A chapter 11 filing can pressure claimants into accepting lower settlements by halting ongoing litigation and discovery proceedings, and by creating a centralized forum to value claims.

Plaintiffs’ lawyers would initially be unable to stop J&J from taking such a step, though they could pursue legal avenues to challenge it later.

Ken Starr, a prosecutor representing women who sued J&J, wrote in court briefings that the pharma company “knew for decades that their talc powders contained asbestos, a highly carcinogenic substance with no known safe exposure level.”

Starr said the company could have protected customers by switching from talc to cornstarch as their scientists proposed as early as 1973, but they were unwilling to sacrifice profits for a safer product. ”

J&J claims its baby powder is safe and does not contain asbestos or cause cancer.

The lawsuits linking talc powder to cancer aren’t the first time J&J has been sued over the safety of its products.

Other major J&J lawsuits and recalls for faulty products include:

2021: J&J agreed to pay a $230 million settlement with New York state that bars the company from promoting opioids and confirmed it ended distribution of such products within the U.S. 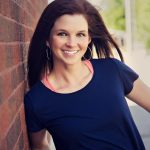