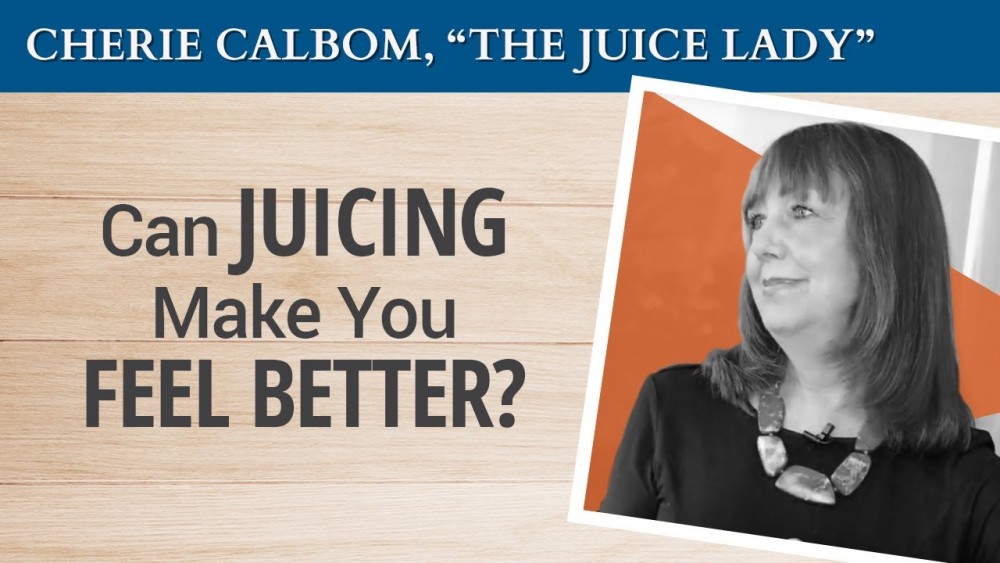 Ty Bollinger: One of the things that you had mentioned about this is it’s a lot of nutrition that’s lower calories. It reminds me of something that KC Craichy said last year. He said the key to super health is super food nutrition. Juice is definitely super food, coupled with calorie restriction. And throw those two together and all the studies show that those are the healthiest people.

People who get the massive amount of nutrients with lower calories. And they’ve shown that in people, and they’ve also shown that in a lot of rat studies. Because we actually are the guinea pigs and a lot of times we don’t know it.

Cherie Calbom: We’re the lab rats, the big ones.

Ty Bollinger: We are the lab rats. They’ve show in a lot of mouse studies—they’ve done different groups of mice with a lot of calories and no food value. And then they’ve done all the way down the line to the rats that got very low calories, but a lot of nutrition. They always live four or five times as long.

Cherie Calbom: Yes, and that’s what they’ve studied with people that are getting less calories and more nutrition – they live longer. And it’s not just about living a long time. People say that to me, “I don’t care how long I live.” But one thing we do all care about is the days that we have here.

Here’s the thing too that I want to just clarify, that a lot of doctors would say, “don’t juice because you don’t want all that sugar.” Well, they’re talking about fruit juice. And just fruit juice, that is a lot of sugar and that’s not what I recommend. I recommend all the beautiful vegetables, lovely greens, and maybe just a little fruit to sweeten and flavor like some apple in there; organic produce for sure. That isn’t a lot of sugar, is it? It’s very little sugar. 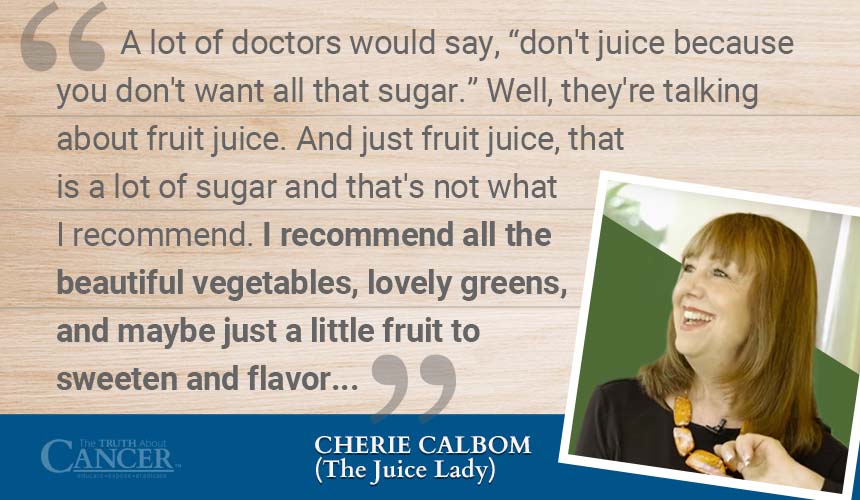 Ty Bollinger: But isn’t it disingenuous for them to say don’t juice yet at the same time they got a candy jar at the exit of their office.

Cherie Calbom: So true. And what are people given so often in hospitals? Popsicles, right after surgery. Candy, or yes, you’re right, going through chemo give them candy to suck on, anything.

Cherie Calbom: Don’t juice because it’s too much sugar. Oh my goodness. We have really gotten off track and lost our way when it comes to truth. And thank God you’re doing what you’re doing, Ty. Because you’re bringing truth and a light on the path. This is the way. This is the way to life. What we’re talking about.