You are here: Home / Featured Articles / Medicare Denies Claims to Save Money 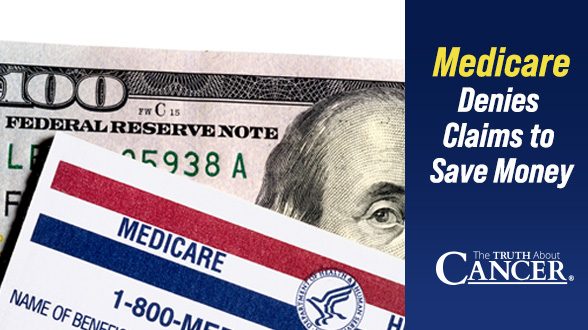 Medicare Advantage plans often denied medically necessary care to beneficiaries and payments to doctors that met Medicare coverage rules, according to a new report from the Health and Human Services (HHS) Office of the Inspector General (OIG).

That’s right: Medicare has been refusing to authorize life-saving treatments that should be covered.

The OIG recommended that the Centers for Medicare & Medicaid Services (CMS):

In a 2021 American Medical Association (AMA) survey, 34% of physicians reported that prior authorization led to a serious adverse event for a patient in their care such as hospitalization, medical intervention to prevent permanent impairment, or even disability or death. Moreover, physicians and their staff spend nearly two days per week on prior authorizations creating costly administrative burdens.

The American Hospital Association wants the federal government to launch a series of probes into commercial payers that routinely deny access to care and services. The hospital group wrote to the Department of Justice shortly after the report was released, pressing for False Claims Act investigations.

“This problem has grown so large—and has lasted for so long—that only the prospect of civil and criminal penalties can adequately prevent the widespread fraud certain [Medicare Advantage organizations] are perpetrating against sick and elderly patients across the country,” the letter said.

Even hospitals are calling this conduct “criminal”.

“Surveys of physicians have consistently found that excessive authorization controls required by health insurers are persistently responsible for serious harm when necessary medical care is delayed, denied, or disrupted,” he said.

Because Medicare Advantage is a capitated payment model where companies are paid a fixed amount per beneficiary, there’s a potential incentive for insurers to deny access to services and payment in an attempt to increase profits, the report stated.

Commonly used methods for denying care included using clinical criteria that aren’t in Medicare coverage rules, such as requiring an x-ray before approving more advanced imaging, the report stated. Plans also asked for unnecessary documentation — for instance, they indicated that some prior authorization requests did not have enough documentation to support approval, yet reviewers found that beneficiary medical records in the case file were sufficient to support medical necessity.

Medicare is blocking patients from receiving care just so they can save a few bucks.

There is certainly some reform that could help alleviate these problems. But the “healthcare” industry itself is fundamentally flawed. Our friend, Dr. Robert Scott Bell, often says that “the most dangerous thing a person can have is good medical insurance.” Here’s why, in his own words:

“It is covering management of disease; it’s not preventive of disease and if we were to look at the appropriate role for insurance it would be dealing with catastrophic unexpected scenarios. That is a legitimate role for insurance. Not the way it is utilized today as a third party intervener in the doctor-patient relationship.

So, if I say the most dangerous thing you can have is good medical insurance, the reason is this. It’s because it guarantees the doctors will order every invasive test possible and give you access to every invasive medical procedure, drug… anything. And these things are deadly, deadly.”

The modern medical establishment does not exist to help heal or prevent disease… It exists to make money. As long as we allow businesses to run our medical institutions, we’ll continue to see evil practices like this.

←
Previous
Was Your Food Grown in Sewage Sludge?
→
Next
Everything You Need to Know About Prostate Cancer (Including How To Heal And Prevent It!)