You are here: Home / Cancer Treatments / PNC-27: The Promising Cancer Cure That’s Not Available to Americans 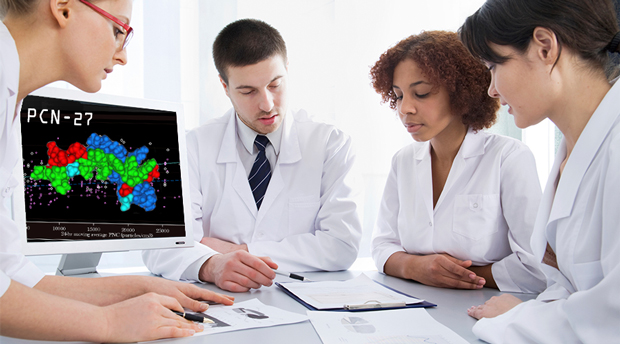 “New Cancer Cure Found!” For decades, headlines such as this have attempted to grab public attention by announcing that cancer has been eradicated, cured, and terminated. Typically these sensational statements are nothing more than slick public relations ploys.

However, when certain methods, modalities, and cancer therapies continue to demonstrate their effectiveness with proof, credentials, and staying power to back up such claims, it is important to pay attention.

Promise in a Protein?

One such promising treatment (or cancer therapy) is a protein named PNC-27 that has managed to fly under the radar since its inception around 2006. While accruing a vast library of medical research in its favor, PNC-27 has proven itself as an effective cancer therapy when included in certain anticancer regimens.

The protein, linked by peptide bonds, has shown effectiveness in selectively targeting a broad range of cancers including melanoma, leukemia, pancreatic, breast, and other cancer cell lines.

This non-toxic cancer treatment causes cell death, specifically to fast growing and dividing cells, while leaving all others completely unharmed. To accomplish this, the PNC-27 protein attaches to the membranes of cancerous cells creating holes in them. These membrane holes cause rapid implosion and subsequent cancer cell death due to the osmotic pressure difference from the inside to the outside of the cells.

Why Americans Don’t Know About the PNC-27 Treatment

PNC-27 cancer treatment has shown major promise in completed studies with rats, mice, and primates. Human studies completed outside the United States have received similar accolades. However, due to political constraints and drug company monopolies, PNC-27 has been unable to gain footing as a treatment within the United States.

A Decade of Promising Research

To fully appreciate the effectiveness at which this treatment has been clinically proven, it is helpful to look at some key research from the past decade.

Laboratory research began to look at targeted cancer therapies using proteins from the HDM-2 binding site in 2006. Although PNC-27 had not been discovered yet, the 2006 study of the protein and peptide sequence, later called PNC-27, reported the following:

Surprisingly, we have found that these peptides induce 100 percent tumor cell necrosis, not apoptosis, in 13 different human cancer cell lines but have no effect on normal pancreatic acinar cells, breast epithelial cells, and human stem cells.

A study in The Annals of Clinical and Laboratory Science from the summer of 2014 looked at the effectiveness of PNC-27 against human leukemia cell lines (K562) and concluded:

A 2010 study in the Journal of Chemotherapy and Pharmacology looked at PNC-27’s effect on breast cancer cells and concluded the following:

PNC-27’s effectiveness is further backed-up by several patents throughout its discovery. There is even a TEDx presentation covering PNC-27’s mechanisms titled Targeted Cancer Therapy given by Dr. Ehsan Yazdi. 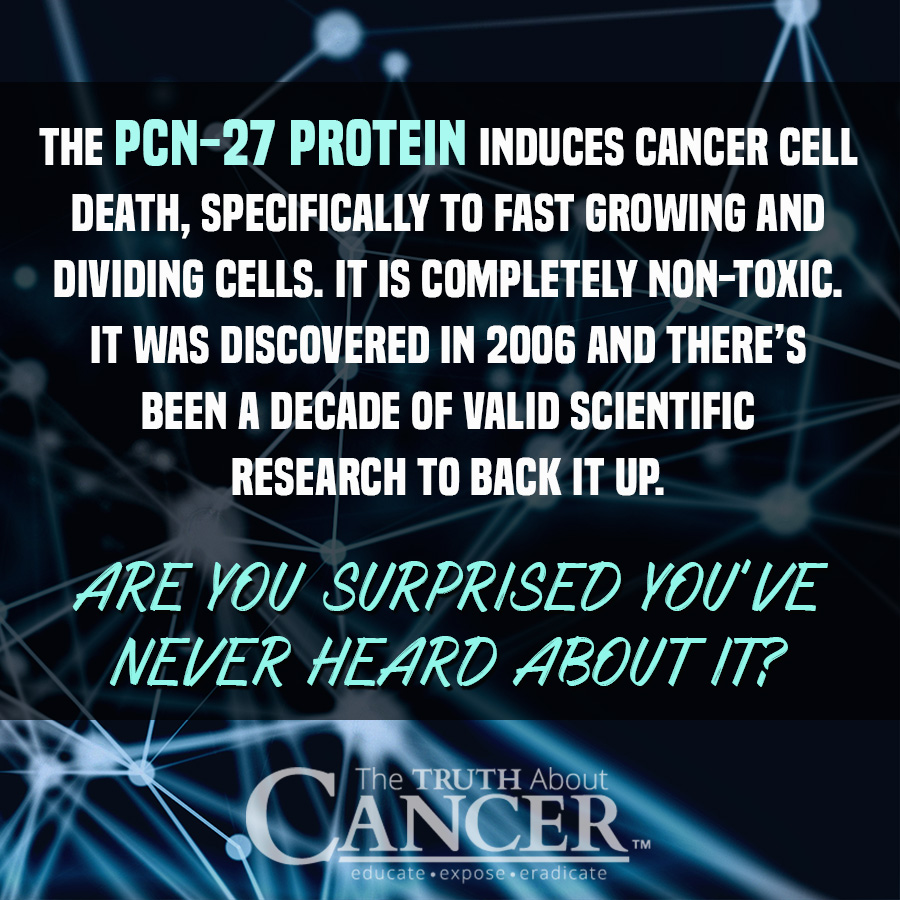 Is PNC-27 Better Than Radiation & Chemo?

The advantages that PNC-27 has over conventional chemotherapy and radiation therapy are as follows:

The Failure of The War on Cancer

President Nixon declared a war on cancer in 1971 with his signing of The National Cancer Act. This war has been all but lost as the world is still facing major casualties. Too often have researchers and individuals sought a “cure-all magic bullet.”

Personal responsibility and lifestyle choices appear to be the closest reality to a true “cure” that will ever come. PNC-27 and other targeted, non-toxic therapies are indeed game changers to assist an individual out of a health crisis.

Since cancer is a symptom of an underlying imbalance, a person’s entire lifestyle and diet choices must change no matter what therapy is used to assist the body in eliminating cancer. Even with cancer remission, the underlying root cause(s) must be addressed.

No single therapy can replace a proper detoxification regimen, the correct diet to rebuild the body, reducing stress, getting adequate restorative sleep, and other lifestyle choices that amplify the body’s healing environment. Oftentimes individuals who do not make the proper changes will experience a cancer relapse whether they used chemotherapy, radiation, or the best alternative therapies in the world.

The question is… Are you willing to take charge of your own personal cancer education and make the necessary changes?

Editor’s Note: This article originally published Sept 2015 and was updated and republished June 2017