You are here: Home / Cancer Prevention / How to Protect Yourself from Toxic Foods When the Government Won’t 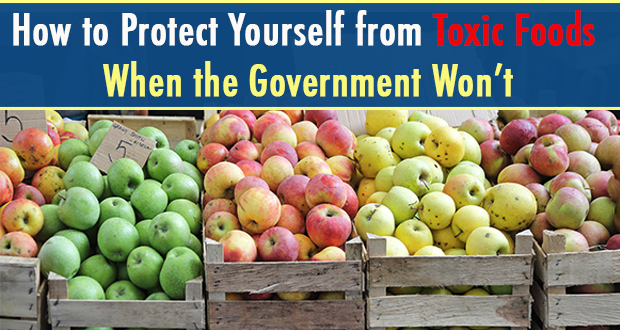 Here at The Truth About Cancer, our focus is on more than just cancer. The simple truth is that there are many factors that can, and do, contribute to disease in general.

Perhaps the most significant factor is our daily food choices. When we eliminate toxic foods and make educated decisions about what we put in our bodies, we are taking a powerful step towards the prevention of disease and improving our quality of life.

As the truth begins to come out, however, it appears there may be doubt around the overall purity of our food and the truth contained on food labels. There is now major concern that the integrity of the very government agencies entrusted with overseeing the food we eat and the health treatments available to residents of the US has been undermined.

Unfortunately, in many cases this means that the foods generally thought to be safe – foods we have even believed have cancer prevention properties – are actually contributing to the development of cancer.

Lately there has been an uptick of employees working within the U.S. Food and Drug Administration (FDA) and the United States Department of Agriculture (USDA) coming forward to warn the public. Originally, these government groups were tasked with protecting the quality and safety of food, medical treatments, and drugs. The whistleblowers coming forward are warning of major concerns, conflicts of interest, and even corruption within their respective agencies and administrations.

Such warnings are of the utmost importance to the health of our families and communities. It is a fact that the world’s food supply has been infiltrated with many dangerous ingredients. When the public’s last line of defense between processed and toxic foods and known cancer-causing ingredients is compromised, the integrity and trust of such regulatory organizations must be seriously questioned.

Former FDA special agent Gary Collins has made major waves over the last few years by becoming a whistleblower and exposing high level corruption within his former agency. It is the FDA that is tasked to regulate not only food manufacturing at every level, but also large pharmaceutical drug corporations and alternative medical practices.

Collins stated in a recent interview, “We’ve become kinda brainwashed to think that the healthcare system and the food industry is there to primarily help us. I don’t know if that’s the case anymore….I think there’s a disconnect between the health community, the food community, and the consumer.”

When asked specifically what kind of corruption Collins witnessed during his time as a special agent in the field for the FDA, he said: “It seemed that the organic industry was taking a lot of the brunt. Holistic practitioners and naturopaths seemed to be kind of a focus, and I could never understand why. Do not get me wrong, some of these people were doing some pretty harmful things. But it seemed, at that time, we were going after this certain group more than others. Was it a coincidence? I doubt it.” 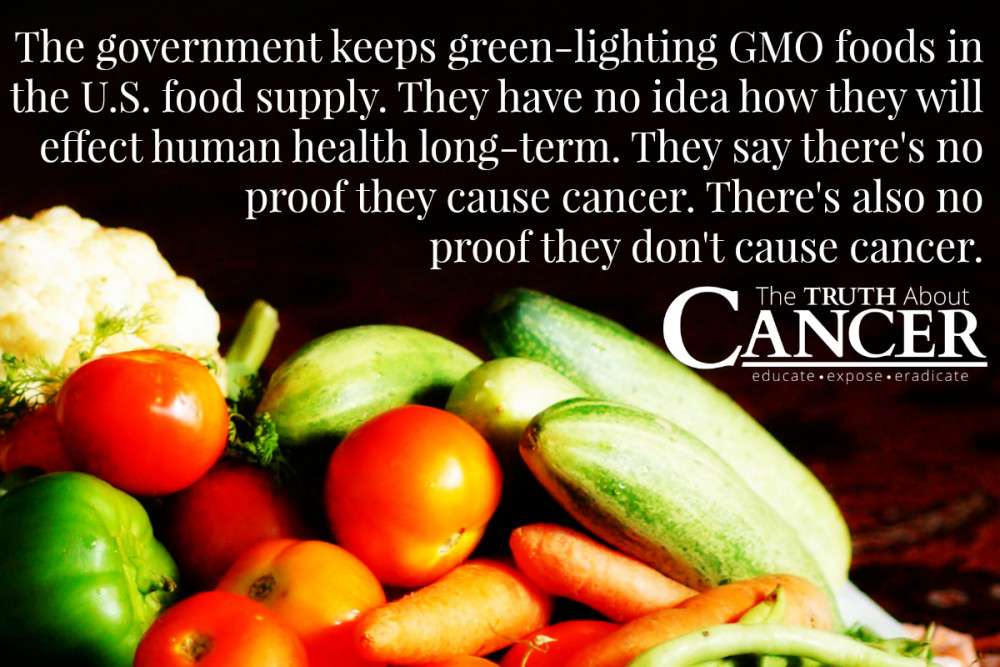 The FDA and USDA have been under attack for their ongoing approval of genetically modified foods (GMOs). Much of the outrage is due to the fact that the government requires few to no studies about the impact of GMO food on human health and possible carcinogenic (cancer-causing) properties before allowing them into the US food supply.

The Public Employees for Environmental Responsibility (PEER), an advocacy group for local, state, and federal researchers, communities, and organic consumers, brought this issue to the forefront when they filed their recent legal petition. The document seeks to provide protection to government scientists and researchers who are having their work censored and restricted when in conflict with chemical and agribusiness interests.

PEER had received mounting complaints over the last year from USDA scientists claiming they have been ordered to retract studies, water down findings, and remove their names from authorship of any publications that conflict with those corporate interests. According to one USDA scientist who wanted to remain anonymous, “Your words are changed, your papers are censored or edited, or you are not allowed to submit them at all.”

The best way for the public to insulate itself from toxic foods and questionable oversight is to source food locally. To accomplish this, ask yourself the following questions:

As we’ve already discussed, we can’t rely upon the government to provide accurate information on labels. The best way to ensure that the above questions are answered satisfactorily is to grow your own food.

Alternatively, local movements have sprouted up in virtually every community to meet the demands and start the shift back towards ensuring healthy and untainted food supplies. It is vital to plugin to your local farmers and community supported agriculture (CSA.) Both local farmers and CSAs can be found through a quick search at localharvest.org.

For a dose of inspiration, observe Ron Finley who has rapidly become a worldwide hero and symbol of local food. Finley single-handedly transformed his South Central Los Angeles concrete landscape into a community-centered edible urban oasis. In doing so, he has also taken back his community and his individual power to heal.

Perhaps Gary Collins said it best when he stated, “In the food industry, the only way to change it is for the consumer to change it. What I teach in my writings and my philosophy is that you will effect change by not buying those products. And simply going and supporting your local farmer, supporting your local economy, and building a relationship with those individuals. You have to change it from the grassroots level from your community up. If you try to attack the federal government or the big agencies, you’re just beating your head against a brick wall.”

←
Previous
Why U.S. Cancer Doctors Are Forced into Giving Chemo, Radiation, and Surgery to Their Patients (video)
→
Next
Cancer-Fighting Food Spotlight – The Health Benefits of Blueberries