You are here: Home / Cancer Prevention / 9 Strategies to Overcome a “Healing Crisis” During Detox & Treatments 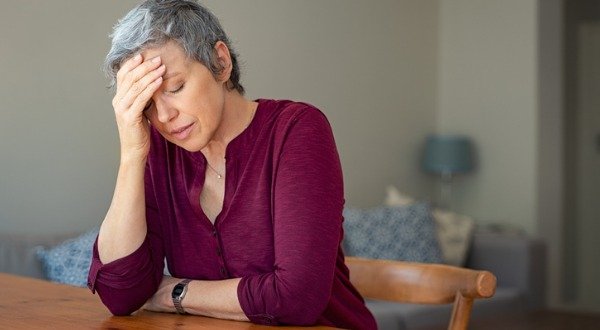 The threat of toxins that accumulate in the human body is increasingly believed to pose a major health risk to an individual’s well-being. Chemicals, biologically infectious agents, and their toxic metabolites are released − causing side effects associated with poisoning. These harmful substances are found throughout the body in blood, urine, tissue, and organs as well as in breast milk and cord blood which provides a direct threat to fetal and newborn health.

Eliminating such toxins from the body is a vital part of allowing the repair of damaged cells and tissue but can result in a normal process called a “healing crisis.” A healing crisis is a common experience centered on the basis that you become worse before you feel better. In other words, symptoms can worsen before they begin to disappear.

This reaction is clinically termed the Jarisch-Herxheimer reaction. It is a complication that generally follows treatment of infectious diseases resulting from the most likely cause of the body’s reaction to endotoxins. Symptoms of this immune response typically include chills, fever, flushing, low blood pressure, headache, and muscle pain.

Endotoxins are produced from infectious bacteria that exert a systemic inflammatory response. These compounds circulate and interfere with biological processes such as activating macrophage activity and stimulating other inflammatory immune responses.

This adverse reaction was first noted following the treatment of typhoid fever where the full dose of antibiotic therapy caused the sudden and potent release of endotoxins. Symptoms of infection generally worsened as a result of the release of these pro-inflammatory compounds.

Storages of endotoxins are also released when microbes are destroyed. As a result, the higher the number of infectious organisms killed, the more severe side effects will be experienced from the release of the endotoxins. Other infectious agents such as viruses and yeast infections are also destroyed following the initiation of a healing protocol.

Fortunately, the elimination of bacteria over time results in a reduction of endotoxins and the improvement of symptoms.

Improved Health: The End Goal of a Healing Crisis

While being stricken with increased suffering for doing the right thing for your body may seem unfair to endure, the end result is improved health. Understanding the biological activities taking place as a result of detoxification can help you overcome feelings of anger and depression that you may feel while undergoing a healing crisis.

Symptoms of lethargy, insomnia, flatulence, diarrhea, and rashes may persist for a few short days but may linger for weeks depending on each individual’s toxic burden. Other common symptoms include nausea, vomiting, night sweats and hot and cold flashes.

For example, a patient who is already afflicted with disease is likely to experience more severe side effects from the detoxification process than is a person who performs a routine detoxification cleanse multiple times in a year.

A key part of aiding in detoxification pathways is to reduce the energy your digestive tract needs for breaking down and absorbing food. Performing a cleanse that lasts between 3 to 10 days four times a year can significantly increase cellular performance. You may also decide to do a 24-hour fasting cleanse to flush toxins from the body. Which cleanse is better for you depends on your own attainable health goals.

Some of the best foods to consume to optimize your healing pathways are fermented beverages. Liquid nutrition in the form of coconut water kefir, apple cider vinegar, kombucha, and fermented whey are easy on the digestive tract and act as functional foods.

Eating anti-inflammatory fermented foods can also trigger a healing crisis in individuals who normally are burdened with foods high in sugar. This response is an effect called metabolic acidosis which results from the burden of sugar and its resulting toxic effects on the body.

Establishing healthy gut bacteria is key to overcoming any health problem and should be incorporated into your diet every day. Consider adding some of these fermented foods to your diet regularly:

Recommendations for Handling a Healing Crisis

Remind yourself that symptoms are temporary and are a sign that your body is detoxifying pathogenic organisms and toxins that lead to serious diseases. Follow these 9 strategies to help you feel better during a healing crisis.

←
Previous
14 Practical Tips for Using Oregano Essential Oil
→
Next
Can These Common Medical Tests & Treatments Give You Cancer? (video)