You are here: Home / Global Health News / The Truth About Ivermectin 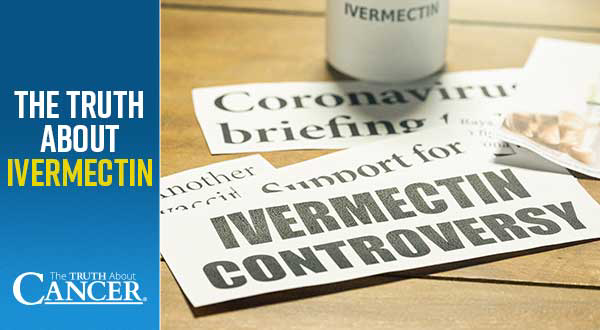 Have you ever wondered why the MSM and medical mafia constantly demonizes Ivermectin?

Earlier this year, the FDA issued a special warning that “you should not use ivermectin to treat or prevent COVID-19.” The FDA’s statement included words and phrases such as “coma and even death,” “dangerous,” “seizures,” “serious harm,” “hospitalized,” and “highly toxic.”

Wow! Based on these dire warnings, you’d think that Ivermectin would literally kill you on the spot, wouldn’t you? The FDA claims to “follow the science” so why is it demonizing and attacking Ivermectin, a medication it approved in 1996?

And the MSM fake media rags are jumping on board too. For example, Rolling Stone completely fabricated a recent story trying to destroy ivermectin, it blew up in their faces in spectacular fashion.

According to Mike Adams, “The original story falsely claimed that hospitals in Oklahoma were filled with ivermectin-poisoned patients who had all overdosed on the drug, including a bizarre claim that one patient had gone blind. As the hospitals were being overrun with ivermectin injuries, Rolling Stone dramatically claimed, gunshot victims were forced to wait for medical treatment. The feature photo used in the story began raising questions almost immediately, however, when it appeared to show hospital patients wearing winter coats, supposedly standing outside emergency rooms in August in Oklahoma.The story had all the accoutrements of a typical left-wing media smear piece: The sense of alarm, condemnation for those advocating ivermectin, and a supposed real-world cost in lives lost because hospitals were being completely overrun. (The media has been lying about overrun hospitals since day one of the plandemic…)”

Here’s the screen shot of the Rolling Stone’s story headline and subhead:

There’s only one problem with this shocking story: It was all made up. Completely false.

Adams continues: “Of course, the total fakery of the story didn’t stop left-wing media rags from catapulting the claims into popular consciousness. Business Insider, The Independent and The Guardian were among left-wing news outlets that ran with the story, not bothering to conduct even bare minimum fact checking before reporting the ivermectin scare story as if it were real… Left-wing propagandists like Rachel Maddow (MSNBC) ran with the fake news story, repeating the lie that ivermectin was “backing up rural Oklahoma hospitals, ambulances” and claiming that people were suffering with “vision loss.” Not only were the claims against ivermectin utterly fabricated, but even the “gunshot victims” part of the story was complete hogwash, likely a figment of imagination from another hyperventilating left-wing anti-gun nut who imagines the entire world being overrun with guns that shoot people all by themselves.”

So let’s put aside the fairy tales about Ivermectin, and look at the FACTS:

1 | Scientists who developed Ivermectin won the Nobel Prize in Physiology and Medicine in 2015.

2 | Ivermectin is on the WHO’s “List of Essential Medicines.”

3 | Out of four billion doses administered since 1998, there have been only 28 cases of serious neurological adverse events, according to an article published this year in the American Journal of Therapeutics. The same study found that ivermectin has been used safely in pregnant women, children and infants.

4 | According to the Wall Street Journal, “Ivermectin is on the World Health Organization’s List of Essential Medicines. Merck has donated four billion doses to prevent river blindness and other diseases in Africa and other places where parasites are common.”

7 | A group of 10 doctors who call themselves the Front Line Covid-19 Critical Care Alliance have stated that Ivermectin is “one of the safest, low cost, and widely available drugs in the history of medicine.”

Here are a few more studies on Ivermectin:

There are currently over 70 clinical trials evaluating the use of Ivermectin for treating COVID-19. The statistically significant evidence suggests that it is safe and works for both treating and preventing the disease. Here is a link to a database of Ivermectin COVID-19 studies (113 studies, 73 peer reviewed, 63 with results comparing treatment and control groups).

The truth is that if the FDA were actually driven by science and evidence, it would encourage everyone to use Ivermectin for COVID-19 treatment and prevention. However, rather than tell the truth, the FDA asserts (without evidence) that Ivermectin is dangerous while spewing nonsense like “effective ways to limit the spread of COVID-19 are to continue to be to wear your mask, stay at least 6 feet from others who don’t live with you, wash hands frequently, and avoid crowds.”  Seriously? Is this FDA recommendation based on double-blind studies? Heck no! They just made it up!

In June 2021, Merck secured a $1.2 Billion dollar deal with the U.S. government to test a NEW patented drug for COVID-19 called “Molnupiravir.” Then Pfizer announced new trials for their new experimental oral antiviral drugs for COVID-19. The companies are looking to develop an “easy-to-administer” treatment for the disease.

Oh yeah, Ivermectin is sold as a medicine for livestock and is available at farm/feed stores like Tractor Supply, and also on Amazon. It is EXACTLY the same molecule as the Ivermectin sold to humans, only about 10 times cheaper…

←
Previous
The Incredible Story of Laetrile Part I: What Causes Cancer? A Review of Popular Theories Through the Ages
→
Next
Personal Letter from Roger Stone