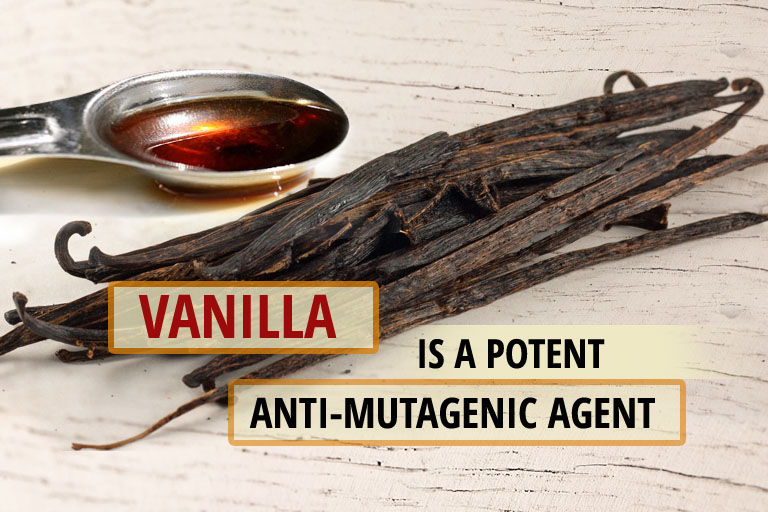 Do you remember the Teenage Mutant Ninja Turtles? These fictional characters mutated from small baby turtles into adult-sized beings after crawling through ooze with obvious mutagenic effects. The human body is frequently exposed to mutagenic agents (chemicals or other agents that damage genetic material) and must adapt effectively or deal with the effects of the mutation − which may even include the development of cancer.

In reality, mutated turtles turning human sized should cause anyone to avoid the very source that triggered the mutation. Yet our habits as a species often seem to convey that such a mutation would be the least of our worries. After all, we know that our bodies are harmed by many factors that we are exposed to on a daily basis, and yet many people don’t seem overly concerned with these potentially life devastating effects.

Carcinogenic chemicals from cigarette smoke, plastic, pesticide residue on foods, and even molds induce mutations in our cells by causing DNA damage. We also expose our bodies to physical mutagens such as UV-light and radiation from cell phones. Essentially we are welcoming mutagenic activity into our cells which cause disease and cancer.

Fortunately, nature provides us with many natural compounds that can help our bodies to adapt. One such natural wonder is the compound vanillin which comes from the vanilla bean.

Intimately correlated with the ability of vanilla to act as an effective antimicrobial, vanillin has been shown to reduce the rate of mutations in cells or act as an antimutagenic agent.1

Vanillin was found in one study to affect 64 genes known to cause DNA damage, stress and oxidative damage, apoptosis (“cellular suicide”), and cell proliferation. Vanillin is involved in DNA replication and repair which inhibits mutagenic activity. It is therefore classified as a biological antimutagen for its ability to prevent harmful mutations.2,3

One reason why colon cells are highly susceptible to cancer today and why colon cancer is increasingly prevalent is a result of the high turnover rate of colon cells. The higher the speed and frequency in which new cells are replacing old ones, the greater the opportunity for a mutation to occur.

Vanillin has been shown to reduce the frequency of mutations in colon cells by 64%. Consequentially, vanillin has also increased the number of genes responsible for the production of a highly effective antioxidant found in cells − glutathione.4 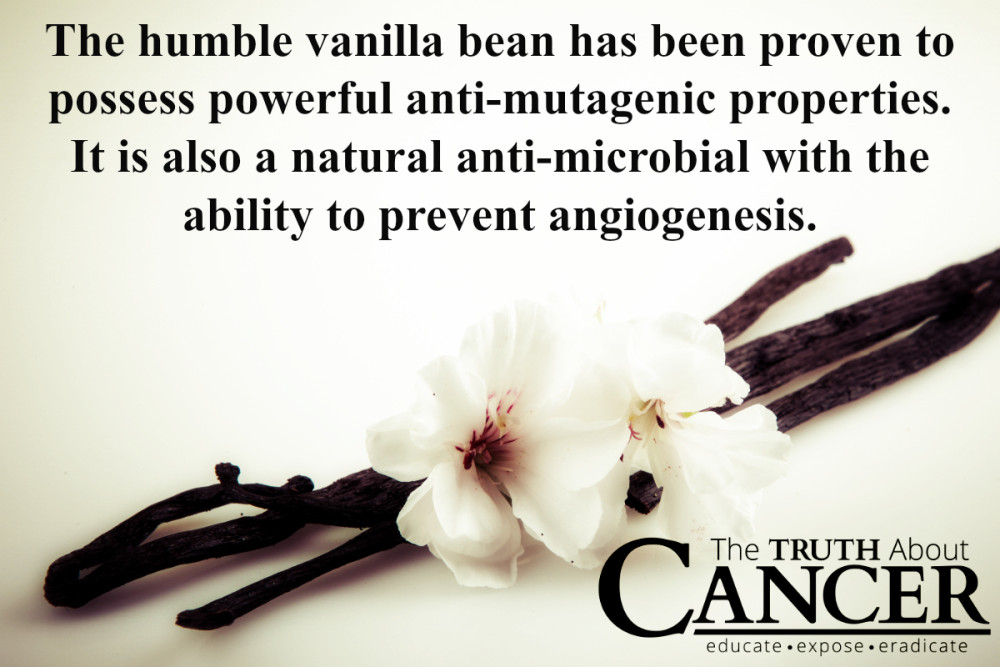 Vanilla also contains properties that enable the body to inhibit angiogenesis. Angiogenesis is the formation of new blood vessels and is also the weapon of choice that cancer cells use in their aggressive spread throughout the body. The description “new” might have you think this occurrence is a good thing, but cancerous tumors feed off the blood supply for nutrients and oxygen.

Vanilla may decrease the rate at which cancer can spread or may even prevent its occurrence. With the incidence of cancer on the rise, more research is welcome on any possible anti-angiogenic agent.

How Vanilla Can Help Prevent Cancer

Researchers have discovered that vanilla can suppress an enzyme crucial in the metabolic pathway of promoting the spread of cancer cells.5 Scientists have also found that ethyl vanillin, another aromatic compound found in vanilla beans, is a natural inhibitor for angiogenesis.6 How exactly it achieves this goal has just recently become understood.

Nitric oxide is a molecule used in various reactions in the body and also plays a role in cancer development. Ethyl vanillin inhibits the production of nitric oxide in tumor cells. As a result, tumors cannot grow because of a lack of an oxygen supply.7

Ethyl vanillin has also been linked to suppressing the activity of a destructive enzyme. This enzyme has been studied for its invasive behavior and role associated with kidney damage and diseases such as lupus nephritis and diabetic nephropathy (damage to the kidneys caused by diabetes). The ethyl vanillin contained in vanilla shows promise of helping to prevent the spread of cancer in the kidneys, liver, and even the lungs.8

Two Ways to Add Some Vanilla into Your Life

Here are a couple of ways you can incorporate vanilla into your diet and lifestyle in order to take advantage of its powerfully healthy components:

1. Enjoy both cooking and baking with pure vanilla extract in your favorite recipes. Add extra flavor to beverages by adding a few drops to hot cocoa, breakfast smoothies, or coffee.

2. Use vanilla aromatherapy in your bath by including oils and candles made with vanilla (look for 100% beeswax candles to avoid introducing toxic carcinogens into your home and body).

Not all vanilla is created equally. As with most other products of high demand and intensive labor costs, there will be synthetic products on the market trying to mask their true identity. Chemically-produced vanilla extracts won’t give the benefits of real vanilla and contains higher concentrations of impurities and contaminants which you want to avoid.9

When purchasing vanilla products, utilize the following tips in your search for pure and naturally sourced vanilla:

Editor’s Note: This article originally published May 2015 and was updated and republished September 2017

←
Previous
The Surprising Health Benefits of Black Pepper Essential Oil
→
Next
Is Tap Water Safe to Drink? Minimizing Your Risk of Carcinogens in Drinking Water