You are here: Home / Cancer Causes / Vitamin B12 Deficiency and Breast Cancer: What’s the Risk? 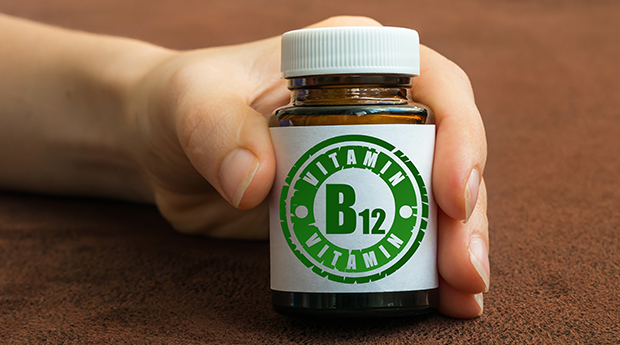 Recent studies show that one in four adults in the United States are B12 deficient. Research also shows that vitamin B12 deficiency may be directly linked to greater risk of certain cancers. B12 comes mostly from animal products. The United States is a country of meat-eaters, so why are so many of us deficient in this essential nutrient?

What B12 Does in the Body

B12, also known as cobalamin, is essential for the formation of myelin, a protective substance which helps nerve cells communicate with one another. B12 is sometimes called the “energy vitamin” because one of its most important functions is to aid in digestion, food absorption, and metabolism of both fat and carbohydrates.

Vitamin B12 also helps in the absorption of iron, in nervous system function and growth, and in the formation of red blood cells. It is necessary for proper adrenal hormone production, and for neurological (i.e. brain) health. It is also vital for immune system function and reproductive health.

Are You at Risk for a Vitamin B12 Deficiency?

As stated before, B12 is obtained mainly from animal sources such as beef, chicken, some kinds of fish, lamb, and eggs. For this reason, it makes sense that B12 deficiency would be common amongst vegans and vegetarians. But it’s not just those who don’t eat meat who are at risk of becoming low in B12. There are many reasons why a person may be suffering from B12 malabsorption even if they eat meat.

See if any of these conditions apply to you:

Weakness and imbalance in the digestive system (such as IBS, Leaky Gut, Ulcerative Colitis, Crohn’s, food sensitivities, Celiac disease, and general inflammation) affects an estimated 60 to 70 million people in the Unites States, according to 2010 statistics. A weak gut alone may account for the majority of challenges people have with B12 absorption.

Given the nature of the B12 molecule, this makes perfect sense. As a large molecule, B12 requires a “binding agent” to be absorbed into the system.

Intrinsic Factor is produced in the lining of the stomach. It binds with B12 and helps to move it through the small intestine. Many individuals who have imbalances in their digestive system have lower than normal production of Intrinsic Factor. In fact, Pernicious Anemia, which is an autoimmune condition that develops through a lack of Intrinsic Factor production, is the leading cause of vitamin B12 deficiency in the UK.

To make matters more complicated, many people may not know that they are B12 deficient until it is too late. This is because B12 cannot be eliminated through urine, like other B vitamins. Instead, what cannot be absorbed gets stored in the liver, kidneys, and other tissues. Because of this, a B12 deficiency may not show up for several years.

The Link Between Vitamin B12 Deficiency and Breast Cancer

The main connection between B12 deficiency and cancer is the role this essential nutrient plays in DNA synthesis. Receiving adequate levels of B12 (as well as folic acid) can help keep your genes fresh and rejuvenated. Without B12 and folate, DNA can eventually break down to the point where mutations − and cancer − can occur.

B12 deficiency has been connected to breast cancer in particular. B12, as well as folate, is needed for cellular methylation. Methylation is the process of chemical conversion in the body (similar to a spark plug in a car) and is essential to almost every function in the body.

When cellular methylation does not occur or the mechanisms of methylation are off in some way, healthy genes get “turned off,” while unhealthy ones get “turned on.” Research over the last ten years has confirmed that cancer cells have abnormal methylation processes compared to healthy cells. Healthy methylation pathways can also assist in changing aggressive estrogens (i.e. Xeno-estrogens) into milder estrogens, which can significantly lower breast cancer risk.

A study conducted in younger adults and men also showed that B12 deficiency can lead to higher risk of acute lymphoblastic leukemia. Decreased B12 in the blood equated to increased levels of homocysteine, which are both biomarkers for white blood cell chromosome breakage. These biomarkers (as seen in the young adults) were improved with B12 and folate supplementation.

What You Can Do to Prevent a Vitamin B12 Deficiency?

The first step in remedying a possible B12 deficiency is to recognize the tell-tale signs. Consider if you have any of the following symptoms:

The next step for many suspected nutritional deficiencies would be to get tested. That is definitely one way to go when it comes to B12. But testing for this deficiency is often difficult since the concentrations of B12 discovered in the blood at a given time may not necessarily correlate to absorption rates in the system overall.


The easiest thing to do if you have any of the symptoms above is to simply begin B12 supplementation and see if your symptoms improve. You can up your consumption of healthy, farm-raised eggs. You can also use a quality B12 in tablet form or, even better, a spray form that you apply directly into your mouth. Recall that B12 is a large molecule that is difficult to absorb for many people. By using a spray, you are ingesting a condensed version of B12 that is easier to absorb.

B12 deficiency could potentially be a dangerous health condition which can not only raise your risk of cancer, but can lead to neurological damage, anemia, heart conditions, and other complications. If you suspect you may be deficient, don’t take chances. Begin supplementation right away. You can also improve your B12 absorption over time by taking measures to improve your gut function.

Of course, nurturing your gut health will not only lead to better B12 absorption, but a more vibrant, energetic and cancer-free body overall! 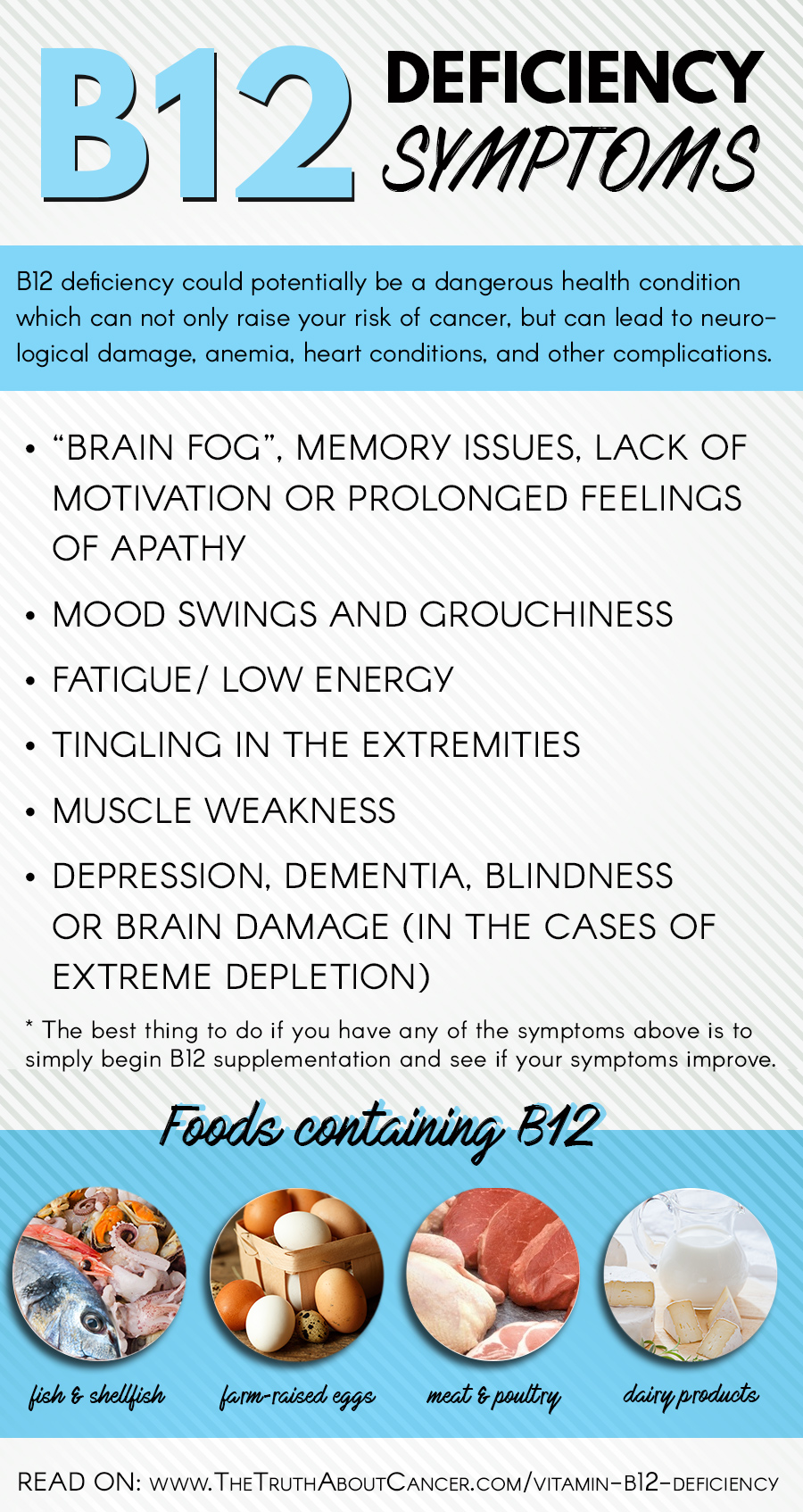 << Discover an awesome ‘B Complex’ vitamin product that we love >>

←
Previous
7 Amazing Medicinal Mushrooms for Cancer Care and Prevention
→
Next
Is Agaricus Blazei Murill a Key Player in a Cancer-Free Life?