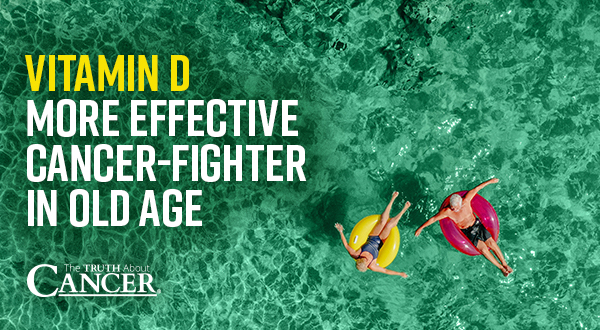 Vitamin D is one of the most powerful and abundant resources on the planet. Vitamin D can help strengthen your bones and teeth. It can help regulate insulin levels, combat diabetes, and prevent unhealthy weight gain. Vitamin D also supports your immune system, helping your body’s natural defenses protect you from disease (which is why it’s so effective against COVID-19). Proper vitamin D levels can even result in healthier pregnancies, healthier infants, and improved mental health.

On the other hand, vitamin D deficiency has been linked to cancer, diabetes, osteoporosis, rheumatoid arthritis, inflammatory bowel disease, multiple sclerosis and autism. Over 40% of American adults are deficient in vitamin D, which is why getting regular time in the sun (and boosting your levels with diet and supplements) is so important.

A June 2007 Creighton University School of Medicine study indicated that appropriate levels of vitamin D3 (and calcium) reduced the risk of cancer by a staggering 77%! A 2009 study by a group of Leeds University researchers actually found that higher levels of vitamin D were linked to improved skin cancer survival odds, while other studies have found that vitamin D has a connection to a strong immune response in the body.

Ultraviolet B (UVB) sunlight is used by your skin to make vitamin D, which is a cancer-fighting superstar. For those of us farther from the equator, we only get a little bit of UVB, usually in the middle of the day and during summer months. By comparison, people living in countries closer to the equator are bathed in UVB year-round for most of the day.

But new research shows that the anti-cancer effects of vitamin D increase substantially in older age – especially in those over 45. With good vitamin D levels, cells can communicate better with their neighboring cells due to higher production of cadherin molecules. With low vitamin D levels, cells don’t know that they are surrounded by other cells, so they divide uncontrollably, causing cancer.

Now, this certainly doesn’t mean that vitamin D isn’t important in younger people. In fact, it’s most important to maintain healthy levels while you’re young. You see, the cancer-causing effects of low vitamin D take a long time to develop. Just because we don’t observe the impact on cancer until later in life doesn’t mean we should wait to start getting prime sunshine.

Vitamin D is a powerful cancer-fighter at any age. As we get older, it can be harder to get the vitamin D that our bodies need. Especially in winter, as the earth tilts further away from the sun, it’s essential that we boost our vitamin D levels with nutrition and supplements. It could be the difference between life and death.

In 2019, three meta-analyses were published that show a consistent and significant 13% reduction in cancer mortality with vitamin D. Each year there are nearly 10 MILLION deaths caused by cancer. If vitamin D can reduce cancer mortality by 13%, we could potentially save 1,300,000 lives every year!

Earlier this year, a group of German researchers had the same hypothesis. In an article titled “Vitamin D supplementation to the older adult population in Germany has the cost-saving potential of preventing almost 30 000 cancer deaths per year” (published in the scientific journal Molecular Oncology), they proposed that all patients older than 50 years receive vitamin D supplements.

If all persons older than 50 in Germany were given a daily dose of 1000 IU of vitamin D, almost 30,000 cancer deaths a year could be prevented, and Germany’s annual costs for cancer care would be slashed by more than €250 ($300) million, says the team.

“I was surprised by the magnitude of the effect that could be achieved with something as cheap as vitamin D, which costs almost nothing,” lead author Tobias Niedermaier, PhD, an epidemiologist at the University of Heidelberg, Heidelberg, Germany, told Medscape Medical News.

We’ve mentioned already that our bodies can convert UBV light into vitamin D, but (for most of us) that simply isn’t an option all year long. From October to March, you may consider the following foods – all of which are loaded with vitamin D:

Another option is to choose a dietary supplement. Unfortunately, not all supplements are created equal. Believe it or not, many vitamins that are marketed as “natural” in your local grocery store are actually synthetic, and to call a synthesized vitamin “natural” is an oxymoron. Natural vitamins are made by God.

They’re not “created”(synthesized) from something by experts in laboratories, with various components being isolated from other essential components. The fact of the matter is that isolated, synthetic nutrients are not found anywhere in nature.

What we need are bioavailable, synergistic, nutrient complexes only found in whole-food-based supplements. With the right supplements and diet – combined with a healthy dose of sunlight – you can reduce your cancer risk well into your golden years and live a happier, healthier life.