You are here: Home / Nutrition / Food & Drink / Wheat Flour: A Silent Killer in Your Food? 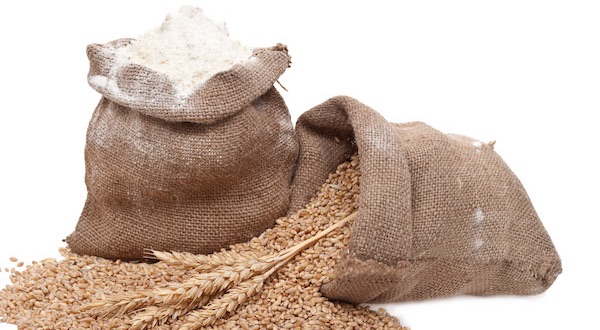 Bread: it’s something of a cultural pastime that most all of us grew up eating, and a hallmark of the meal plate since time immemorial. Heck, bread has even been codified as a pinnacle of human achievement that only the greatest of the great innovations could ever hope to match, let alone surpass. “The best thing since sliced bread” being the famous marketing catch phrase coined by the Wonder Bread company that encapsulates the high esteem with which people all around the world regard this most cherished food.

But sadly, a typical loaf of bread made with wheat flour today isn’t the same as it once was. In times past, bread represented one of the most basic forms of complete nutrition, readily available and affordable to practically anyone. Today’s commercial bread, on the other hand, has been reduced to little more than a “cheat day” junk food… a fluffy loaf of tasty (but empty) calories and carbohydrates that many people now avoid for health reasons.

For one, the wheat flour used to make most of the bread products at your local supermarket has been heavily processed and refined, meaning it’s been mostly or entirely stripped of its nutrient content. Then, to create the illusion that this flour is still somehow healthy after all that it’s gone through, manufacturers “enrich” and/or “fortify” it with synthetic vitamins and minerals that, as I’ll explain shortly, do nothing for the body in terms of nourishment.

A revealing study published in the American Journal of Clinical Nutrition back in 1971 found that the milling process alone denatures or destroys nearly half of the nutrients naturally found in a whole wheat berry within the first 24 hours following extraction. After 72 hours (three days), nearly all of the nutrients are lost, including most of the B vitamins, vitamin E, and fiber that are present in the bran and germ of wheat kernels.

But nearly everything beneficial in whole wheat is lost. Not only as a result of the milling process, which exposes the nutrients in wheat to irreversibly damaging oxidative stress, but also the refining and bleaching process which finishes off the job. All of this milling, refining, and bleaching turns what would otherwise be nutritious wheat grain into little more than empty wheat starch, a form of simple sugar that the body ends up storing as fat. Hence why wheat in general has become something of a food villain in the modern age.

Compositionally speaking, highly-processed wheat flour, a.k.a. starch, is nothing like wheat grain. It contains almost none of the 22 vitamins and minerals naturally present in whole wheat, and only trace amounts of fiber, linoleic acid (omega-6), vitamin E, and amino acids such as lysine, a necessary component of protein synthesis.

Fortified Wheat Flour “Nutrients” are Toxic to the Body

But artificially “enriching” this flour with the nutrients that were lost during processing makes everything better, right? Not exactly. The so-called “vitamins” added back to refined flour to make it seem edible are synthetic impostors that the body can’t even use. “Reduced iron,” for instance, isn’t even bioavailable because it’s in metallic form, which the body doesn’t know how to properly metabolize.

The same is true for folic acid, a synthetic form of natural folate (vitamin B-9) that the body has an even harder time metabolizing. Folic acid doesn’t undergo the same metabolic cycle as folate, which is metabolized into usable form by the mucosa that lines the small intestine. Instead, folic acid goes straight to the liver where it’s processed so inefficiently that most of it ends up entering the bloodstream non-metabolized, triggering the growth of cancer-causing neoplasms.

So what we have with refined, enriched flour is essentially a disguised form of simple sugar laced with synthetic vitamins and minerals that, for all intents and purposes, is completely toxic to the body. Seeing as how obesity, heart disease, and many other chronic health conditions began to skyrocket after refined flour hit the mainstream, it’s only logical that this common food additive is one of the major contributors to the perpetual downward spiral of public health.

One major study concluded that the current standard intake of synthetic folate (folic acid), vitamin A, zinc, and sodium exceeds the Tolerable Upper Intake Level “in a significant proportion of toddlers and preschoolers,” a finding that a comprehensive report compiled by the Environmental Working Group (EWG) cites alongside a consortium of similar evidence to show that synthetic vitamins and minerals are harmful to health. 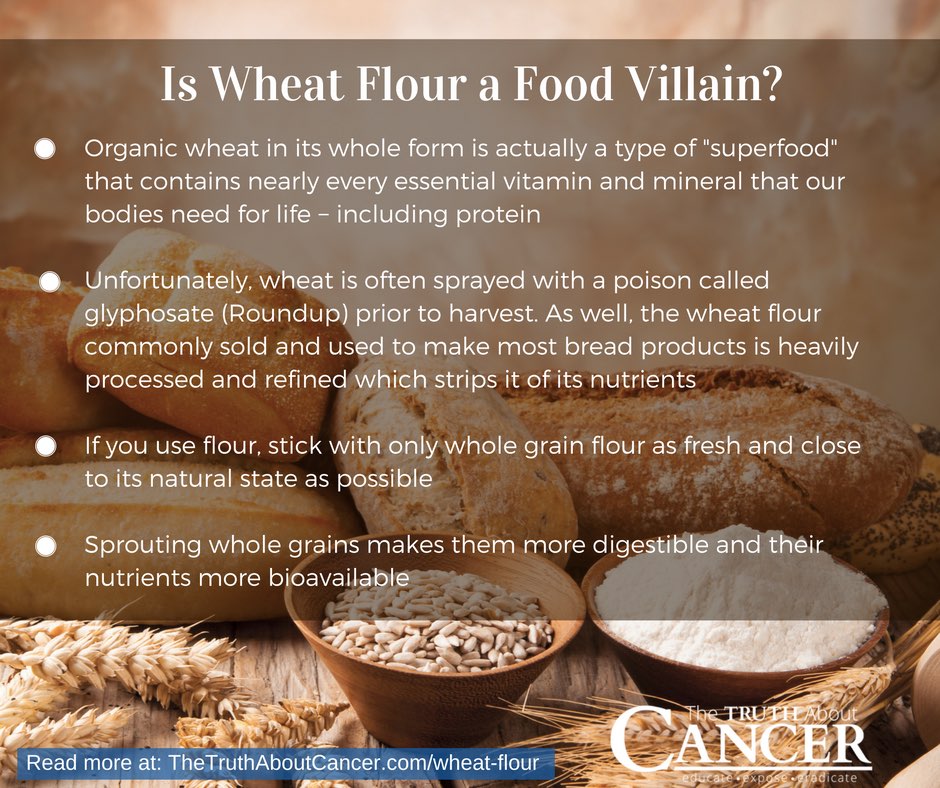 As tasty and enticing as it might be, wheat flour is simply a no-go when it comes to maintaining vibrant health. At least the highly refined, “fortified” kind. Sticking with only whole grain flour as fresh and close to its natural state as possible offers the best chance at getting the most out of your grains. Grains that, contrary to popular thought, are actually healthy for you.

Just like with grains, carbohydrates often get a bad rap for contributing to weight gain and disease because the kinds we most often think of are those that come from foods containing sugar and refined flour. But again, these are the “bad” carbs that should be avoided, while the good ones from unrefined sources like fresh fruits and vegetables are beneficial for energy production and protein metabolization.

A good rule of thumb is to eat foods as close to their natural states as possible and as fresh as possible. Exposure to oxygen (oxidation), degrades nutrients and causes foods to turn rancid. Perhaps the best way to consume whole grains − which should always be organic, by the way, because conventional wheat is often contaminated with pesticides like Roundup (glyphosate) − is in sprouted form. Sprouting not only protects grains from becoming denatured, it also makes them more digestible and their nutrients more bioavailable.

The Role of Digestive and Systemic Enzymes

As it turns out, sprouted foods contain upwards of 100-fold more enzymes than their non-sprouted counterparts. Enzymes serve functional roles both in digestion and nutrient assimilation. Digestive enzymes help to extract more nutrients from the foods we eat, and the systemic (proteolytic) enzymes help our bodies to better metabolize these nutrients.

So stick to nature, friends. Your body will thank you. You’ll feel better and live a longer, stronger, and healthier life. You’ll also set a positive example for others to follow as they learn to value getting real nourishment from whole, living foods as opposed to just getting full from the processed pretenders such as “enriched” or “fortified” wheat flour.

←
Previous
Why You Should Think Twice Before Taking Antibiotic Treatment
→
Next
How Do You Protect Yourself from Cancer? (video)