You are here: Home / Nutrition / Food & Drink / The Top 5 Cancer-Fighting Healthy Fruits You Should Be Eating 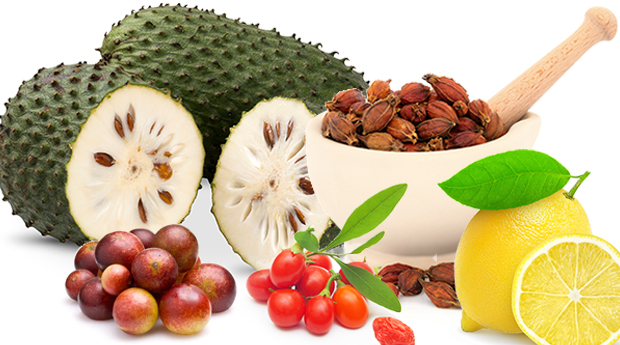 One of the interesting things about dealing with cancer naturally as opposed to conventionally is the fact that there are myriad ways to go about doing it. Physiologically speaking, one treatment might work better for one person, while another fares better for someone else − and the type of cancer involved also makes a huge difference. But the one element that nearly all natural treatments seem to have in common is diet, which is why it’s important to learn which foods exacerbate cancer and which foods help keep it at bay.

Throughout my journeys, I’ve uncovered many exotic foods from around the world (including right here in the USA), that science has shown possess powerful anti-cancer properties. Many of these foods are fruits that, in my opinion, everyone should be eating on a regular basis as part of a holistic, cancer-preventative lifestyle. And among these, a select few cream-of-the-crop contenders stand out as being the world’s most viable for preventing and treating cancer.

This tropical, spiny green “superfruit” is a prized species of the Annona plant genus. It boasts a dense array of phytonutrients and antioxidants that studies show are highly effective at destroying cancer cells and warding off chronic disease. Soursop is rich in B vitamins, vitamin C, calcium, magnesium, phosphorus, and iron.

Where soursop really shines, though, is in the cancer department. Peer-reviewed science suggests that the flesh of this Central and South American staple fruit helps suppress oncogenes. These, due to their expression in both cell and animal models of cancer, are commonly referred to as “cancer-causing genes.” A 2011 study published in the journal Nutrition and Cancer found that an oncogene known as epidermal growth factor receptor, or EGFR, that’s commonly over-expressed in breast cancer is an ideal target for treatment with soursop.

Other studies have similarly identified anti-cancer potential in soursop seeds, which contain various compounds that are selectively cytotoxic. This means they target cancerous and other malignant cells for destruction while leaving healthy cells unscathed. Research published in the Journal of Natural Products found that one of these compounds, known as “Compound 1,” is selectively cytotoxic to colon adenocarcinoma cells (HT-29), and with a potency up to 10,000 times greater than the chemotherapy drug adriamycin (doxorubicin).

Soursop is likewise rich in another class of highly potent chemotherapeutic compounds known as acetogenins. Researchers from the Tepic Institute of Technology in Mexico have procured evidence suggesting that these substances are capable of encapsulating and destroying cancer tumors. This helps back related research showing that soursop is effective at overcoming cancer cells of the prostate, breast, and liver.

One of the most highly regarded berries in Asia, goji berry has been a staple of Traditional Chinese Medicine (TCM) for thousands of years. It ranks among the top 120 medicinal herbs in the world, and research shows that it’s helpful in providing strength and extending lifespan. Goji berry acts upon both the liver and kidney channels to provide nourishment and detoxification. Its dense lineup of polysaccharides and glycoconjugates show unique antioxidant, immunomodulatory, and antitumoral properties.

Known scientifically as Lycium barbarum, goji berry has been extensively researched with regards to cancer, where it’s shown high immunoactivity. Human trials involving the use of Lycium barbarum polysaccharide, or LBP, as a cancer treatment have led to positive outcomes in tumor regression. Administration of polysaccharide protein complexes derived from goji berry have shown benefits in stopping the growth and spread of cancer cells.

The Nutritional Oncology Research Institute (NORI) has developed a unique approach to treating cancer that involves consuming a methionine-restricted, selenium-rich diet that essentially starves cancer cells of the nutrients they need to live. This was done while also bombarding the cancer cells with so much oxidative stress that they commit suicide through apoptosis.

The NORI Protocol involves eating lots of fruit while avoiding most other foods, as well as consuming non-toxic, chemotherapeutic substances at various intervals. And one of the fruits the protocol focuses on most is gardenia fruit, or zhi zi. This fruit contains abundant amounts of a compound known as genipin that’s been scientifically shown to trigger apoptosis (programmed cell death) in cancer cells by generating excess reactive oxygen species, or ROS.

Consumption of gardenia fruit directly inhibits a mitochondrial protein known as UCP2.  This protein acts as a protector of cancer cells, shielding them from oxidative stress by inhibiting mitochondrial oxidative phosphorylation. Put simply, gardenia fruit is potently anti-tumoral while exhibiting selective toxicity only against malignant cells. 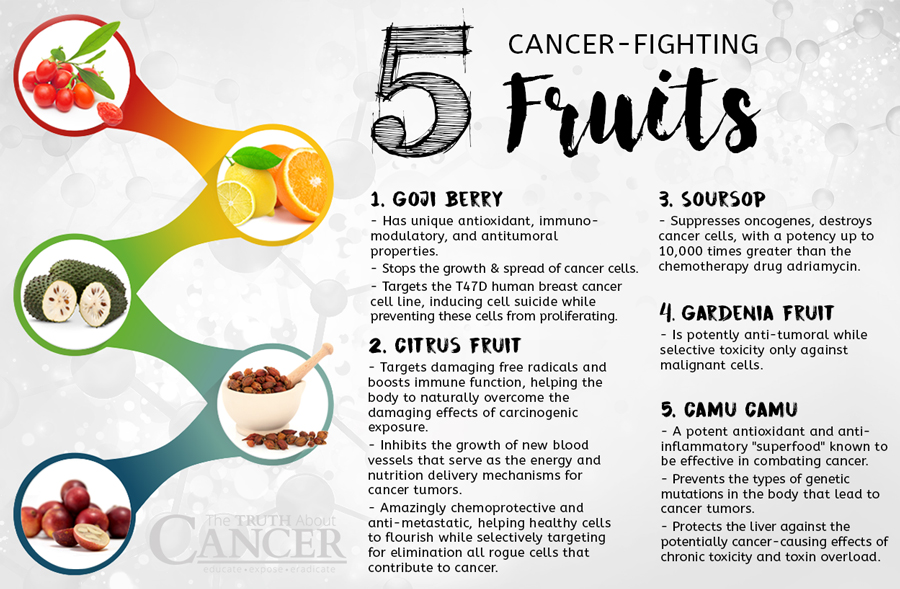 The world’s richest source of natural vitamin C, camu camu (Myrciaria dubia) is a powerhouse of anti-aging and anti-cancer nutrition. A wild feature that grows all along the banks of the Amazon River in South America, camu camu is a potent antioxidant and anti-inflammatory “superfood.” Studies have shown is effective in combating a host of chronic illnesses, including cancer.

Inflammation-associated conditions ranging from inflammatory bowel disease and type-2 diabetes to Alzheimer’s disease and chronic obstructive pulmonary disease (COPD) have all been studied in association with camu camu treatment. And this has been done with great success. Many types of cancer have also responded positively to supplementation with camu camu, which is easily purchased in either capsule or powder form.

Since it’s an anti-mutagenic fruit, camu camu prevents the types of genetic mutations in the body that lead to cancer tumors. Camu camu is also hepatoprotective, meaning it protects the liver against the potentially cancer-causing effects of chronic toxicity and toxin overload.

Perhaps the most well-known of the fruits I’ve listed here are the basic citrus varieties like orange, lemon, and lime. All of these are powerfully anti-cancer in their own respective rites. Another rich source of vitamin C, citrus fruit is inherently anti-cancer because it targets damaging free radicals. Plus it boosts immune function, all while helping the body to naturally overcome the damaging effects of carcinogenic exposure.

Naturally high in flavonoids, nobiletin, and of course vitamin C, citrus fruit is powerfully anti-angiogenic. This means it inhibits the growth of new blood vessels that serve as the energy and nutrition delivery mechanisms for cancer tumors. People who consume high amounts of citrus fruit on a regular basis, studies show, have a reduced risk of developing lung cancer, colon cancer, and many other types of cancer.

Citrus fruit is also amazingly chemoprotective and anti-metastatic, helping healthy cells to flourish while selectively targeting for elimination all rogue cells that contribute to cancer. The widely regarded Nurses Health Study (NHS) found that women in particular who consume multiple servings of citrus fruit every day are much less likely to develop colorectal adenomas, a type of benign polyp that in some cases serves as a precursor for the later development of colorectal cancer.

Editor’s Note: This article was initially published in 2016 and was updated in June & December 2020.