You are here: Home / Nutrition / What Is Iodine Good For? These 8 Iodine Uses May Surprise You 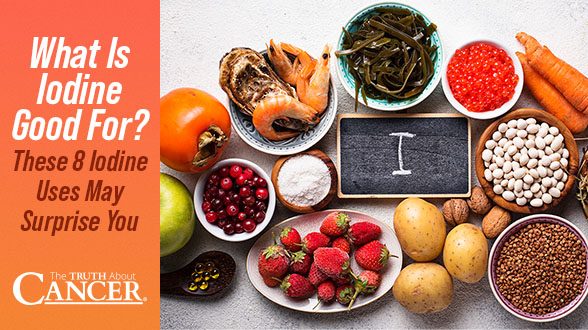 You may have heard that iodine is vital for the endocrine system, including thyroid health and the reproductive system. You may also know that iodine can protect you if you ever become exposed to too much radiation. But did you know that there are dozens of other beneficial uses for iodine?

From healthy hair to wound healing, iodine is a must-have mineral for every aspect of your health! Here are 8 iodine uses that may surprise you:

#1. Iodine Can Be Used as a Sterilizing Agent

Iodine is one of the best antiseptics around. Almost all sterilization products have some form of iodine in them. Iodine is amazing as a wound cleaner, gargle, surface cleaner, and even water purifier!

Most iodine-based sterilizing agents come in the form of povidone-iodine, especially wound cleaners and gargles, since it has been proven to lower bacterial numbers.1 Tetraglycine hydroperiodide, which comes in tablets, are the best for water sterilization. You should use these sparingly, however. This form of iodine has been known to actually lower thyroid function, so it is best to use tetraglycine hydroperiodide tablets in emergency situations only.2

#2. You Can Improve Eye Health with Iodine

Certain areas of the eye, like the cornea, retina, vitreous body, anterior chamber fluid, and lens,3 are also areas of concentration for iodine. This means that iodine can be very beneficial for eye health. According to studies, iodine supplementation can be useful for cataracts,4 glaucoma, dry eyes, eye infections,5 and UVB protection.

In addition, some studies have found that the eyes can be just as adversely affected by halide-derived chemicals, perchlorate, thiocyanate, and fluoroborate in particular,6 as the thyroid. 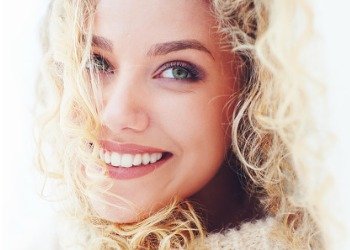 Iodine can even help to strengthen teeth and gums. As a matter of fact, iodine has been used in dental treatment for more than 150 years. It can kill bad bacteria in the mouth and prevent tooth decay.

Sufficient internal iodine stores are linked to healthy gums and teeth. As you may have guessed, the main link is the thyroid. Thyroid function relies on iodine.

Finally, some experts have found a consistent link between low thyroid function8 and Dental Distress Syndrome (DDS).9 DDS occurs when dental issues and TMJ (often caused by teeth grinding or Bruxism) begin to affect the whole body. DDS is a relatively new concept that some dentists are beginning to accept. Theories of natural medicine, such as the Chinese Meridian System, have included addressing oral health in their protocols for thousands of years.

Iodine is needed for every cell in the body. It’s not surprising, then, that iodine is necessary for healthy skin as well. In fact, iodine deficiency is one possible cause for acne, since hormone imbalance is often the key reason why rashes and other blemishes appear on the face.

Iodine has also been shown to delay wrinkles and other signs of aging. It can speed up the healing of surface-level cuts and scars. And according to a report published in the Annals of Thoracic Surgery, 10 it can also slow or even halt bacterial infections like Staphylococcal on the skin.

In addition to essential minerals like magnesium and zinc, iodine is vital for the growth and healthy development of body tissue. That is why minerals like iodine are considered by many experts as the best hair regrowth substances out there!

In fact, according to many studies, hair loss (alopecia) is often a major sign of hypothyroidism and possible iodine deficiency.

A report published over 40 years ago in the Archives of Dermatology discovered that the percentage of telogen hairs on the scalp (these are hairs that represent the last stage of hair growth, when follicles become weak and prepare to fall out) increase as the amount of thyroid hormone decreases.11 However, a more recent study in 2001 found that individuals with alopecia were able to regrow their hair with added iodine supplementation.12

We have talked about this one in other articles, but it bears repeating here. Enough iodine in your system every day is absolutely essential for cognitive health. Major signs of deficiency include:

According to the World Health Organization, “Iodine-deficient people may forfeit 15 IQ points, and nearly 50 million people suffer from some degree of iodine deficiency-related brain damage.”13

Why is iodine so important for the brain? Again, it comes back to the thyroid and thyroid hormones. In large tissue areas such as the brain and liver, the thyroid hormone thyroxine (T4) is abundant. These areas are where T4 is converted to T3 (triiodothyronine). Another key element of this conversion is selenium-containing enzymes, according to the Linus Pauling Institute at Oregon State University.14

Kids need iodine too, especially for their developing bodies and brains. In some parts of the world, major iodine deficiency is one of the main causes of cognitive impairment in children, according to the WHO. But even mild deficiency (also called “subclinical deficiency”) can affect developing neurological pathways, say the researchers of a recent study from New Zealand.15

Be sure to talk to a holistic health professional to find out if supplementation is right for your child.

And remember that iodine is essential for pregnant women. In fact, a 2006 study found that iodine deficiency during pregnancy may be linked to autism.16 The link between iodine and healthy pregnancy is why the National Institutes of Health17 recommends higher-than-normal iodine intake levels for women who plan on getting pregnant or who are currently pregnant. Still, according to the American Academy of Pediatrics, roughly one-third of pregnant women in the United States remain iodine deficient throughout their pregnancy.18 This can have devastating health consequences for both mother and baby. 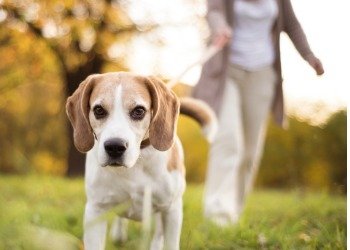 And don’t forget your furry friends! Pets utilize iodine as well and need adequate stores to stay healthy. Dogs and cats are exposed to the same chemical threats as their owners in today’s toxic world. Getting enough iodine helps support their metabolism as well as their thyroid health. And just like in humans, deficiency can lead to thyroid issues and the cascade of consequences that may result.

According to the American Thyroid Association,19 about 12% of the American population will develop some form of thyroid condition, mostly in the form of “hypothyroidism.” At the same time, the National Institutes of Health estimate that approximately a third of American women between 25 and 44 report having symptoms of uterine fibroid tumors;20 some experts state that the number may be as high as 80%.21 Iodine deficiency is also common in women with breast cancer, since the mammary glands also depend on iodine.

Now you know that iodine is responsible for more than just thyroid and reproductive health. But iodine is not a nutrient that the body makes on its own. It must be obtained from food or through supplementation. If you think that you may be deficient, increasing your iodine intake from food may not be enough.

←
Previous
Stress and Hormones: The Adrenal Connection
→
Next
10 Health Benefits of Spring Cleaning