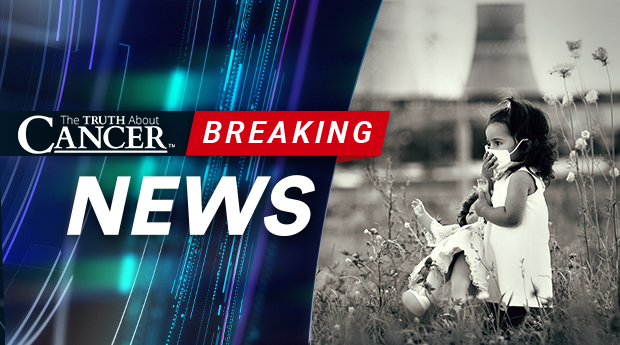 A recent report by the World Health Organization (WHO) says that air pollution is responsible for killing an estimated 600,000 children each year. According to the report, 93% of children live in environments with air pollution that exceeds WHO guidelines. This amounts to nearly 1.8 billion children whose health and development are at risk each day.

While this is a growing and global problem, children are the most vulnerable among us. The report estimates that more than 25% of deaths in children under five are directly or indirectly related to environmental risks. Exposure and negative effects are particularly acute in low- and middle-income countries, especially African, South-East Asian, and Eastern Mediterranean nations. Something like 90% of deaths linked to air pollution occur in these countries.

Air pollution has been linked with many adverse effects such as stillbirth, respiratory disease, obesity, lowered IQ and stunted cognitive development, and cancer. The WHO study focused primarily on particulate matter in the single-digit micrometers, which include toxins like sulfate and black carbon. These dangerous toxins can lead to strokes, heart disease, pneumonia, and lung cancer. Children exposed to excessive toxins are also at greater risk for developing chronic disease as adults.

Ambient air quality is a more complex problem to tackle and will require participation from governments and corporations to reduce the toxic load on our environment. The best ways to combat ambient air pollution are lobbying politicians to prioritize environmental toxins and “voting with your dollars” by not supporting companies that prioritize profit while poisoning our resources.

Air pollution is now responsible for more deaths each year than tobacco, prompting the WHO to call air pollution “the new tobacco”. Director general of the WHO, Dr. Tedros Adhanom Ghebreyesus, said “The world has turned the corner on tobacco. Now it must do the same for the ‘new tobacco’ – the toxic air that billions breathe every day. No one, rich or poor, can escape air pollution. It is a silent public health emergency.”

In a statement to The Guardian, Dr. Ghebreyesus summarized the implications of the report:

Despite this epidemic of needless, preventable deaths and disability, a smog of complacency pervades the planet. This is a defining moment and we must scale up action to urgently respond to this challenge.”

He goes on to say that “A clean and healthy environment is the single most important precondition for ensuring good health. By cleaning up the air we breathe, we can prevent or at least reduce some of the greatest health risks.”

Unfortunately, while access to clean fuel and other household products is increasing, the report warns that “improvements are not even keeping pace with population growth in many parts of the world.” Nine out of the world’s ten most polluted cities can be found in India, one of the most populated countries on the planet. Much of this pollution is due to stubble burning, used by farmers to clear fields after harvest, and the increased use of oil lamps and fireworks during Diwali, a Hindu festival that takes place each fall. In a 2017 study published by the Energy Policy Institute at the University of Chicago estimates that residents of Delhi, India’s capital city, could live up to 9 years longer if air pollution was reduced to within WHO standards.

Considering this study, detoxification should be front and center in protecting our health. Our bodies have powerful, built-in mechanisms for removing toxins. A cleanse or detox regimen simply helps these mechanisms function at their best. Cleaning chemicals, environmental pollution, pharmaceutical drugs, and processed foods all contribute to a massive burden on the body’s natural cleansing systems. Keep your family safe and treat your body like the temple it is by reducing toxic chemicals in your home and supporting natural detoxification.