You are here: Home / Cancer Treatments / Why I Got Into Alternative Medicine (video) 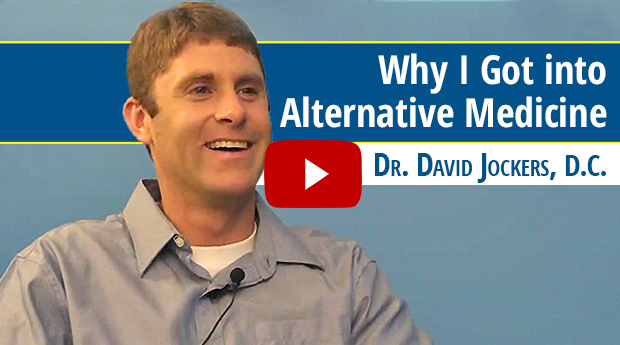 Video Transcript: Why I Got Into Alternative Medicine

Ty Bollinger: So let me start out to begin with, let me ask you… how did get involved with what you’re doing? You’re a chiropractor. You specialize in nutrition. You’ve treated people with cancer. I mean how did you get involved in this line of work? Did you dream of being a chiropractor when you grew up?

Dr. David Jockers: You know, that’s a great question. I never saw myself being a doctor. Growing up I really didn’t know anything about chiropractic. When I was 19-years-old my grandfather, who was always my biggest mentor growing up, I mean he was teacher of the year three times in New York State, military war hero. Everybody in our community looked up to him. We always thought he was healthy. He never complained of anything.

All of a sudden one day he comes home from playing golf. He actually had played golf that day. [He] went to open a sliding glass door, just a patio door to let the cat in, started pulling and tugging at the door and he couldn’t get it. So he tugged harder and his arm literally shattered, dropped right to his side, went completely limp; he was in pain.

My grandmother rushed him to the hospital. Obviously, they took an x-ray and found out he had broken his arm. But, of course, how do you do that opening a door? You don’t. So they were suspicious. They went in, they did a biopsy, found out he had metastatic cancer that spread throughout his body into his bones. And of course, in our society if we get cancer it’s right to chemotherapy and radiation.

I watched my grandfather go through that and literally in six months he lost over 100 pounds. So he went from being 6’3″, 210 [pounds], strong, stalky guy… to about 106 pounds. And during that period, he lost so much muscle mass he couldn’t even get himself up out of his own bed to go to the bathroom. And so, of course, my grandmother couldn’t physically pick him up so she needed help.

She checked him into a nursing home and that’s where he spent the last couple weeks of his life. And you know, I was 19. I saw him go through… I mean just everything. Ultimately when he died he was on 10 medications, Morphine drips, he had a diaper on because he couldn’t control his own bowels. He wasn’t really living, he was just barely existing. I saw that happen to him and I asked the oncologists and the doctors different questions.

I asked them, for example, “how did that happen to him?” Why couldn’t we pick that up earlier? I asked just several questions and they’d say, you know, just kind of how it works. Cancer is an insidious killer. And my grandfather had free healthcare because he was in the military so he had medical checkups every single year. Nobody ever picked this up and it wasn’t till obviously it metastasized throughout his body before it did anything.

And so at that time, at 19, this obviously intrigued me just as far as how the body works, how it heals. I was always into health. And at that time I was into just exercise and training and things like that. I eventually became a personal trainer and through that God just really showed me that I had a gift working with people and I loved seeing results. And he led me towards chiropractic which is really a natural approach to health working with the structure of the body. 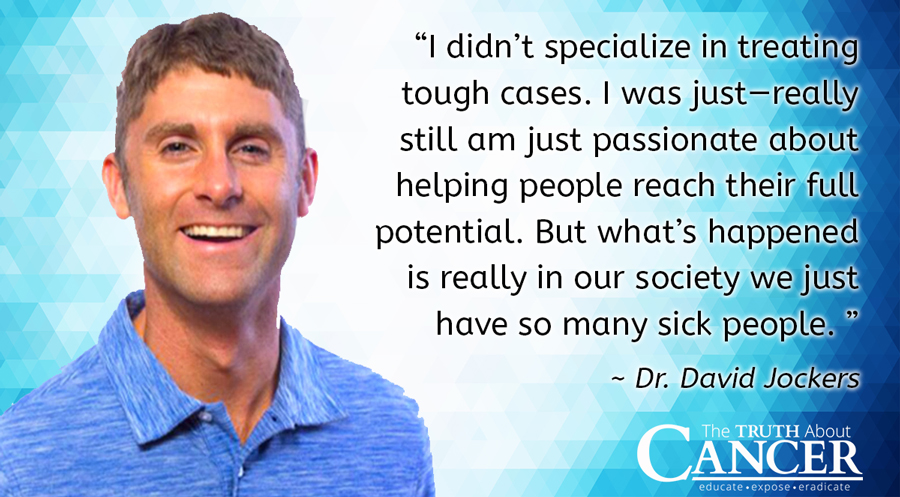 I opened my clinic a little over five years ago in 2009. And you know, I didn’t specialize in treating tough cases. I was just—really still am just passionate about helping people reach their full potential. But what’s happened is really in our society we just have so many sick people. And so just my passion, my zeal for helping people has attracted a lot of very serious cases.

And as I started getting them I knew I needed to really step up my game as far as my knowledge, the applications of the strategies we talk about using advanced therapies, things like that because last thing I want to do is lead somebody down the wrong road or ultimately not be able to help somebody.

It’s been a constant evolution of just trying to learn everything I possibly can to help these really tough cases, and of course, helping really everybody that comes to see me reach their health goals.