You are here: Home / Cancer Treatments / Avoid Cancer with Fungi and Mushrooms 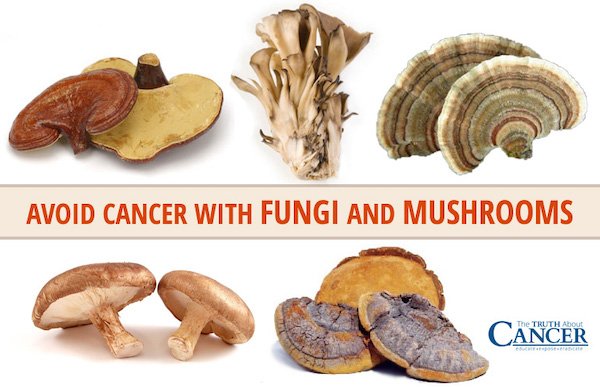 It might sound ludicrous to say you can beat cancer with mushrooms but, rest assured, there are legitimate scientific studies to back up this statement.

No matter what type or stage of cancer you or a loved one are going through, you can participate in your care and recovery every step of the way! Be proactive! Do your research and seek out safe, natural modalities that will improve your chance of survival.

Don’t depend solely on medical professionals or pharmaceutical drugs to help you get better. They see you as a case rather than a patient and are unlikely to tell you about safe complementary treatments you should consider.

They like to call superfoods and acupuncture “junk” science. I’d hold up my cancer patients’ survival rate against the “traditional” guys any day! Diet is a huge part of your wellness and that means it can be used to prevent as well as fight cancer cells.

Mushrooms are similar to various herbal remedies, but unlike herbs they are able to process their food without the necessity of light. They’ve been used for thousands of years in the treatment of many conditions and those disease-fighting properties didn’t go anywhere; modern practitioners simply stopped using them!

Some mushrooms are used solely for their medicinal benefits while others are edible as well (and used in countless recipes around the world).

There is a polysaccharides in mushrooms called beta glucan. In 1975, Dr. Peter Mansell with the National Cancer Institute tested this substance in the treatment of malignant melanoma. His conclusion stated that tumors injected with beta glucans were “strikingly reduced in as little as five days.” Incredibly, some tumors were gone entirely!

In addition to the remarkable beta glucan content, mushrooms are also abundant in lysine, tryptophan, terpenes, natural steroids, vitamin B2 (riboflavin), B3 (nicotinic acid), B5 (pantothenic acid), C, and K!

Top 5 Mushrooms to Support the Body

Known to the Chinese as “spirit plant,” this mushroom (Ganoderma lucidum) has been proven in clinical studies to have a strong anti-inflammatory effect that also works to balance blood sugar and regulate blood pressure. In regards to the immune system, Reishi boosts three key modulators (TNF alpha, interleukin-1-beta, and interleukin-6) that naturally seek out and destroy cancer cells and inhibit angiogenesis (the growth of new blood vessels that feed cancerous tumors ). It showed excellent results in preventing the excessive loss of white blood cells during traditional radiation treatment; thus preventing the immune system from being ravaged!

This large mushroom (Grifola frondosa) is used in recipes and has similar medicinal benefits to the Reishi. It has been shown to lower LDL “bad” cholesterol levels and improve triglycerides. Clinical trials have been done where the beta glucan extracted from maitake was injected into live cancer cells. The cells were dead within a day – and using a combination of beta glucan and vitamin C significantly increased its cancer fighting ability. The maitake’s affinity for the reduction of vomiting, loss of appetite and pain is a major benefit for those in the midst of chemotherapy.

This mushroom (Trametes or Coriolis versicolor) is rare in that it is found throughout the forested regions of North America. Several hundred studies have been done on the benefits of the turkey tail mushroom. A strong polysaccharide known as polysaccharide-K (PSK – which is used as an active ingredient in chemotherapy drugs) enhances the immune system and improves the growth of white blood cells. The compound in this mushroom produces a strong immune system (antigen-antibody specific) response that destroys tumors; consequently,  survival rates are higher for patients who receive PSK during treatment. Using mushrooms to beat cancer is already being done in other parts of the world—most doctors in the U.S. simply don’t put the pieces together.

This is probably the most popular mushroom (Lentinula edodes) known around the world. The beta glucan extracted from the shiitake is called Lentinan and Japanese scientists have found that it can be powerful ammunition in the fight against cancer. It doesn’t kill the cells directly, it boosts the T-cell and natural killer cell production instead, which search out and destroy cancer cells. After the ravages of chemotherapy and radiation therapy, Lentinan helps the immune system to recover more quickly. Though it is safe and effective, the extract has not been approved in the United States by the Food and Drug Administration (FDA). If you plan to get the compound through the consumption of shiitake mushrooms, at least they are delicious!

Outside of Korea, this mushroom is fairly unknown (though it is an active ingredient in many skincare products) and is referred to by its scientific name. Boiled in water to produce a tea or soaked in wine, the health benefits of the Phellinus Linteus against cancer are promising. In clinical trials using animals, those given only the mushroom were concluded to have the highest survival percentage and lowest rate of metastasis (when cancer spreads to other parts of the body). Like others in my list, Phellinus works by enhancing your own immune system response to fight the cancer more effectively, rather than directly killing the cancer. 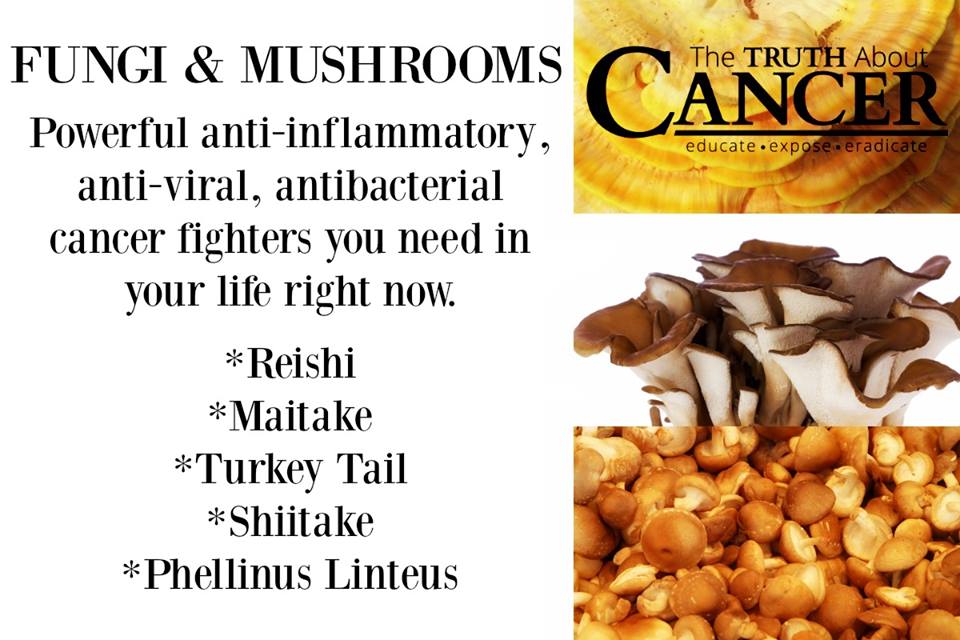 A word of caution… do NOT go out and begin harvesting wild mushrooms! Many fungi are dangerously poisonous. There are so many varieties, species, and sub-species that a simple mistake could result in severe consequences or even death.

If you are not a botanist or mycologist (a scientist who specializes in the study of fungi), please do not try to find your own. Look for a distributor that offers 100% organic mushroom extracts, produced under strict guidelines to preserve the nutrient content and overall effectiveness.

Beating cancer with mushrooms is not “junk” science. It is a valid, proven methodology for boosting your immune system (and overall health) while helping you fight cancer – and keep it from coming back. Prevention is always better than treatment so consider using mushrooms in your daily health regimen to inhibit the growth of cancerous cells from the start!

Editor’s note: This post was originally published in March 2015. It has been updated and republished in November 2019.

←
Previous
Astragalus: The Super Herb that Prevents Cancer
→
Next
The Anti-Inflammatory and Healing Power of Boswellia Serrata 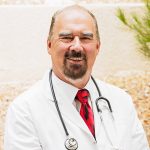