You are here: Home / Nutrition / Herbs & Spices / What the Ancients Knew: A Sacred Plant Used for Hundreds of Conditions 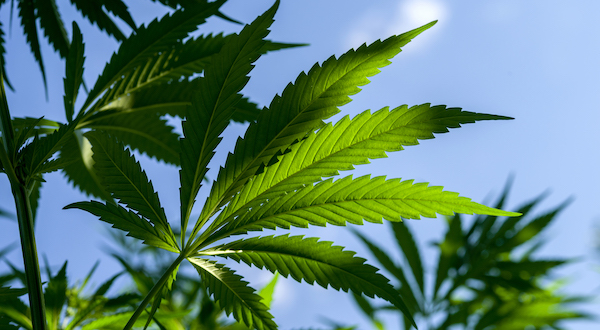 Imagine a plant that has helped thousands (maybe even millions) of individuals with literally hundreds of health conditions – everything from fibromyalgia to cancer. In fact, ancient healing systems such as Ayurveda and Traditional Chinese Medicine referenced it in their texts as far back as 2600 BC.

This sacred plant is totally natural, has no dangerous side effects when used properly, and is chock-full of hundreds of healing phytonutrients, including antioxidants. Sounds too good to be true, right?

It has been seen as a sacred healing herb for millennia, yet it is still often labeled as “controversial,” “harmful”, and even downright “evil” in the U.S. and many other parts of the world.

This controversial plant goes by many names, but is most commonly known as cannabis. The results are in and the studies continue to show that this healing plant is even more remarkable than we thought.

If you haven’t read my article on healing with hemp and cannabis, I suggest you head there first to get a full understanding of the plant, the difference between hemp and marijuana, healing properties of hemp oil, and the truth about CBD.

So what are the benefits of cannabis?

It Contains Over 450 Healing Substances

There is a reason why healing professionals for so many years have considered this particular plant a major player within the healing arena. Did you know that, to date, scientists have found over 450 healing substances (called phytonutrients) in cannabis alone? Some of these include:

It Helps with HUNDREDS of Conditions

There are simply too many health conditions with which this plant can help to name in one article. Here are just a few of them that have been backed by scientific research and studies:

What the Ancients Knew About the Benefits of Cannabis

Here is what ancient doctors and healers the world over had to say about cannabis thousands of years ago:

Yet It Is Still Mired in Controversy…

Like so many powerful, non-toxic natural healing modalities, it was criminalized by Big Pharma. Because it is easy to grow and obtain, it has been the victim of a public smear campaign in the U.S. which goes back to the turn of the century. It has often been called a “gateway drug,” discounting thousands of years of medical use, as well as solid scientific evidence to the contrary.

However, medical consumers and patients looking for alternatives to the drug-pushing methods of allopathic medicine (as well as those looking for adjuncts to conventional protocols) are taking notice of the benefits of cannabis once again. They are also taking action towards making sure that they and their loved ones have access to this powerful herb in a safe and reliable way.

Still, the fate of the medical use of cannabis is largely up in the air in the U.S. And, unfortunately, thousands of people are left to suffer due to lack of access. Also, according to the federal government, it is still considered or “scheduled” as an illegal Schedule 1 drug. But thousands of peer-reviewed studies say otherwise, proving its healing power for hundreds of disease conditions.

Rescheduling would open up even more research opportunities.

Will cannabis someday be available to anyone who needs it? Will it regain its rightful place among earth’s herbal “super-healers?” The practitioners of Traditional Chinese medicine knew it. Ayurvedic practitioners knew it. Even Western-trained doctors of the mid-1800s knew what cannabis could do for pain, mental disorders, chronic disease, and so much more.

Will “modern” medicine join us in the 21st century? Only time –and our consumer voice – will tell.