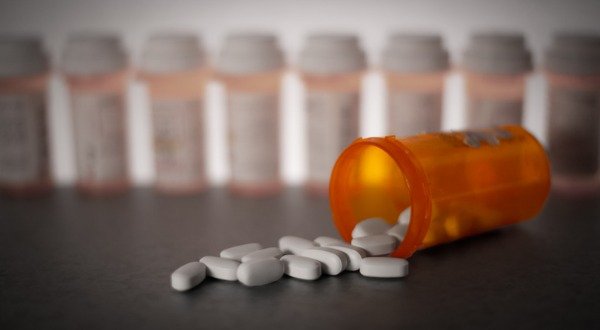 Earlier this year, the U.S. Patent and Trademark Office issued a patent for a new drug to treat opioid addiction. Among the six inventors on the patent is Richard Sackler, a member of the family that owns Purdue Pharma. Purdue Pharma, where Sackler once served as chairman and president, is the company that produces and markets OxyContin, an opioid pain reliever.

OxyContin is a highly addictive opioid drug, that many believe is responsible for the growing epidemic of opioid addiction. It seems now that Mr. Sackler, whose family has profited billions of dollars through its pharmaceutical ventures, will not only profit from a dangerous, highly-addictive drug – he’ll now profit from the treatment.

To fully understand the impact of this information, it’s important to understand the role of Purdue Pharma and the Sackler family in the opioid crisis.

In 2016, there were over 63,000 deaths attributed to drug overdose in the U.S. Of those deaths, 66% were attributed to opioids. Hundreds of lawsuits have been filed across many U.S. states against Purdue Pharma claiming that they misled doctors and patients about the addictive potential of its drugs while aggressively marketing them, advising doctors that not using opioids for pain may violate the Hippocratic Oath.

Although some top employees of Purdue Pharma have pled guilty for intentionally misleading doctors about the dangers of opioids, the company vehemently denies any responsibility for the current addiction epidemic. Meanwhile, Richard Sackler also owns an unknown company called Rhodes Pharma, which is one of the largest manufacturers of generic opioid medication.

Not only do the Sacklers profit from one of the most dangerous drugs in history, they also control a large portion of the generic market.

And they’ve made great effort to indoctrinate the medical industry. According to the Annual Review of Public Health:

Between 1996 and 2002, Purdue Pharma funded more than 20,000 pain-related educational programs through direct sponsorship or financial grants and launched a multifaceted campaign to encourage long-term use of [opioid painkillers] for chronic non-cancer pain. As part of this campaign, Purdue provided financial support to the American Pain Society, the American Academy of Pain Medicine, the Federation of State Medical Boards, the Joint Commission, pain patient groups, and other organizations. In turn, these groups all advocated for more aggressive identification and treatment of pain, especially use of [opioid painkillers].”

Now Sackler, whose family is worth over $13 billion, will profit from the treatment of an addiction crisis for which the family’s company is largely responsible.

Pharmaceuticals are a major industry, spending over $240 billion on lobbying alone in the past decade. And with a global annual revenue of over $1 trillion, it’s no surprise that the industry spends more money on marketing than they do on research. These are businesses, and while breakthroughs in medical research can help save lives, the companies that own them seem far more concerned about profits than patients.

What we put into our bodies matters. The truth is that the side effects of the drugs we’re prescribed are often worse than the original illness. Big pharma controls a massive amount of medical school curricula, so even well-meaning doctors may simply not have the information they need to make the right decision.

As prescription pain medication becomes more and more prevalent, it’s important to remember that there are many natural and safe ways to treat pain before turning to pharmaceutical interventions. Be sure to work with a holistic doctor to find the pain management techniques that work best for your specific needs.