You are here: Home / Cancer Prevention / The Blood-Brain Barrier and its Cancer Connection 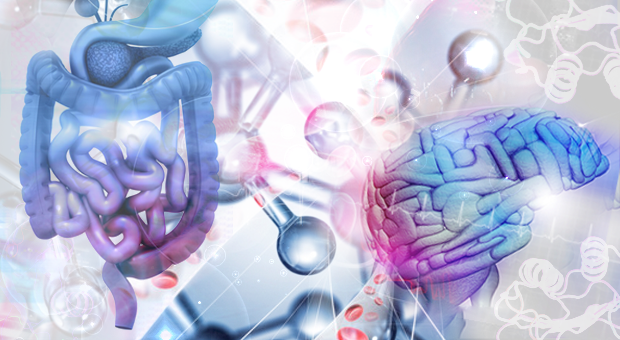 The Blood-Brain Barrier (BBB) is an example of the pure ingenuity of the human body. The BBB protects our complicated neuro-network from outside pathogens, metabolic changes, and molecular substances that may be harmless to other organs but toxic to the brain.

The blood brain barrier is very selective as to which substances it allows to pass through it. It is these substances, however, which hold the key to brain and overall health, including the proliferation and healing of brain-related and other forms of cancer.

The Blood-Brain Barrier: Sentries at the Border of the Brain

The Blood-Brain Barrier is stitched together with high-density endothelial cells that severely limit its permeability. Vessels of the BBB lack “fenestration,” the process in which pores are able to rapidly exchange molecules between tissue and those vessels. The BBB also has “tight junctions” which further restrict what gets in.

Along its borders, neurons and non-neuronal cells are on constant watch and act as a “detoxification unit.” These cells also maintain the integrity and functionality of the central nervous system as a whole.

How Inflammation Impacts the BBB

The most important thing to remember about the normal functioning of the BBB is that all this changes with inflammation.

When the BBB becomes inflamed, it is compromised and begins to allow larger particles, including pathogens and “xenobiotic compounds” (i.e. environmental toxins), to pass through its surface. For years, scientists knew there was a connection between inflammation and the weakening of the Blood-Brain Barrier, but they didn’t know what the connection was.

In 2014, however, a joint study of researchers from the UK and the Netherlands discovered a common link: the MicroRNA-155 molecule, which has the ability to create microscopic gaps in neuro-epithelial cells that can then let pathogens through.

Elevated levels of MicroRNA-155 are partly responsible for the condition that is now called “Leaky Brain.” Interestingly, high MiRNA-155 levels are also associated with a variety of cancers, including leukemia, lymphoma, brain tumors, and breast cancer.

The condition that functional medicine experts now call “Leaky Brain” sounds suspiciously like another ailment common in our modern world − Leaky Gut Syndrome. “Leaky Brain” is being connected to anxiety and depression, brain fog, and more severe conditions such as autism and multiple sclerosis. As it turns out, the connection is about more than just a name.

There is a good reason why the gut is called “the other brain.” Both the brain and the gut share many similarities, including a limited-permeability barrier that separates these two systems from the circulatory system. The gut and the brain also share protein substances occludin and zonulin, which help to determine the integrity of both the gut lining and the Blood-Brain Barrier. Tests that determine elevated antibodies for these proteins are one way to find out if you have both Leaky Brain Syndrome and Leaky Gut.

Of course, Leaky Gut has long been connected with the prevalence of many conditions, such as autoimmune disease and allergies. A 2012 study conducted at Thomas Jefferson University in Philadelphia made the connection between Leaky Gut and cancer as well. Guanylyl cyclase C (GC-C) is a tumor-suppressing hormone receptor that resides in the intestinal tract and plays a role in maintaining its structural integrity.

According to Scott Waldman, PhD, MD, director of the Gastrointestinal Cancer Program at Jefferson’s Kimmel Cancer Center, when GC-C was silenced in laboratory mice, it didn’t just compromise the intestinal barrier’s integrity. GC-C suppression also allowed for increased inflammation and the seepage of cancer-causing agents into the bloodstream, which damaged DNA.  Cancers quickly formed outside of the gut area, including in the liver, lungs, and lymph nodes.

In 2011, Chinese researchers discovered Gaunylyl Cyclase-C in the brain as well. Scientists at Peking Union Medical College found the molecule in midbrain dopamine neurons. When GC-C was removed in laboratory mice, they exhibited hyperactivity and characteristics of ADHD. When it was reintroduced, the mice returned to normal. 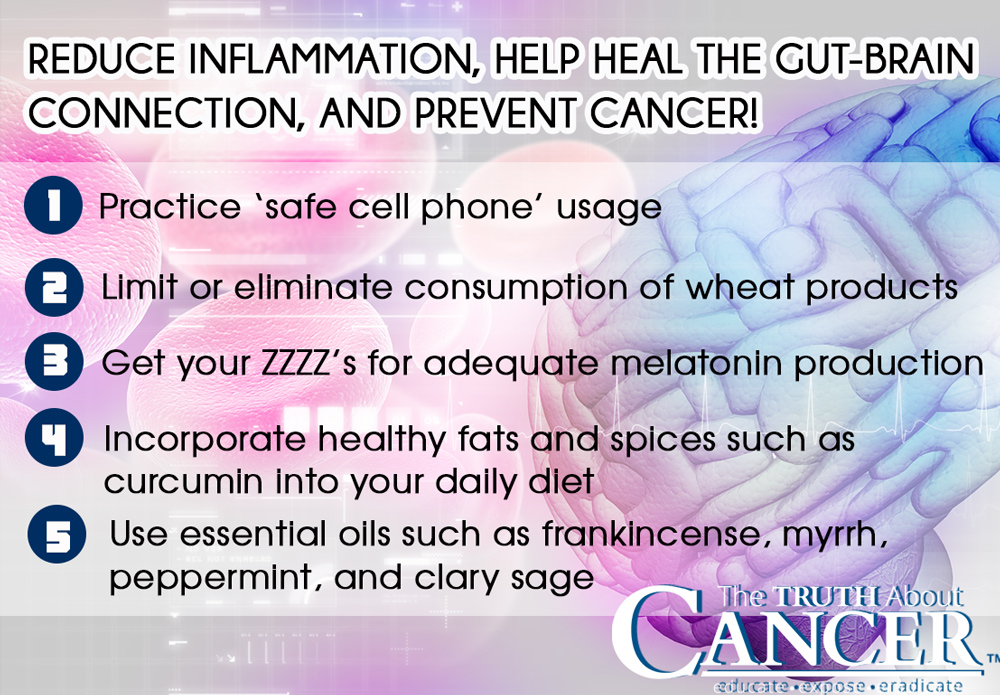 There are dozens of ways to reduce inflammation, help heal the gut-brain connection, and prevent cancer. Here are four simple ways you can start doing all three today:

The bad news about EMF exposure is also the good news. Cellular deterioration happens rapidly; each time you are exposed to EMF, your BBB begins to deteriorate. The good news is that the whole process is quickly reversed by simply removing the source of the EMF radiation. Cell phones are a part of our world and are not going away any time soon.

There are things you can do to protect yourself, however. Get in the habit of using your speakerphone when you talk. Also, consider using a scientifically-validated EMF Protection device on your cellphone, as well as other electronics, especially computers and routers that broadcast WIFI.

New scientific evidence about the connection between the BBB, the gut, and inflammation tells us what ancient healing systems have known for centuries. Your health depends on a delicate interplay of substances, communications, and interactions between all systems. What affects one system affects them all.

Science is beginning to discover the particular molecular pathways through which this occurs and it seems that they are all pointing to one main culprit when it comes to disease: inflammation. Become an advocate for your own brain and gut health by making simple changes to your lifestyle and diet that will reduce inflammation and lead to vibrant health!

Please help bring more awareness to the connection between inflammation, the Blood-Brain Barrier, and cancer prevention by sharing this article with your friends and family below.

←
Previous
Oreos and Milk: A Cancer-Causing Combination?
→
Next
The Surprising Health Benefits of Coffee