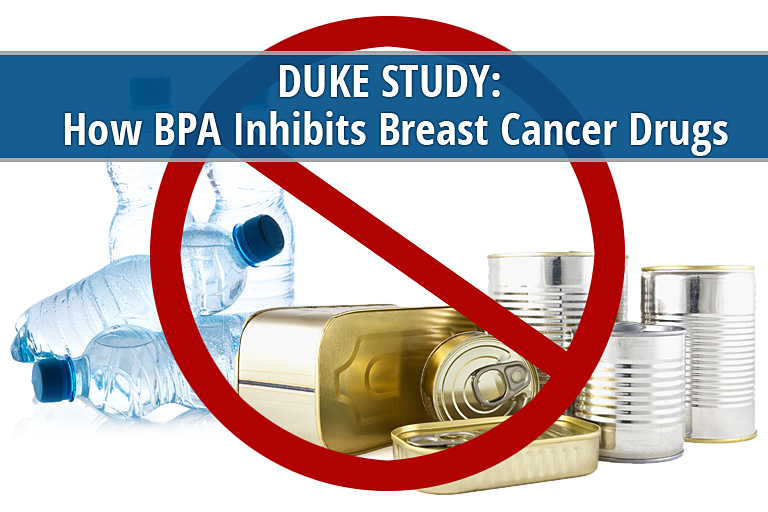 According to the Centers for Disease Control and Prevention, at least five million pounds of BPA (Bisphenol A, a powerful Xenoestrogen) is pumped through US manufacturing plants each year. The most common means for BPA exposure to humans is through plastic bottles and other plastic containers, as well as through canned products.

As a proven hormone-disruptor, it is common knowledge that exposure to BPA may lead to cancer, especially breast cancer. But are there other effects of this dangerous toxin?

According to a recent study conducted by Duke University, BPA doesn’t just cause cancer; it seems to make cancer cells resistant to chemotherapy as well.

The BPA-Chemo Connection: A Rude Awakening

In the Duke cell culture study presented at the International Society of Endocrinology and Endocrine Society’s 2014 conference, inflammatory breast cancer cells were exposed to BPA amounts comparable to that found in the general public (unfortunately, these days we all have some amount of BPA in our system). The cultures were then administered varying levels of the prescription chemotherapy drugs doxorubicin, cisplatin, and vinblastine. The presence of BPA in the breast cancer cell cultures basically made these common chemo drugs ineffective.

“…the researchers conclude that derailment of apoptosis could be a mechanism—perhaps common to all three drugs—by which BPA may inhibit the efficacy of breast cancer drugs,” an abstract of the study states.

“People in the field of BPA research don’t think about that particular thing,” admits Scott Sauer, co-author of the study. “They’re only thinking about BPA making cancers more aggressive, not necessarily how they will respond to treatment because of exposure.”

Duke researchers explained that what occurs between BPA and chemo drugs is like a war – both toxic substances vie for a place within the body. The war analogy makes sense considering that chemotherapy was first formulated from chemicals similar to mustard gas, which is a chemical of war.

Now researchers and concerned individuals must consider how potent chemicals such as BPA may react with conventional treatments such as chemotherapy. 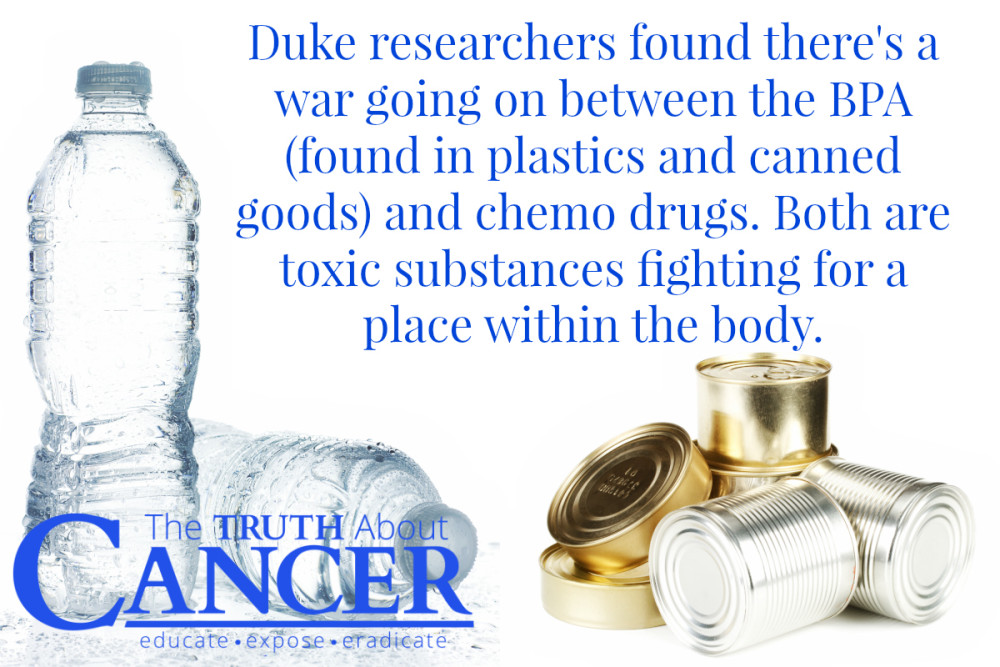 Speak Out Against BPA

“We are just beginning to understand the enormity of this problem. We as consumers need to be conscious and demand BPA-free products,” says OB/GYN and hormone-replacement therapy specialist Jen Landa, MD. In her article for the Huffington Post last year, she cited the fact that France had plans to ban all BPA products by this year as a wake-up call for what America must do.

On an individual level, Landa says there are actions you can take every day to lessen your exposure to BPA and begin to heal your body naturally:

BPA is a dangerous reality of modern living. Besides the cancer and chemo connection, it has also been linked to diabetes. It is interesting to me that a substance such as BPA, in addition to directly causing cancer, also creates sugar imbalance in the body. Cancer cells have twice as many insulin receptors than healthy cells and cancer’s main food source is sugar.

As the evidence mounts, it is becoming clearer that taking the time to protect yourself from BPA is one of the most important things you can do for your overall health – and to prevent breast cancer and cancer in general.

Please help bring more awareness about BPA and breast cancer drugs by sharing this article with your friends and family below.