You are here: Home / Cancer Treatments / The Cancer Fighting Medicine That’s Growing in Your Yard 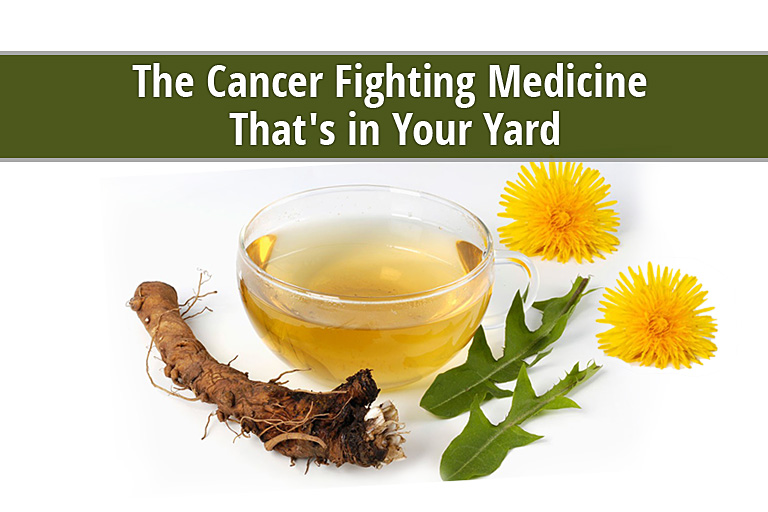 As a child, you likely got a thrill out of picking its many fluffy seed heads from the yard and gently blowing them into the wind. As an adult, perhaps you’ve tried to eradicate it entirely to maintain the “perfect” lawn. Whatever your perception of the ubiquitous dandelion (Taraxacum officinale), science is revealing that this curious flowering plant (which many consider a weed) is actually a potent cancer fighting medicine that grows almost everywhere.

Believe it or not, dandelions are loaded with vitamins, minerals, and other healing nutrients that typically take a back seat to the plant’s reputation as a pesky weed. Dandelions have long held a top spot in Traditional Chinese Medicine (TCM) as a remedy for digestive upset, inflammation, and kidney disease, boiling nicely into a healing tea.

Why Dandelion is a Cancer Fighting Medicine

Anecdotal reports of folks plucking dandelion from their yard, drying it, and grinding it up into an edible powder suggest that the root extract of this medicinal plant helps significantly boost immunity, which combined with its appetite stimulation properties is exactly what the body needs to prevent cancer development.

More recently, dandelion root has been a focus of study for its ability to improve liver and gallbladder function, as well as stimulate appetite. And right now, human clinical trials are taking place to evaluate how dandelion root extract might help in treating blood-related cancers, including lymphoma and leukemia.

Researchers from Windsor Regional Cancer Centre in Canada are confident in dandelion’s anti-cancer potential. Dr. Siyaram Pandey, a professor of chemistry and biochemistry, announced in February 2015 that they had received approval and funding for human clinical trials. The team is testing a potent form of dandelion root extract on a group of 30 patients with end-stage, blood-related cancers. 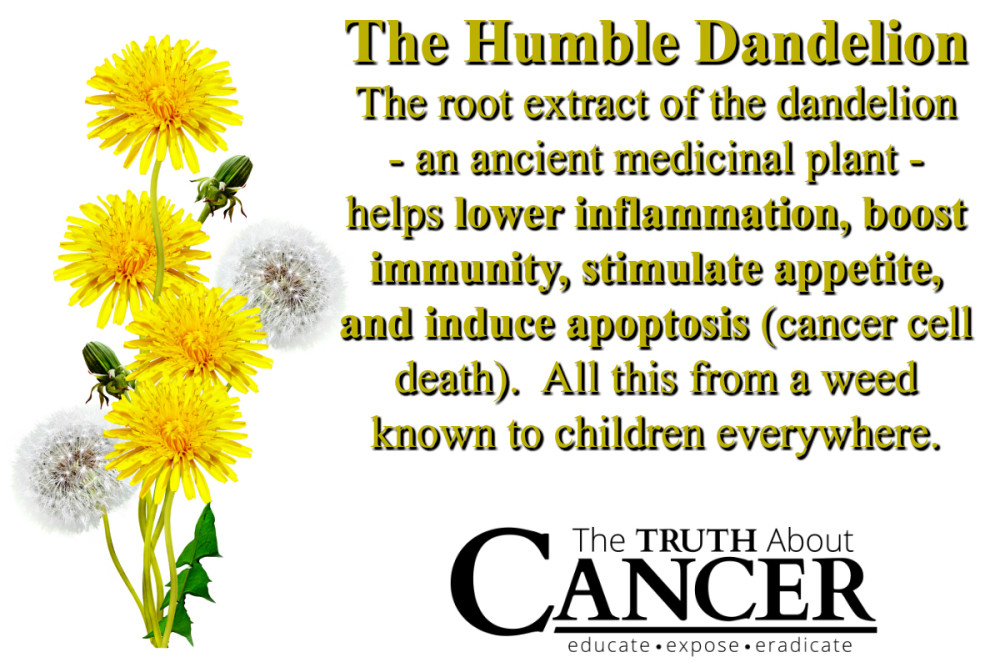 The University of Maryland Medical Center also acknowledges dandelion’s immune-boosting capacity. The Center noted that the flower in particular possesses strong antioxidant properties, which is helpful in averting cancer. The root is likewise beneficial, as previously mentioned, in helping to detoxify the liver and gallbladder, as well as improve kidney function.

Earlier research by Dr. Pandey from the University of Windsor further illustrates the anti-cancer potential of dandelion. In otherwise untreatable pancreatic cancer (which is said to have close to a 100% mortality rate), dandelion root extract was found to induce programmed cell death, also known as apoptosis, in pancreatic cancer cells. It also killed leukemia and melanoma cancer cells in lab mice. Dandelion root extract similarly induced autophagy, a process by which the body maintains homeostasis through the proper elimination of damaged or malignant cells.

“We demonstrate that DRE (dandelion root extract) has the potential to induce apoptosis and autophagy in human pancreatic cells with no significant effect on noncancerous cells,” wrote the study’s authors in a 2012 report. “This will provide a basis on which further research in cancer treatment through DRE can be executed.”

Want to stay informed of cutting edge ways to stay healthy? Get notified each week when brand new articles are added by registering here for free.