You are here: Home / Cancer Causes / Does Plastic Cause Cancer? How to Avoid Cancer Causing Plastics 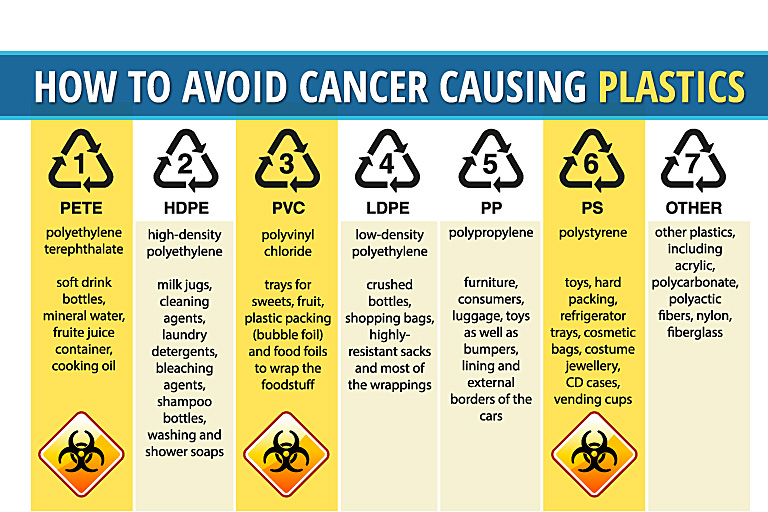 Chemical companies promised the world that they would change the way people lived through science. Plastics: they’re in everything these days, and avoiding them completely is next to impossible, since over 300 million tons of plastic is produced each year.

Plastic products are likely all over your home – in cosmetics, cushions, tablecloths, flooring, and dozens of other common household items.

So which types are relatively safe and which are the cancer causing plastics to avoid?

This is a common question that health-minded folks are increasingly asking as they dig through their pantries and wonder whether or not they should keep drinking water out of plastic bottles, or consume meal leftovers stored in plastic containers. It’s a battle of convenience versus toxicity, but one that science can help mediate.

The Society of the Plastics Industry (SPI) created a classification system back in 1988 that differentiates between the seven most commonly used plastics in consumer products. These include the following, which can be identified on the bottoms of plastic containers inside a triangular recycling insignia: 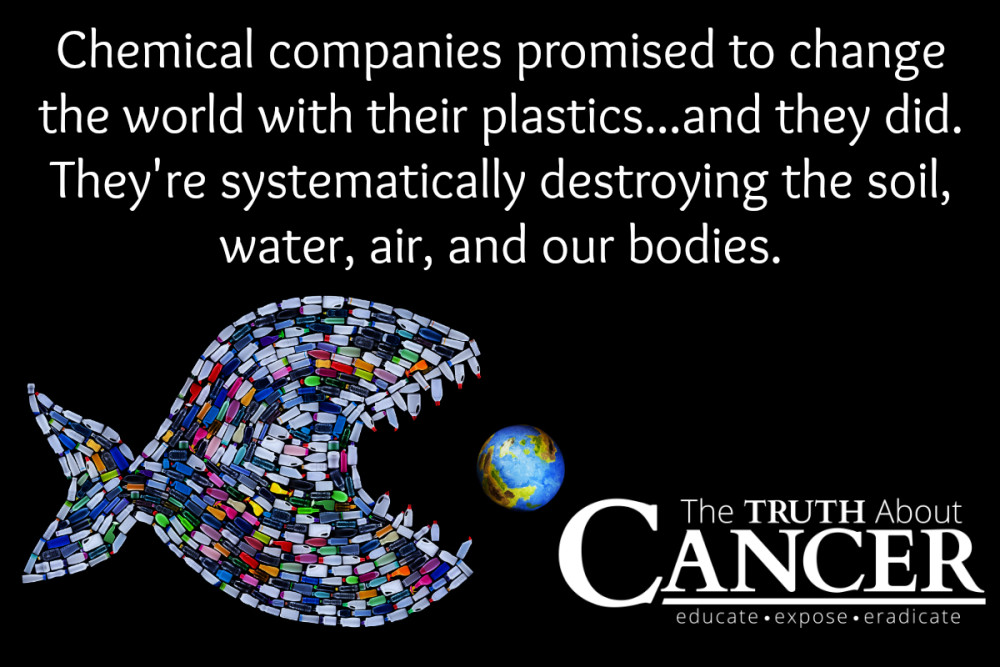 Each of these plastic types comes with its own set of risks, but some are far safer than others. The first category, PETE or PET, is a common plastic material often used to store beverages. It’s considered a higher-risk plastic intended for single use only because it can potentially leach heavy metals and other chemicals into fluid.

German researchers discovered back in 2009 that PET plastic is much like the infamous bisphenol-A (BPA) chemical in that it can interfere with proper hormone expression and production. The consequences of such exposure, if left unchecked, can increase one’s risk of developing cancer.

The third category, PVC, also poses an elevated risk of cancer and other health issues. Often used in plastic food wrapping, cooking oil containers, and toys for both animals and pets, PVC is classified by the Environmental Protection Agency (EPA) as a “major concern” when it comes to cancer risk.

Then there’s category 6, polystyrene, which is recognized as a possible human carcinogen. Also known by the brand name Styrofoam, this plastic material is a staple in to-go cups and takeout containers, and studies have linked it to reproductive health problems.

Research out of Harvard University suggests exposure to polystyrene may cause abnormal pulmonary function, chromosomal damage, and various types of cancer. As of July 1, 2015, New York City banned polystyrene or Styrofoam containers.

Stick With HDPE and LDPE If You Must Use Plastic

Your best bet is to use only #2 (HDP or HDPE) and #4 (LDPE) plastics to minimize your risk of health problems. HDPE plastic is most commonly used in milk cartons (the semi-transparent, whitish kind) and detergent bottles, while LDPE is often used in shrink wrap, plastic bags, and condiment bottles.

The Natural Resources Defense Council (NRDC) also contends that #5 (PP) plastic is a safer option as well, however it must be noted that a survey conducted by the Milwaukee Journal Sentinel found that supposedly “microwave-safe” food packaged in #5 PP still contained leached BPA.

Editor’s note: This post was originally published in August 2015. It has been updated and republished in January 2020.