You are here: Home / Cancer Causes / Sunscreen and the Lies We’ve Been Told About the Real Causes of Skin Cancer 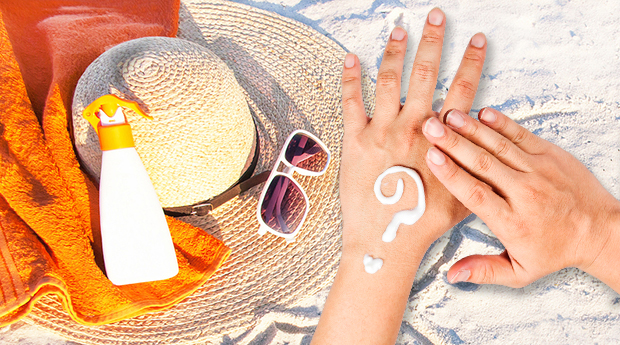 Most of us are exposed to many different types of propaganda in the form of advertising on a daily basis. A majority of the time these advertisements are trying to sell us products we don’t need. At this time of year, it is difficult to read a magazine, take a drive, or watch television without hearing or seeing an ad for sunscreen.

Mainstream media is obsessed with telling people to avoid the sun and apply copious amounts of sunscreen. Dermatologists and the American Medical Association (AMA) say the sun is bad and that one should avoid it at all costs. But what are those costs? Recent studies have shown that sunscreen, which has been widely promoted over the last 30+ years, could be doing much more harm than good.

Sunscreen blocks vitamin D production, which is an essential nutrient for health and cancer prevention. Many major brands of sunscreen also contain toxic chemicals, which are absorbed through the skin, enter the bloodstream, and then circulate throughout the body. Could blocking vitamin D synthesis and slathering toxic chemicals on our skin actually be among the main causes of skin cancer?

One concerning fact about skin cancer is that according to the U.S. Centers for Disease Control (CDC), rates have doubled in the last 30 years. While the use of sunscreen has also doubled, the CDC, AMA, and cancer industry continue to recommend people avoid the sun and use sunscreen, while ignoring the importance of vitamin D and a healthy diet in skin cancer prevention.

Is Sunscreen a Cause of Skin Cancer?

Dermatologists and medical professionals blame the sun for the increase in skin cancer because it is the largest source of ultra violet radiation (UV). However, many leading-edge doctors and health experts contradict popular dogma about the sun being the main cause of skin cancer.

Lifestyle choices and diet play a far more important role than sun exposure when it comes to getting skin cancer. Bernard Ackerman, MD, the founding father of dermatopathology, which specializes in the study of cutaneous diseases at a microscopic and molecular level, has studied the issue of skin cancer extensively. He’s concluded that evidence that the sun causes skin cancer is inconsistent and inconclusive. “While some studies do show a small association, he says, others show none.”

One of the world’s leading authorities on natural cancer cures, Dr. Leonard Coldwell, asserts that the chemicals in sunscreen cause most skin cancers and not the sun.

In addition, a 2004 study in the medical journal The Lancet showed indoor workers were twice as likely to get skin cancer as those who spent more time in the sun: “Paradoxically, outdoor workers have a decreased risk of melanoma compared with indoor workers, suggesting that chronic sunlight exposure can have a protective effect.”

Lack of sunlight means lack of vitamin D, which is a necessary nutrient for the body’s immune system to function properly. Low vitamin D levels are linked to health problems, including cancer. Appropriate sun exposure helps maintain adequate levels of vitamin D. Using sunscreen interferes with that exposure and could be contributing to the rise in skin cancer.

Are Sunscreens Really Safe to Use?

Sunscreen prevents sunburn by blocking UVB rays thus disabling the skin, allowing us to be in the sun longer than what is natural. Most major brands of sunscreen block UVB while allowing UVA, which actually causes more damage to the skin. In addition, UVB is required to produce vitamin D, so blocking it seems contradictory to good health and cancer prevention.

Sunscreen often contains cancer-causing chemicals that bake into the skin and get absorbed into the bloodstream, over-taxing the liver with toxins. Here are some of the offenders:

In addition, there are many more questionable chemicals in sunscreen never proven to be safe or effective for use on the skin. Andreas Moritz, a leading practitioner in the field of alternative and integrative medicine, goes so far as to state, “Sunscreen is the leading cause of skin cancer.”

The Importance of Vitamin D3

The best way to absorb adequate vitamin D is to get natural sunlight and avoid sunscreen, which blocks UVB. Vitamin D is essential in growing and maintaining strong bones, promoting a healthy immune system, and protecting against various forms of cancer. It is a fundamental element to human health. On the other hand, chronic vitamin D deficiency (blood levels below 50 ng/ml) promotes cancer and disease, and can wreak havoc on one’s health.

Safe UV exposure alone does not cause skin cancer. Two studies published in 2005, in the Journal of the National Cancer Institute, provide evidence that “solar radiation may have a beneficial influence in both the incidence and outcome of cancer;” thus validating the sun and vitamin D as cancer prevention and treatment.

The general recommendation is to get 15 to 30 minutes a day of direct sunlight to maintain adequate levels of vitamin D. Darker-skinned individuals need more sun exposure because they have more melanin in their skin, which blocks UVB. For people in colder climates who don’t have the opportunity for sun exposure, certain types of tanning beds can safely be used, but make sure they have less harmful UVA than sunlight and have electronic ballasts instead of magnetic ballasts to limit electromagnetic radiation exposure.

With sun exposure it is best to start with 10 minutes and work up to about 30 minutes, ensuring the skin does not get too pink. If required to be in the sun for extended periods, wearing a hat and extra clothing is better to protect skin from burning instead of using sunscreen.

Getting a tan protects skin naturally from burning. In addition, it is best not to use soap on sun-exposed skin for up to 48 hours so that the body can absorb all the vitamin D it makes.

A 2014 Swedish study published in the Journal of Internal Medicine followed almost 30,000 women for 20 years. Researchers concluded that women who avoid the sun are at increased risk for skin melanomas and are twice as likely to die from any type of cancer compared to those with high sun exposure. Perhaps popular mainstream advice regarding sun exposure and the use of sunscreen is not beneficial for women’s health after all!

If using sunscreen, use a natural or non-toxic brand. Make sure that it doesn’t contain carcinogenic chemicals such as oxybenzone and vitamin A derivatives which become carcinogenic when exposed to the sun. (The EWG has a free online guide that allows you to check the toxicity level of skincare products, including sunscreen.)

Zinc oxide is safe in the sun and is the EWG’s first choice for sun protection. It provides greater protection from UVA rays than any other sunscreen chemical approved in the United States. Natural ingredients such as coconut oil and shea butter are safe in sunscreen and can help nourish and protect the skin.

A Healthy Diet Can Help Prevent Cancer and Sunburn

While getting safe sun exposure is important, so is eating a diet that is high in antioxidant-rich foods, which helps prevent sunburn. When solar rays hit the skin, antioxidants come to the surface and act like sunscreen, forming a protective shield. Foods rich in antioxidants include berries, apples, beans, and dark-leafy greens to name a few. Getting plenty of healthy fats is also essential.

One of the world’s best-known dermatologists, Nicholas Perricone, MD, recommends eating foods that contain natural astaxanthin, a super antioxidant found in different seafood such as wild sockeye salmon, shrimp, lobster, and red trout. Astaxanthin can also be taken as a supplement, and acts as an internal sunscreen for the body. It can also help protect the skin from UV damage when applied topically.

Last but not least, avoid obvious risk factors for skin cancer (and other cancers) such as smoking and eating too much sugar and junk foods, and avoid burning your skin when in the sun. Even though the body has an easier time processing sunburn than it does dealing with the damaging effects of sunscreen, it is still best to protect your skin from burning in the first place. 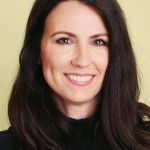 Landee Martin is a wife and mom to three children. She has a Bachelor of Science in Psychology with a focus on research methods. After noticing some serious reactions following her children's routine vaccinations, she questioned her medical doctor who refused to acknowledge any connection. After her youngest then went into anaphylactic shock following a DTaP vaccination, Landee started researching heavily and discovered that there was A LOT her doctor wasn't telling her! Since, she has become well versed on vaccine medical research and uncovering the lies and questionable motives of both drug companies and politicians. She is passionate at getting the truth out to as many people who will listen.