You are here: Home / Cancer Treatments / The War Against Natural Treatments for Cancer (video) 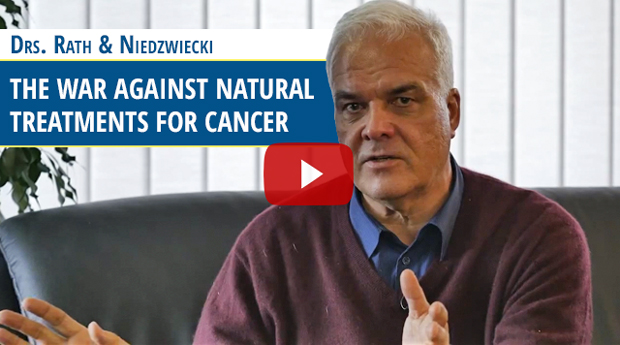 Video Transcript: The War Against Natural Treatments for Cancer

Ty Bollinger: Yeah, that’s with our group, The Truth About Cancer, that’s our goal, to educate. Which, I appreciate everything that you’ve shared today, because it’s very educational. It’s to eradicate cancer, which, I think that using approaches like this, that’s possible. But it’s also to expose. That’s the three Es.

Dr. Rath: It’s very true. And there’s a reason for that. We talked about concentration camps. They are surrounded by a fence. If someone tries to escape the fences of the modern concentration camp, the ones that confine the cancer patient within the parameter of conventional thinking, of chemotherapy thinking, they are being haunted.

How many court cases have been filed around the world for withdrawing custody of parents who went into natural health as opposed to staying within the confines, within the fences, of conventional chemotherapy treatments? It’s nothing else. The dimension of a child dying in a concentration camp, or dying from leukemia, that is being intoxicated by chemotherapy, as opposed to choosing natural paths, are the same.

The parents are losing a child. The family is losing their future. And that’s the deeper dimension of what you’re talking about, that the same interest groups that have proven again and again in the past, namely the pharmaceutical investment business, how ruthless they are, are still around trying to fool us, trying to tell us, “Well, believe us.”

Why should we? If we don’t have the courage to liberate ourselves, then we will not make progress. And this is why this is important, this series that you are doing, Ty. It’s being kept alive, and I just can encourage everyone who’s seeing this show, that you spread it and help Ty to get his message around the world, and not only tame this beast, but eliminate it. Not by violence, but by education, by becoming aware about the three Es that you mentioned. 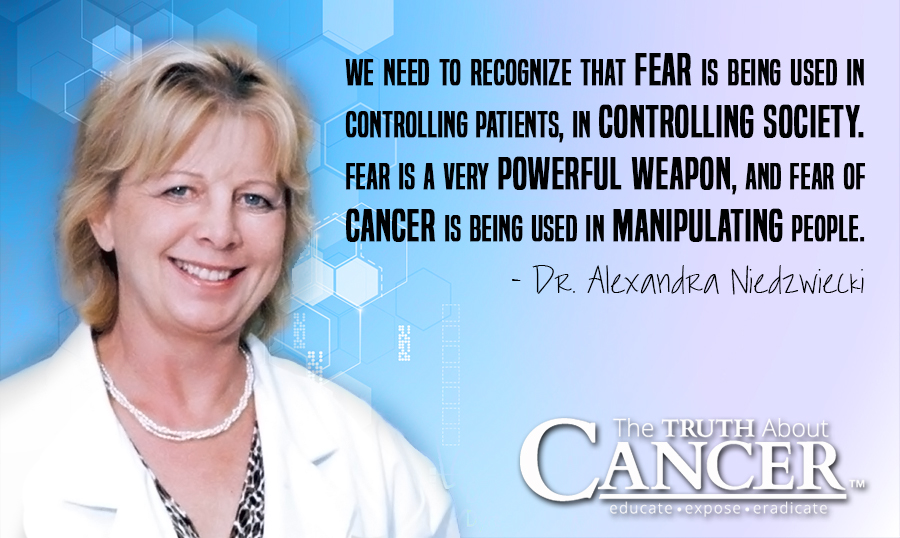 Dr. Rath: Elaborating on that, Alex, among all diseases, the one disease that the status quo, meaning the pharmaceutical investment, needs most to continue its business, to stabilize, to cement its system, is cancer. They can afford to allow, let’s say, advances in osteoporosis, that decrease the number of bone fractures, without major damage to its future existence.

They can allow progress in this and that disease to kind of mask their principle business. But they cannot allow, they cannot allow cancer to disappear, being identified as a disease that can be regulated or prevented. So long ago, they have initiated what Dr. Niedzwiecki mentioned, the fact of fear.

In fact, it’s more than that. It’s a psychological warfare on humanity that the pharmaceutical industry is leading with the tool cancer. Keeping cancer as a death verdict is the platform, is a precondition for this entire investment industry to continue.

Ty Bollinger: It is.

Do you agree that fear is used to control cancer patients? Please share your thoughts and/or experience in the Comments section below the article.

←
Previous
Be the Storm: Cancer is NOT a Death Sentence!
→
Next
Sunscreen and the Lies We’ve Been Told About the Real Causes of Skin Cancer 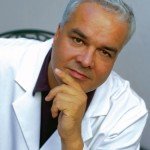 Dr. Rath was born in Stuttgart, Germany, in 1955. After graduating from medical school he worked as a physician and researcher at the University Clinic of Hamburg, Germany and the German Heart Center in Berlin. His research focused on the causes of arteriosclerosis and cardiovascular disease. Today Dr. Rath heads a research and development institute in nutritional and Cellular Medicine, in which Dr. Niedzwiecki functions as the head of research. His institute is conducting basic research and clinical studies to scientifically document the health benefits of micronutrients in fighting a multitude of diseases. Dr. Rath is a member of the New York Academy of Sciences, the American Heart Association and other scientific organizations. His popular science books “Why Animals Don’t get Heart Attacks – but People Do” and “Cancer” have sold several million copies in ten languages.