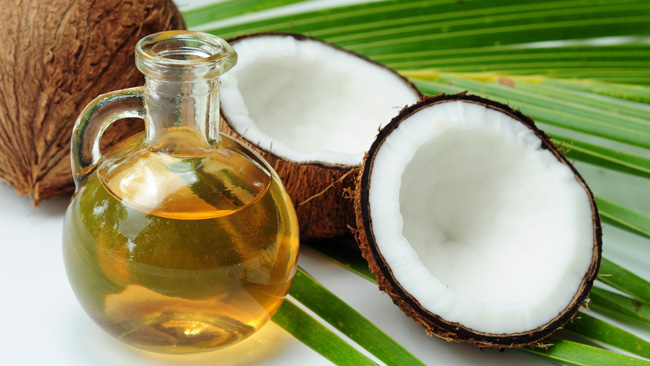 Back in the 1960s when I was born, coconut oil was believed to be the “Devil incarnate” (in liquid form) with more saturated fat than lard or butter, rendering it a “cholesterol-raising” … “heart-attack-causing” … “artery-clogging” nightmare. But is this truth or fiction?

We’ve all heard the rhetoric about coconut oil being unhealthy due to the fact that it contains so much of the scary scary “saturated” fat. But according to Thomas Brenna (Cornell University professor) who has extensively reviewed the literature on coconut oil, a considerable part of its stigma can be traced to one major factor: “Most of the studies involving coconut oil were done with partially hydrogenated coconut oil … Virgin coconut oil, which has not been chemically treated, is a different thing in terms of a health risk perspective….”

The studies did not show that saturated fat (in coconut oil) is harmful, but they indicated that *hydrogenated* coconut oil is harmful. The fact of the matter is that all hydrogenated oils are bad, since they have been chemically altered. So, keep in mind that I’m referring specifically to virgin coconut oil, NOT hydrogenated coconut oil.

In the 1950s, Ancel Keys observed that heart disease appeared to be related to hydrogenated oils (“trans-fats”), but the vegetable oil industry then tried to redirect the negative publicity by vilifying “saturated” fats (like coconut oil). Coconut oil continued to be demonized by the vegetable oil industry throughout the ensuing decades. Adding insult to injury, the soybean industry began to condemn the use of tropical oils, particularly coconut oil. Science and good health took a back seat to profits, as they have on more than one occasion…

In 1981, researchers studied populations of two Polynesian atolls, with coconut being was the chief source of caloric energy in both groups. The results (published in the American Journal of Clinical Nutrition) demonstrated that both populations exhibited positive vascular health. There was zero evidence that the high saturated fat intake had a harmful effect in these populations. Despite the propaganda, the truth is this that UN*saturated fats and “trans-fats” are two primary culprits in heart disease, not saturated fats. If you want proof of this, just do a search for the “French paradox.”

Coconut oil is rich in lauric acid, which converts in your body to monolaurin (the compound found in breast milk that strengthens a baby’s immunity). A great deal of research has established the fact that lauric acid is used by humans to destroy viruses, and various pathogenic bacteria and microbes such as yeasts, fungi, bacteria, parasites, and molds.

Coconut oil contains zero trans-fats and about 2/3 of the saturated fat in coconut oil is made up of medium-chain fatty acids (MCFAs). By contrast, most common vegetable or seed oils are comprised of long-chain fatty acids (LCFAs), which put strain on the pancreas and the liver, are chiefly stored in the body as fat, and harden the arteries with cholesterol. The MCFAs in coconut oil have antimicrobial properties, are beneficial to the immune system, and are easily digested for quick energy. 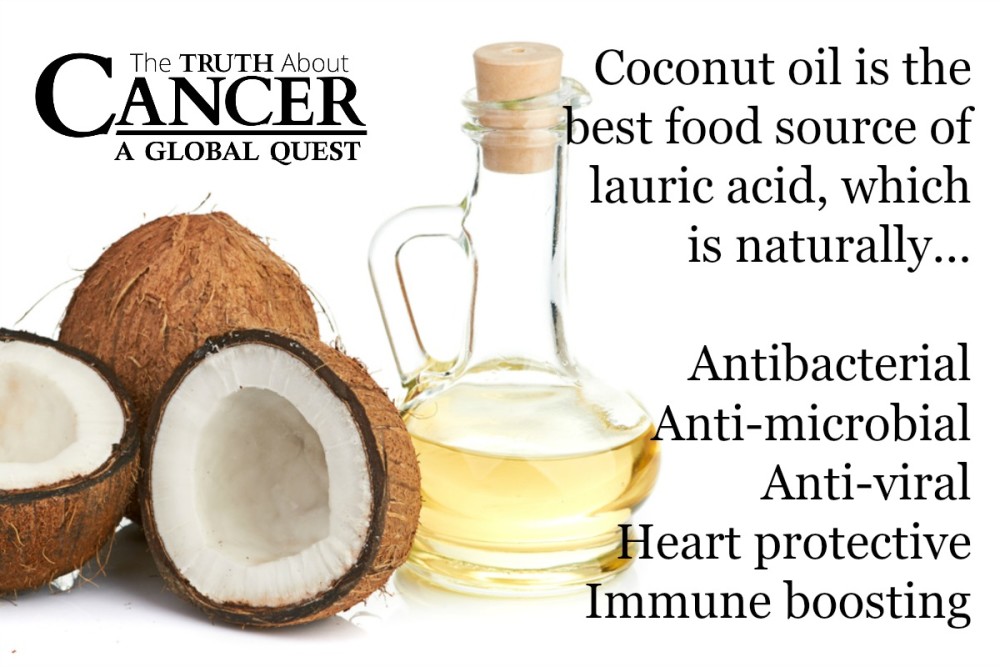 Over 50% of Americans are overweight. One of the principal benefits of coconut oil lies in its ability to stimulate your metabolism. Back in the 1930’s, Dr. Weston Price (a dentist) traveled throughout the South Pacific, examining traditional diets and their effect on dental and overall health. He found that those eating diets high in coconut products were healthy and trim, despite the high fat concentration in their diet. Then in the 1940’s, farmers found out (by accident) that when they tried using inexpensive coconut oil to fatten their livestock, it didn’t work! Instead, coconut oil made the animals lean!

How does coconut oil help you lose weight?

Over time, this can lead to a variety of symptoms and conditions and one of them is weight gain. Coconut oil effectively speeds up a sluggish metabolism, thus promoting weight loss.

For 50 years or more, we have been “programmed” to believe that avoiding saturated fat was the “healthy” thing to do and would help us avoid cancer, diabetes, and heart disease.

However, folks are becoming more aware of how coconut oil actually benefits health and longevity. Coconut oil is making a real comeback because people are beginning to understand that it’s not the “villain” of bad health. The truth is that coconut oil benefits the body in extraordinary ways and is an extremely heart-healthy choice. Many consider it a miracle food and medicine because it cleanses, heals damaged cells, promotes weight loss, and increases cardiovascular function. According to Dr. Bruce Fife, “coconut oil is the healthiest oil on earth.”