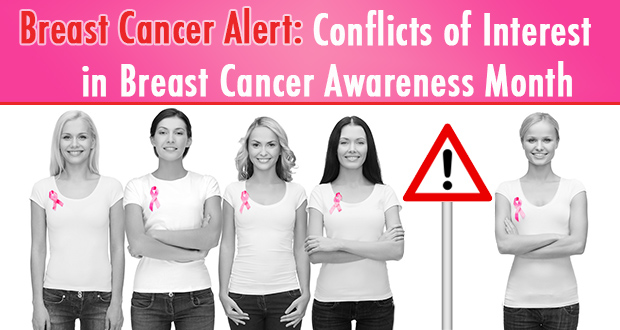 Americans have been taken for a ride by the drug industry. The message constantly being relayed through mass media upholds that the only way to prevent and treat disease is to take pharmaceutical drugs or undergo invasive surgery. This is the primary takeaway every October during Breast Cancer Awareness Month, one of the most politically-charged, special interest-driven scams ever perpetrated on the population at large.

It’s not that breast cancer awareness itself is the problem – most everyone is now fully aware that breast cancer is prolific. It’s the fear-driven solutions being offered by the allopathic medical system that are the problem. This fear is leading millions of women to have their breasts needlessly blasted with radioactive mammograms. And to what end? To diagnose a disease that only ends up funneling billions of “treatment” dollars to drug and medical device companies, while providing little in the way of true healing.

Contrary to what many people believe, Breast Cancer Awareness Month didn’t begin as some kind of objective public health measure to help women avoid and prevent cancer. It was hatched by some of the biggest players in the drug industry as a way to get more women to take breast cancer drugs, as well as promote the expanded use of mammography!

On its company website, drug giant AstraZeneca (formerly Zeneca Group PLC) explains how it launched Breast Cancer Awareness Month back in 1985. It wasn’t just to raise awareness about breast cancer, but also to get more people talking about breast cancer as part of a “national dialogue.” This dialogue has served as the catalyst for generating immense fear in many women’s minds about the possibility of developing breast cancer, which is why more women than ever are now getting routine mammograms.

AstraZeneca actually partners with many of the nation’s leading cancer groups, including the American Cancer Society (ACS) and Susan G. Komen for the Cure, to encourage more women to get mammography screenings. And the program has gone according to plan – we now have more breast cancer diagnoses than ever, with more women undergoing conventional treatments such as chemotherapy, radiation, and surgery, believing these costly and invasive interventions to be their only treatment options.

Who Profits from Mammography Screenings?

Has increased mammograms really helped to curb breast cancer rates and improve survival? At least one study and associated editorial published in the New England Journal of Medicine found that mammogram screenings aren’t increasing lifespans or saving women’s lives. Only about one woman per every 2,500 women screened ends up being “saved” (living for an additional five years is what the medical system considers a “cure”). Meanwhile hundreds or even thousands more are incorrectly diagnosed or suffer adverse effects as a result of mammography screening.

What you likely aren’t being told by your favorite news source is that mammograms have an exceptionally high rate of false alarms – some 500 women per 2,500 screened undergo needless biopsies due to improper diagnoses. In addition, at least five women per every 2,500 screened are treated for cancers that they don’t even have, or that never would have become malignant.

Perhaps not surprisingly, the American Cancer Society, which works closely with AstraZeneca, has been exposed for maintaining secret financial ties to the very companies that produce and profit from mammography and mammogram equipment. In his book Criminal Indifference of the FDA to Cancer Prevention, Dr. Samuel Epstein, Chairman of the Cancer Prevention Coalition, warns that mammography is a lucrative stimulus for maximizing the enrollment of women into the conventional breast cancer treatment fold.

Mammography, he also explains, is a prominent cause of breast cancer due to the heavy radiation load delivered each time a woman undergoes screening.

“Mammography is a striking paradigm of the capture of unsuspecting women by run-away powerful technological and global pharmaceutical industries, with the complicity of the cancer establishment, particularly the ACS, and the rollover mainstream media,” Epstein and his colleague, Rosalie Bertell, PhD, write in the book. 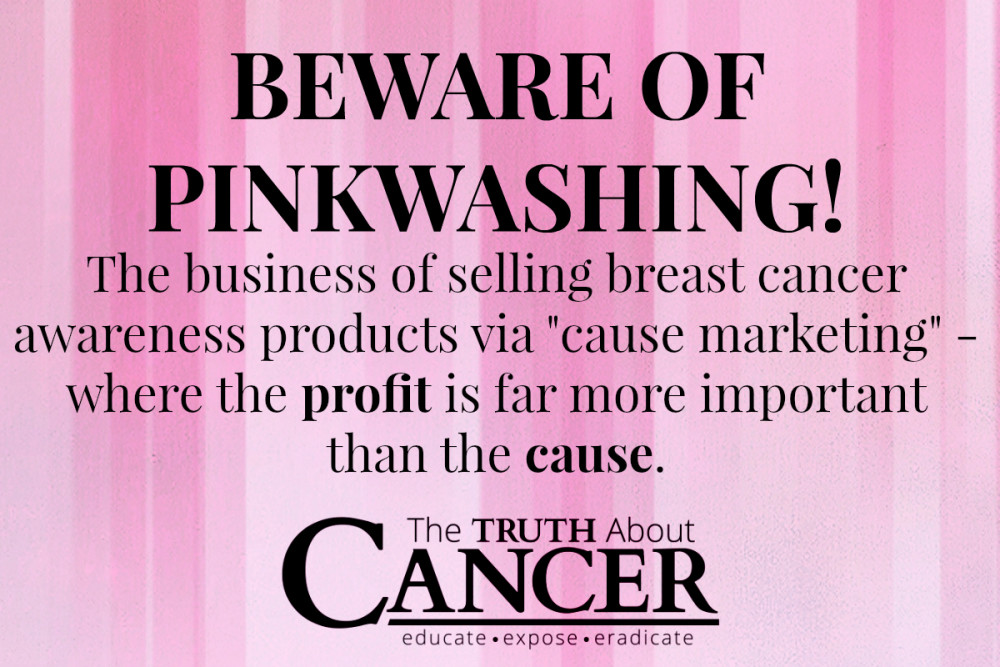 By actively promoting mammography as the only form of “prevention,” (which you can now see directly benefits the American Cancer Society and its partner organizations financially), AstraZeneca is able to then extract billions of dollars in profits from the sale of patented breast cancer drugs such as Arimidex and Tamoxifen. These two “blockbuster” drugs are the bread and butter of AstraZeneca’s breast drug business, and they’re what tens of thousands of women are given after being diagnosed with breast cancer.

The worst part about this racket is that women are being told that getting routine mammogram screenings is the best and only approach for true “prevention.” They’re not being given tips on how to avoid breast cancer-causing chemicals in the environment and food. They’re not being advised about thermography and other more advanced screening and detection methods that are better than mammography at differentiating between malignant and benign breast abnormalities.

Dr. Samuel Epstein describes this paradigm as a type of engrained “blame-the-victim” attitude by the establishment. This essentially tells women to just watch and wait to see if they’re one of the unlucky ones in the “genetic lottery” to come down with breast cancer. And the standard advice to just get screened and hope for the best, he says, is in error.

“This theory attributes escalating cancer rates to heredity and faulty lifestyle, rather than avoidable exposures to industrial carcinogens contaminating air, water, food, consumer products, and the workplace,” he says, noting that practically none of the big names in the cancer industry ever talk about carcinogens.

Fortunately for you, the information I’m working hard to teach you through my website and in my membership newsletter will give you the tools and empowerment you need to avoid falling for all this breast cancer ballyhoo, and hopefully avoid breast cancer in the process.

True prevention is about correcting any lingering nutrient deficiencies and minimizing your exposure to cancer-causing toxins like estrogenic compounds in plastics, for instance, and processed additives and preservatives in food. Komen, the American Cancer Society, and AstraZeneca won’t tell you about any of these things because doing so would empower you to overcome cancer without their expensive screenings and treatments, which would put them out of business.