You are here: Home / Cancer Causes / The Dangers of Radon: The Silent Assassin 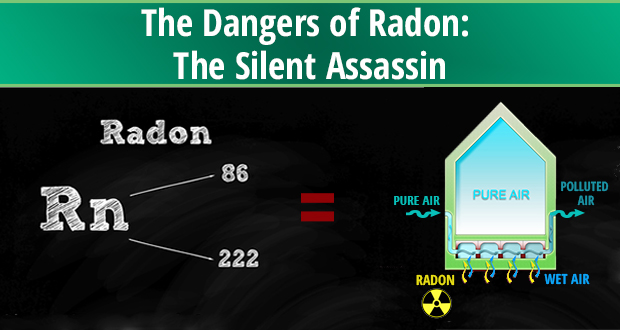 Radon has no color or smell.  There is absolutely nothing to alert you to any threat of danger.

It is one of the second highest cause of lung cancer worldwide, resulting in more than 20,000 deaths in the United States annually.

The primary dangers of radon is that it is potentially everywhere.  It is a naturally occurring radioactive gas that is produced from the decay of radioactive elements – such as uranium – in the earth’s rocks and soil.  Radon gas can also contaminate ground and well water.

For most people, the risk of radon exposure usually comes from where they live and depends on several factors. 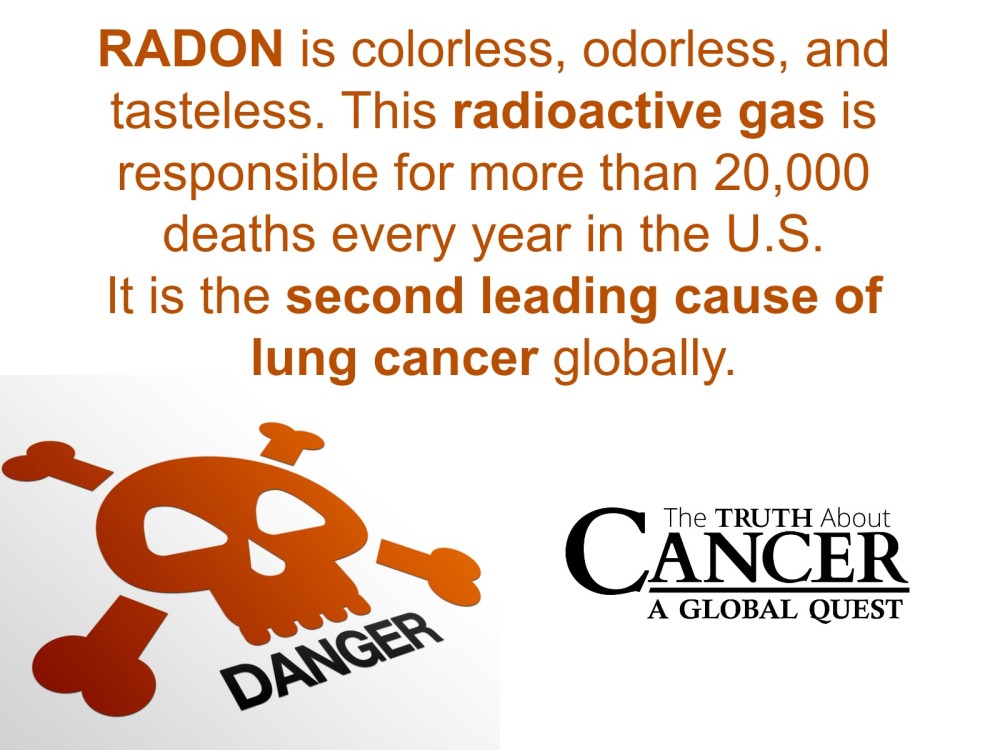 As a rule, radon gas levels are highest in the basement, cellars, or other parts of the home that come in direct contact with the soil.

When radon gas escapes into the air of the home, it breaks down into smaller radioactive particles.  These particles latch on to aerosols, dusts, and other air-borne substances.  When we breathe this contaminated air, these same particles enter into our lungs, are deposited into the cells lining our airways, and begin damaging DNA structure.

This damage, when unchecked, can ultimately lead to lung cancer.

Researchers have revealed that, while it is true elevated levels of radon can increase the chances of one developing lung cancer, a surprising number of people develop lung cancer despite concentration levels being in the low to middle range.

This could be because some people spend more time in their homes, where the danger of radon gas exposure is more likely.  Radon gas is also the primary cause of lung cancer in non-smokers, and if the patient is a smoker, the risk of lung cancer is much higher.

Lower the Risk of Radon in Your Home

These are just some of the things that we can do to reduce the risk of radon exposure for ourselves and loved ones right at home where the undetected gas is most damaging.

←
Previous
Colon Cancer Risks, Symptoms and Prevention
→
Next
What Are Cancer Causing Carcinogens?