You are here: Home / Cancer Causes / Do You Think You “Eat Healthy”? (video) 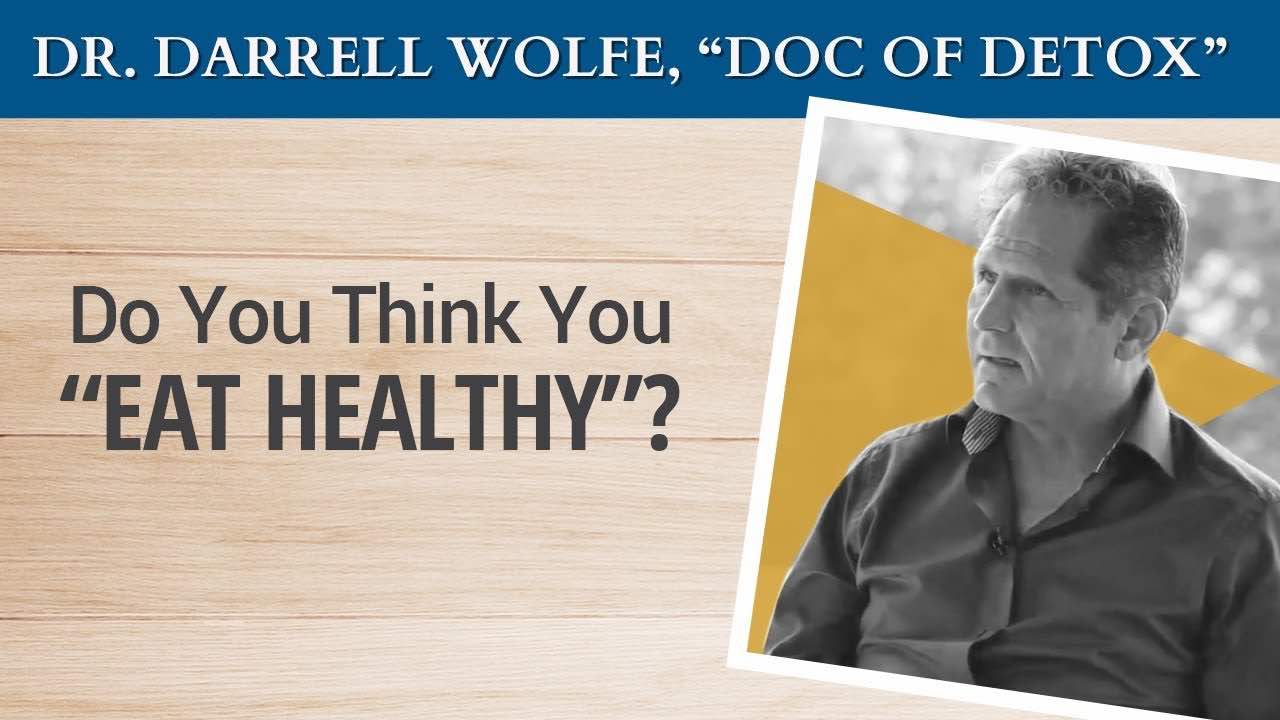 Video Transcript: Do You Think You “Eat Healthy”?

Dr. Darrell Wolfe: We have been educated into ignorance. Take a look at it and when people talk about, “I eat healthy.” They don’t even know what eating healthy is. If you walk into a grocery store, 90% of the groceries in the grocery store are toxic and they’ll cause cancer. Ninety percent. You know what? If it’s not from a farmer, it’s not worth eating.

Dr. Darrell Wolfe: That’s right. I heard somebody say that recently and it really resonated. Because most of the stuff that you’re talking about, this 90% of the foods that cause cancer that are in the stores—I’ve heard that statistic from others and it’s because of the fact that the foods that are in the middle aisles, they are all processed. They all contain cancer-causing agents, chemicals, additives, GMOs, whatever. So you really want to shop around the outer edges of the store when shopping. You know what it really comes down to?

Dr. Darrell Wolfe: We are just so programmed. You know what? We are so dummied down. And I mean, we are all dummied down. I mean, you’ve got basically three percent of the population is in control of 97% of the money. The same families that have been controlling the planet for almost 200 years now, they’ve got it down to a fine art. They own the media and they download us, continually, download us all this stuff.

I mean, who else would play in to all this stuff and make themselves so toxic? And grow tumors, and bathe in chlorinated water, drink chlorinated water, eat processed foods, and just keep piling garbage into in, unless you have [a] lobotomy? 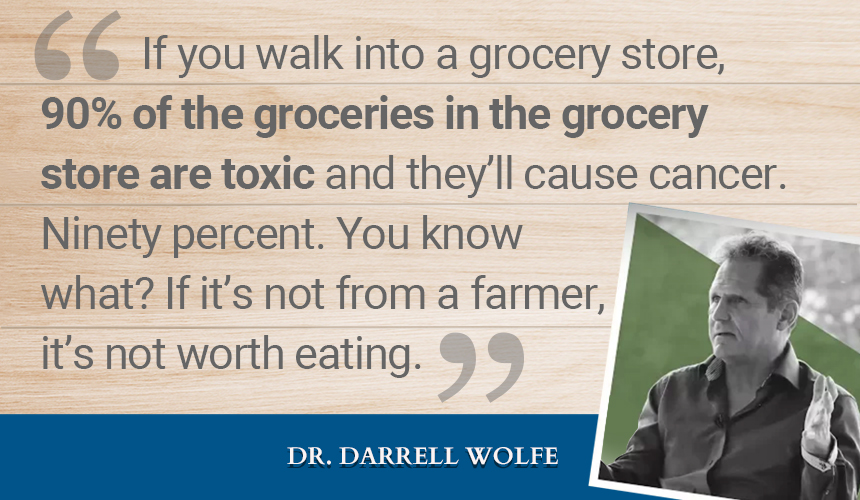 Ty Bollinger: It is programming, isn’t it?

Dr. Darrell Wolfe: Is it ever. Everything is about programming. That’s why the only way we are going to break this program is if you spend 15 minutes in the morning and 15minutes at night actually working on yourself and become self-centered. You have to become self-centered. And you have to know one thing: everybody lies. And all the corporations, they don’t just lie, they will take your life. They do not care. You have to understand that there are very few families that own and control all these corporations.

Did you ever hear of the queen bee? There’s only one queen bee in the hive and all the rest of them are workers and they will all be put to death to save the queen bee. Now, if you lived in a family and you’ve got four generations of this family to five generations in this family, and you were born and raised and you don’t even know, you couldn’t even count how much money you had, and you have the power to manipulate countries, you wouldn’t know even better, would you?

So, these families, they manipulate us and they maneuver us and they get us to eat what they want and it’s just a big game.

Let’s go back. You mentioned that for the last couple of hundred years, the country has been controlled by these families. Let’s go back a hundred years to really—when we looked at the rates of cancer, maybe one in 80 people in 1900 had cancer. And now, the statistics are almost one in two people alive today will face cancer. Why this huge increase over the last century in cancer?

You know what? What they wanted to do is they wanted to galvanize us. How can we get everybody in fear, in panic, and get them motivated into our big thing which is cancer. The big money maker. If you can give somebody cancer then you are going to jack up your sales. And remember something, you know what? When it really comes push to shove, you would save your family before you save me.

I can’t buy groceries without somebody wanting money from me. And now they know they can’t get it from other places. So now it’s about the children. Or it’s breast cancer because they’re sexy. Meanwhile, we got lung cancer more.

So, why is cancer so big? Well, you are what you think about. My little girl, she got a pimple and she’s said, “Daddy, is this a tumor?” That’s programming. But it’s not just that. At the same time they’ve got us panicking in fear, we’re drinking out of plastic bottles, our foods are loaded with chemicals, GMOs. It doesn’t end, does it?

Dr. Darrell Wolfe directed The North American Institute for the Advancement of Colon Therapy for 15 years and also headed up one of North America’s leading natural cancer treatment and preventative health care centers.Dr. Wolfe currently resides in British Columbia, Canada, where he treats and consults patients from around the globe. Dr. Wolfe is the director of the International Training Institute of Health, where they teach in-depth courses to students, health professionals, and corporations worldwide.Dr. Wolfe has 35 years of experience and is known as the "Doc of Detox." He has formulated the most effective and efficient detoxification and restoration program to help those suffering from constipation to cancer. Dr. Wolfe’s Best Selling book "Healthy To 100" uncovers common dysfunctional belief systems regarding today’s health, nutrition and detoxification leaving the reader with simple life-changing, cost-effective strategies.www.docofdetox.com/