You are here: Home / Cancer Treatments / Does Chemotherapy Work? (video) 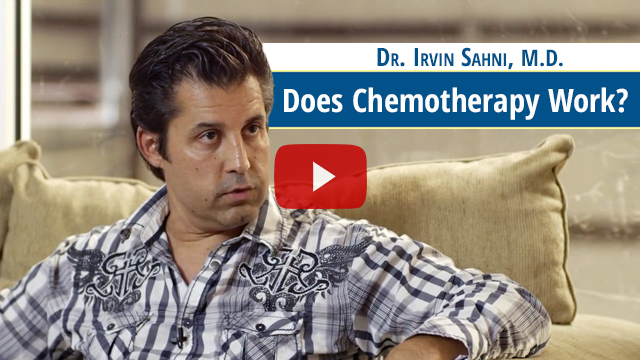 Ty Bollinger: One could make the argument that chemotherapy is never needed in a sick body, couldn’t they?

Dr. Sahni: Well, yes. And here’s where I might diverge from you a little bit, from this line of thinking, and we talked about this before. In my opinion, chemotherapy is very different, depending on the type of cancer. So if you look at, let’s say—here’s a really interesting comparison. If you look at gonad cancer—

Dr. Sahni: Yeah, testicular cancer, seminoma, and you compare it to the female version of the gonads, which is the ovaries. If you look at patients who have testicular cancer, their survival rates with chemotherapy are 95 percent. So, I would certainly argue, in the case of seminoma, that particular chemotherapy, although it may be toxic, tends to be very successful. In the case of pancreatic cancer or ovarian cancer, the results are abysmal. And the five-year survival rate is somewhere in the order of a few percentage points. And so in that case, yeah, I completely agree.

But there are some forms of cancer where I do believe chemotherapy is a good option. Now if there were a natural way to treat that cancer, then absolutely. I’ve always argued in all the Quest Series that they are not necessarily telling people, and I know you’re not telling people to abstain or avoid conventional treatments, what you’re saying is there’s other choices out there. And after reviewing natural means or alternative means and you want to go back and do those conventional treatments, maybe because it’s seminoma versus ovarian cancer, then that’s exactly what this is all about.

It’s about education, information, and being self-empowered in making your own decisions based on the facts, not inserting your bias. But the problem is when you go to see an oncologist, at least as far as I know, they don’t offer you those other opportunities. The menu is very short. The menu is typically three things—chemotherapy, radiation, and surgery.

And in fact, if an oncologist wanted to discuss other alternative or natural means of curing your cancer, they would probably be investigated by the medical board and possibly even prosecuted in some cases depending on the situation. Not only are they not incentivized to do it, but I think in a lot of cases, they are probably scared to even bring up some of these truths.

Ty Bollinger: Actually, we agree on that—the testicular cancer. There’s a few rare cancers that the chemo does actually work on. I think my question was that it was really more intended to bring out the fact that people are not sick with cancer because they’re shy on chemotherapy. So the reason they’re sick is not that they’re chemotherapy-deficient. Not that there are certain cancers that chemo doesn’t work on, like some non-Hodgkin’s lymphoma, testicular cancer, and a few other cancers.

Dr. Sahni: Chemotherapy is not a vitamin. Chemotherapy is not a vitamin D or a vitamin C. If they were to correct their physiology, and they were to give their body the nutrition or abstain from the toxins that cause the cancer, they would actually solve the problem. If someone is exposed to a chemical that is known to cause cancer, they get cancer. They get chemotherapy, and let’s say they get lucky, and they’re successfully treated with chemotherapy, but then they go back and get exposed to that chemical again. 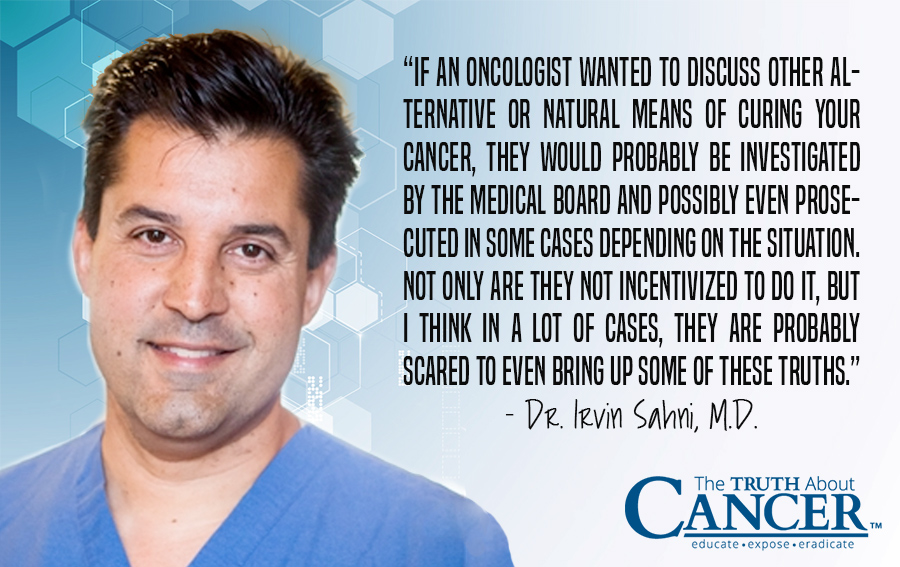 Ty Bollinger: That’s definitely what I was trying to get to is that chemotherapy can be a very effective Band-Aid. Sometimes it can be a huge Band-Aid, and maybe it’s a permanent Band-Aid, but it never really corrects that imbalance.

Dr. Sahni: I think a lot of people still believe − because I talk to patients all the time about this − and they really believe that the fact that they’re going to get cancer is sort of preordained. It’s in their genes. It’s nothing they can do about that. They have no control over it.

They don’t realize that by cleaning up their body or cleaning up the area in their life that’s toxic that they absolutely cannot only prevent themselves from getting cancer but even cure or reverse cancer once they have it. I think that’s still part of the big misconception. There’s sort of bad luck. What can I do? What can I do but go to the doctor and get chemotherapy, radiation, or surgery.

←
Previous
Breast Cancer Survivor Story: 6 Things I Would Do Differently Today If Diagnosed With Cancer
→
Next
Cheerios Nutrition: Is This Popular Food Actually Healthy for Kids & Adults?