Ty Bollinger: I know there are a lot of people involved in cancer treatment, cancer research, myself included, who had some kind of a personal tragedy that got them involved in this line of research. What’s your story as far as why are you doing what you’re doing today? Treating cancer integratively.

Dr. Bita Badakhshan: So I started as a conventional doctor. Finishing family practice residency in New York and then moving back to California, I started working on different urgent cares and for Kaiser as well. And then at Kaiser and urgent care I would see cancer patients who were treating themselves or living their life in an integrated way.

Like pancreatic cancer, late stage. She said, “I was diagnosed a few years ago. I was told I’m going to die in a few months, but it’s now almost three years I’ve been living doing great.” And initially they would say − because they would see me as a conventional doctor − they said, “I know you won’t believe in this stuff.” I said, “No, I’m open to it, I’m very open to everything. I want to learn. I’m eager to learn.” So much stuff out there that we could learn and give better care to patients.

So anyways, to make a long story short, I just kept seeing patients like that and I got guided into that and then I started. And what hurt me was in Kaiser they would get the diagnosis of cancer—they didn’t even have time to research. Within a few days they had to do chemo, otherwise the doctors would tell them they’re going to die or it would spread everywhere.

So they would come—one patient I had she had urinary infection and next day she had to do chemo. I said, “No honey, you have to take care of your kidneys first. It’s a urinary infection. Get rid of the bacteria and then do your research. There’s no rush.” You don’t get cancer overnight, cancer is a process of 10 years, 12 years. I mean within eight years you get a tumor. Sometimes people don’t get diagnoses until 10, 12 years.

So, they kind of tend to scare the patient and they get worried. They don’t have time to research. Then they start the chemo.

Ty Bollinger: So it’s really almost a process of creating fear to get them on the treatments quickly.

Ty Bollinger: That would be considered your kind of “aha” moment where you realize what we’re doing—it’s not working here.

Dr. Bita Badakhshan: Exactly. It’s not working and we need to educate people. We need to tell them there’s other ways to go. Going with the conventional surgery, radiation, chemo is not the way to go. There’s other ways you could do. And also you could do surgery, but no, don’t rush into it. Improve the immune system, boost your body before you do surgery because any cut, any kind of surgery in the body, it will suppress the immune system and also it will attract all the good white blood cells—all your good cells into that area, then what happens? All those cancer cells that are already floating in your body they keep growing.

Ty Bollinger: So the surgery is a really bad impact on the immune system. A drastic effect.

Dr. Bita Badakhshan: It is, and sometimes we do have to do it and we do recommend it, but before doing that you want to boost the immune system before doing any kind of surgery. 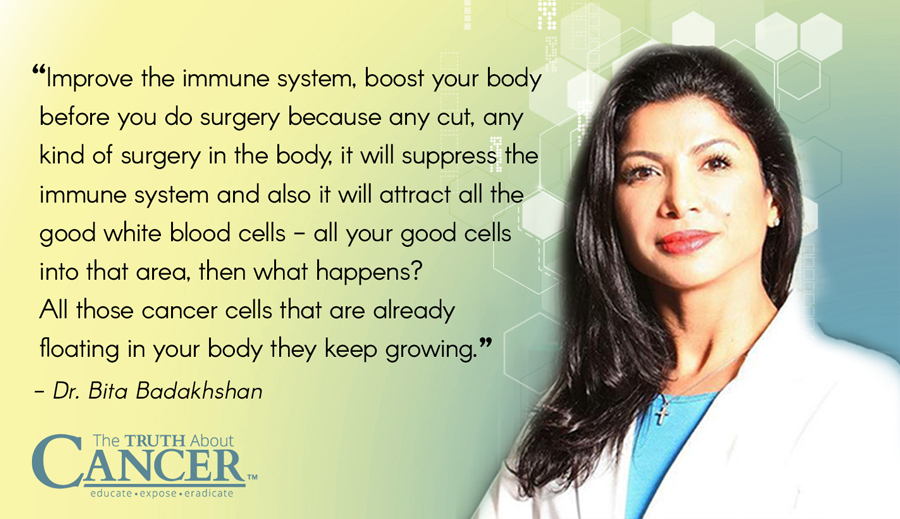 Were you rushed into conventional cancer treatments by your doctor? Please share your experience in the Comments section below.

←
Previous
Dysphagia: A Hard to Swallow Side Effect of Conventional Cancer Treatments (+ Recipe)
→
Next
4 Factors and Prevention Strategies for Cancer Metastasis 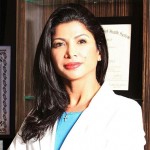 Dr. Bita Badakhshan is a member of the American Board of Integrative Holistic medicine. She has a true passion for nutrition and maintains the powerful belief that food and its natural ingredients can be applied as alternative medicine. Under the mentorship of Dr. Leigh Erin Connealy, Medical Director at the Center for New Medicine in Irvine, CA with 30 years of experience in the field, Dr. Badakhshan has placed special career focus on cancer prevention and integrative cancer treatments.