You are here: Home / Nutrition / Entomophagy: An Untapped Source of Nutrition in the U.S.? 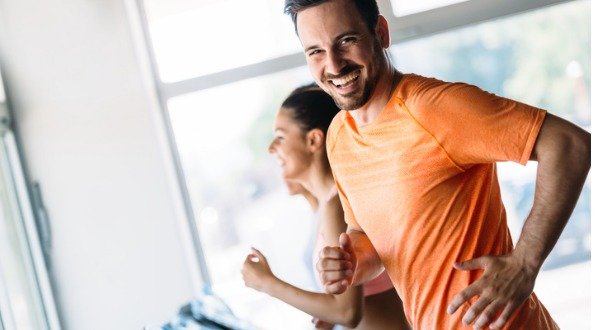 Have you ever heard the term “entomophagy”? (pronounced en-toe-moff-ah-gee)

Entomophagy encompasses the human practice of consuming insects as food. Chances are you’re unfamiliar with this peculiar term, because bugs have never really been a part of the traditional Western diet.

So, naturally, almost nobody talks about eating them – especially in categorical terms like this. But maybe we should, seeing as how the insect world represents a largely untapped treasure trove of nutrition…

Once you get over the “gross” factor, the idea of eating insects suddenly becomes no different than eating a medium-well steak or grilled chicken breast. Take the lowly cricket, for example. Part of the non-Western global diet for millennia, this chirping little critter is a nutritional powerhouse, with a pleasantly mild and nutty flavor profile that you might not expect.

It’s one of the many reasons why cricket consumption is rapidly gaining traction here in the West as a new found and premiere source of complete nourishment, though perhaps not in the form you might expect.

Most people prefer NOT to chomp down on full insect bodies (head, thorax, abdomen, and all), which is why we’re starting to see all sorts of creative alternatives such as meal replacement bars, superfood beverages, and other cricket-based health foods hitting store shelves.

Turning Crickets Into All-Purpose “Flour” for Everyday Use 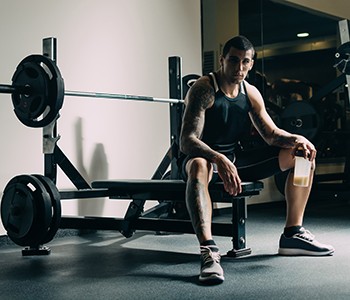 Arguably the most functional form of cricket food that humans are eating these days is cricket flour or cricket powder. Similar in appearance and texture to a typical protein powder, cricket powder contains all the protein, carbohydrates, vitamins, and minerals of the insect in its entirety. Additionally, cricket powder is exceptionally bioavailable for lasting sustenance.1

It also contains impressively high levels of all nine essential branched-chain amino acids, or BCAAs, which serve as the building blocks of muscle growth and energy production.2

A growing number of athletes, in particular, are turning to cricket powder because of the fast-action support it provides.3

So where does cricket powder come from? It’s simple. Crickets raised by insect farmers are dried and often roasted before being milled into a fine flour that has virtually unlimited versatility. Like any other flour, cricket powder can be used to make protein powders, protein bars, smoothies, baked goods, and practically anything else that contains flour or protein as an ingredient.

Perhaps the most appealing aspect to cricket consumption, at least from an environmental perspective, is that they’re easy to produce and require very little in terms of cultivation space and other growing inputs.

In other words, cricket flour earns an A+ on the sustainability scale – outperforming many other more traditional sources of protein such as meat. 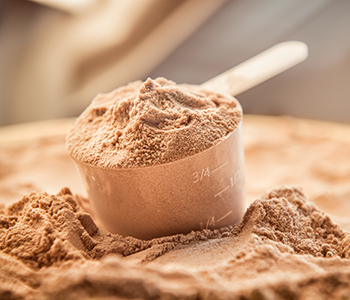 So how does cricket powder stack up to other high-protein foods in terms of overall nutrition on a per-serving basis?

Besides its high protein content, cricket powder contains almost five times more magnesium, and over three times more iron, than beef. And because insect flour contains the whole insect, it’s also dense in many other important nutrients not commonly found in high quantities in traditional meat.

“You’re not just eating muscle,” says Daniella Martin, author of the book Edible: An Adventure into the World of Eating Insects and the Last Great Hope to Save the Planet. “You’re eating bones and organs, which deliver calcium, iron, vitamin B12, and zinc. It’s like if somebody ground up a whole cow.”

A single ounce of cricket flour, which clocks in at about 28 grams, is composed of 19.8 grams of complete protein – more than 70% of its volume – and 3.68 grams of BCAAs.

Chitin has further been shown to support a healthy gut microbiota by feeding beneficial microbes the nutrition they need to grow and proliferate.5

Cricket flour also contains an impressive lineup of healthy fats – 5.4 total grams of omega-3s and other beneficial lipids per ounce – as well as high amounts of B vitamins and other vital nutrients.

Ounce for ounce, cricket powder is superior in almost every nutrient category compared to whey protein6, soy protein, and egg white protein, earning for itself a designation as a best-in-class superfood.7

“Nutritionally, insects are quite excellent,” says Dr. Arnold van Huis, PhD, an entomology researcher at Wageningen University in the Netherlands. “In a number of instances, they’re even better than normal meat.”

Its amino acid profile represents another important area where cricket flour really shines. With more than twice the amount of L-arginine as whey protein concentrate,8 cricket flour outperforms this popular dietary supplement in its ability to relax blood vessels, improve circulation, and increase blood flow – all of which support a healthy, youthful, and athletic state of being.9

Compared to whey protein concentrate, cricket powder also contains more than three times the amount of glycine, twice the amount of L-histidine, and 138 times the amount of L-leucine. These amino acids provide full-spectrum support for muscle growth and maintenance, healthy digestion, balanced blood sugar levels, balance of the central nervous system, and may even help protect the body against abnormal cell growth.10

What Do You Think About Entomophagy?

With its agreeable taste, environmental sustainability, and excellent nutrient profile, the only thing holding most people back from entomophagy (specifically when it comes to a product such as cricket flour) is unfamiliarity. But if health is your primary focus, then doesn’t it at least merit a try?

To learn more about the role of protein in an anti-cancer diet, check out this video.